Stealing books – the clever and the stupid way - GulfToday 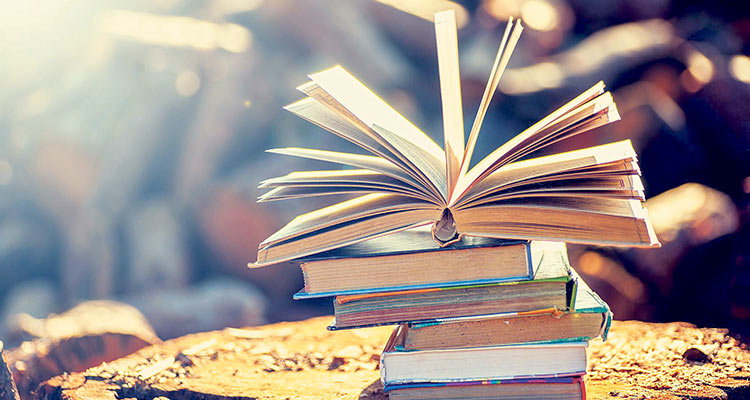 Anyone who has ever thrown a book or books away must surely regret their decision later. I’ve done it and regretted it. To my horror, I discovered years later that one of the books I threw away was actually much sought after.  It was the first and only edition of the original Charlie’s Angels novel that came out in the 70s.  It was based on the very first episode of the very first original series.  I can tell you that at the time I was forced to discard items due to severe space constraints and later still a heavy duty move from one country to another. There just wasn’t room for anything.

But books are precious. They are the past, the present and the future. But for many they are just a means to making a lot of money and by that I do not mean writing a book and selling it.  Nor do I mean plagiarising a book and then selling it under your own name.  I mean actually stealing books.  And not just any old books, I am referring to rare books that fall into the realm of antiquities. Antiquities that are worth millions of dollars. Books that were stolen from a warehouse in West London included works from Galileo, Newton and Dante, and some very valuable works of art.

Apparently the prime suspect is a Romanian crime family renowned for carrying out such heists. The haul was found under a secret compartment in a house and, yes, this does sound like something out of a crime drama. It was a pretty sophisticated theft as it went unnoticed for years, or at least it took the authorities years to locate the stolen goods.

But some thefts are not so sophisticated and sometimes they are just downright stupid.  Imagine four university students being shown around their library. Then they enter a specialist library within the main library. A library teeming with books from the greatest scientists in the history of science and dating back hundreds of years. These four students appreciate these literary works.  But there is appreciating and then there’s appreciating. Appreciating is good but when you appreciate too much, bad things begin to happen.  These four students decided that it might be a good idea to steal the books. But their plan was so messy that they got caught. Nevertheless, they acquired a nickname after their crazy caper was turned into a movie.

Reading about the four students reminded me of the number of times my classmates were caught trying to take reference books out of the university library. For clarity, reference books were not meant to be borrowed.  They were meant to be read in the library. Now my classmates weren’t bad people. They just needed to read the references more thoroughly at home and their intentions were to return the books the very next day. They thought they’d temporarily removed the security tag or tags they could see only to discover that there were many others hidden somewhere else within the book when the library security alarm went off. One could see red faces everywhere.

Of course the staff knew what these boys were up to but never did anything serious about it except to take the books back. The boys would say they were in a hurry and accidentally popped it in their rucksack.  That excuse worked for a single book. But had they taken more than one that excuse would actually have been a lie. From what I understand it was always one book.  Some boys turned into ‘the usual suspects’ and were under the special eye of the librarian since we didn’t have security guards in those days.

When the boys realised they were under special scrutiny I saw them devise another plan, one that involved two boys.  One was in the library and the other outside. I witnessed my classmates performing a mini-heist with a very commonly sought after reference book.  One boy opened the library window and tossed the book out so that his companion would catch it below.  I don’t know if it worked or if they got caught but it is rather amusing now that I think about it years later.

This whole talk about stealing books reminds me of a Seinfeld episode in which George Constanza was forced to buy a book from a bookshop after security caught him taking it into the bathroom to read while he did his business. He denied doing it until he was shown security footage of him in the act.  Obviously a book that had been in the bathroom couldn’t be sold.