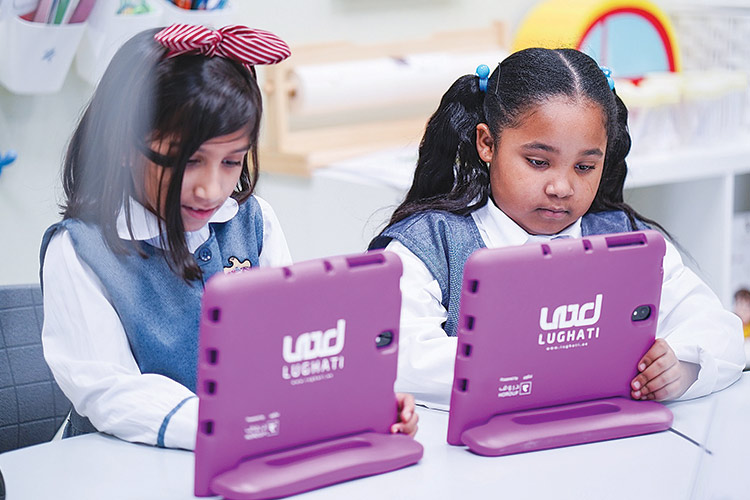 The initiative aims to assist students in learning Arabic in an interactive and fun way.

It truly shows that the love for Arabic is alive and well, particularly among children in the UAE.

Building on the success of the previous four phases, the initiative has distributed tablets among about 25,000 students and 1,000 teachers from 80 schools so far in both Sharjah city and the Eastern Region.

Owing to the virus pandemic, children can learn Arabic in an interactive and fun way using the latest technology, from the safety and comfort of their homes. The tablets are equipped with the updated version of ‘Horouf’, a smart application developed by Horouf Educational Publishing – a subsidiary of Kalimat Publishing Group, that aids students in accessing information provided by the Ministry of Education.

Badria Al Ali, Manager of the Lughati Initiative said: “The final two phases of the initiative reflect Lughati’s successful track record of over 7 years in instilling a love of Arabic in the hearts of children. We have succeeded in enhancing their Arabic skills by using interactive and innovative tools, while highlighting the beauty of this language that is a national treasure.”

The continuing support by His Highness Dr Sheikh Sultan Bin Mohammed Al Qasimi, Supreme Council Member and Ruler of Sharjah, has been instrumental in Lughati achieving its objectives. His Highness’s firm conviction that the Arabic language reflects the UAE’s past and present and that by promoting it will help preserve the national identity and advance the nation’s culture and heritage, has been a great inspiration.

Sharjah plays a stellar role in promoting smart teaching and learning of Arabic, thanks to the unstinting support of Sheikh Sultan.

Recently, the Ministry of Education signed an agreement with Mohammed V University Abu Dhabi to develop curricula and teaching methods for the Arabic language.

The agreement aspires –among its goals – to serve the Arabic language by focusing on teaching methods and developing them according to the requirements of the times.

However, there are some issues that need to be focused on. During a Unesco meet in Paris last year, Culture Minister Noura Al Kaabisaid, “While English dictionaries are updated annually, Arabic dictionaries have not been updated for decades. With 420 million people speaking the Arabic language, this poses a global challenge to Arabic. This prompted the UAE to work on the ‘State of the Arabic Language and its Future’ project, and we will make recommendations soon.”

A report earlier this year said the number of monthly users of NYU Libraries’ Arabic Collections Online, ACO, increased from 50,000 to 350,000 in March, as remote learning and self-quarantine have become the order of the day.

Arabic also has an influence on other languages. For instance, Russian words have Arabic roots and vice versa. The Russian culinary lexicon, or their words describing animals, have Arabic origins.

Yes, other languages are also important, such as English and French, but Arabic is the mother tongue for many, and that needs to be encouraged. For this is the way to ensure preservation of identity – and heritage. 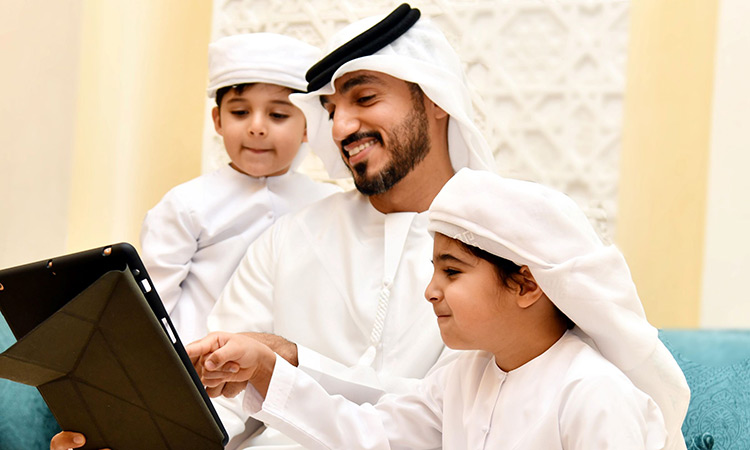 Boycotting technology to avoid its drawbacks is not a plausible solution as these technologies are necessary for education, said Her Highness 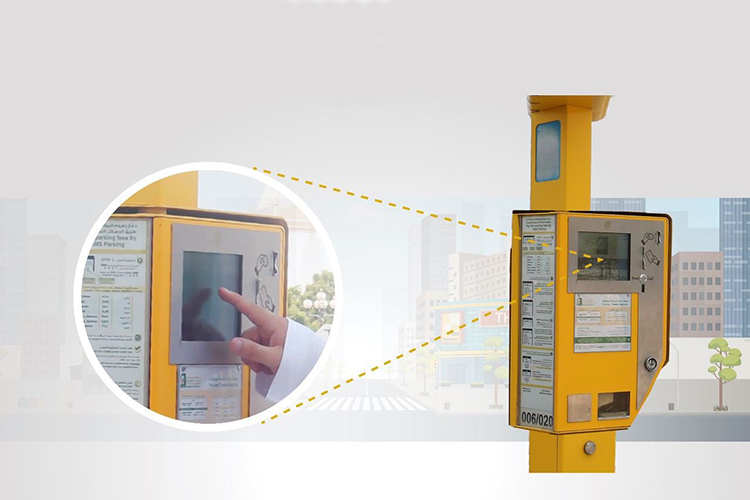 The smart screening vehicles are equipped with advanced cameras that can identify the vehicle numbers recorded via the touch-screen parking meters.