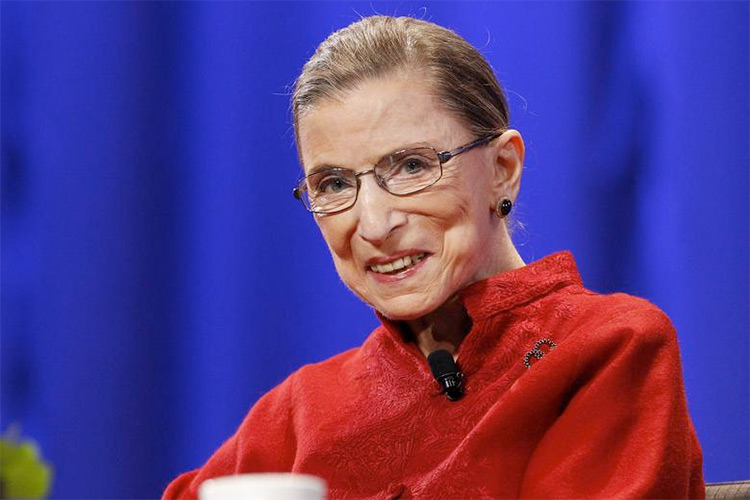 McConnell’s tender concern for the will of the people has evaporated in 2020.

Even before the late, great Ruth Bader Ginsburg, who died Friday night, is laid to rest, the Senate majority leader is urging a vote on her successor be held within the next few weeks. President Donald Trump wants the process completed within weeks, before his term ends on Jan. 20, or even before the Nov. 3 election. In other words, for Trump’s GOP, the people’s will is no longer paramount — because the people might vote for the opposition. Polls show that 62% of Americans believe the court choice should be made by the next president. But in Trumpworld, the Democratic Party and its leaders are the enemy, as the president daily proclaims in tweets and at rallies.

This is not the normal stuff of partisan politics, but something far more dangerous. Delegitimising the opposition is the trademark of demagogues in countries led by dictators or lapsed democrats — as I’ve witnessed in Russia, China, Turkey, Hungary and elsewhere.  It is Trump’s trademark, too. The president’s rush to replace Ginsburg is the culmination of his efforts to effectively establish one-party rule. From his inauguration speech on, he has painted his political opposition as instigators of American carnage, making ugly personal attacks against Democratic Party leaders.

Since COVID-19 struck, Trump has blamed “blue state” governors and mayors for his own failures to curb the virus, implying that cities and states that elect Democratic officials aren’t part of this country. Protests for racial justice, some turned violent, have been used to tar all Democrats as “anarchists” and “looters.” Fact-based journalists who challenge Trump’s fake claims are denounced as “enemies of the people,” even as Fox News regurgitates his poison.

But despite all of the above, polls still show Joe Biden leading.

So Trump has morphed from discrediting the Democratic Party to discrediting the election itself, spinning endless lies about massive voter fraud while claiming “the only way (Democrats) are going to win” is by rigging the election. Expectations are mounting that the GOP may refuse to recognize a Biden victory or mount endless court challenges.

Which brings us to the White House rush to lock in a historic 6-3 conservative majority on the Supreme Court for decades — if possible, before the Nov. 3 results are in.

Just imagine the havoc if Biden wins and/or the Democrats take back a majority in the Senate. After Nov. 3, you could have a lame-duck Senate, including defeated GOP senators, that confirms a crucial sixth conservative Supreme Court justice. This could happen even if Trump is defeated.

So much for the will of the people. Or for the diminished reputation of an uber-partisan Supreme Court that would likely try to undo any major legislation a Democratic Congress passed.

And since Trump will claim the election was stolen if he loses, that very Supreme Court could wind up ruling on endless challenges to a Biden victory.

But it could get worse.

Just imagine what Trump will do if he wins the presidency, and/or retains control of the Senate. A politicised Supreme Court would no doubt be asked to further suppress voting by minorities, punish Trump’s opponents and curb a free press. In other words, to try to ensure that the Democratic Party could not win in the future.

The president has plenty of autocrat friends who can give advice. Hungary’s Viktor Orban, whom Trump praised and invited to the White House, brags openly about his “illiberal democracy.” Hungary holds elections, but Orban’s nationalistic Fidesz Party has taken control of executive and legislative powers along with the court system, with the ability to manoeuvre election laws so that the opposition can’t gain a majority.

Bottom line, in autocracies and backsliding democracies, leaders know they need to control the courts in order to cripple their opposition. Trump knows this, too.