Hope for the best - GulfToday 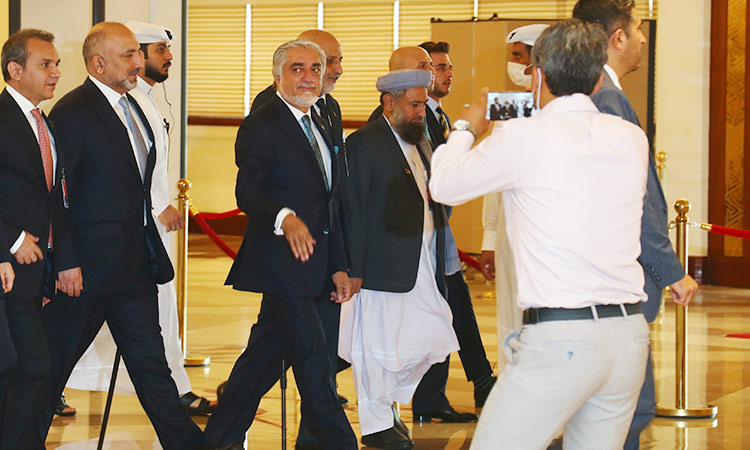 Chairman of the High Council for National Reconciliation Abdullah Abdullah arrives for the talks in Doha. Reuters/ File

Peace talks between the Afghan government and the Taliban are a golden opportunity for both to end nearly two decades of war. It is the best opportunity not only for peace in Afghanistan but also for a peaceful region (“Historic peace talks to begin between Taliban, Afghan government,” Sept. 12, Gulf Today website).

It seems like a miracle after almost two decades of war that the Afghan government and the Taliban agreed to sit together on the negotiating table in the best interests of Afghanistan.

Afghanistan has been bleeding for the last four decades. The war is not a solution to any conflict. Sincere negotiations between the stakeholders are the only way to solve any problem and bring about peace and stability in the country.

The US-backed negotiations come six months later than planned owing to bitter disagreements over a controversial prisoner swap agreed in February. Start of Afghan peace talks was not an easy task. The first round of peace talks between Afghan government and the Taliban is like a dream come true.  The world must give credit to the United States President Donald Trump and the Prime Minister of Pakistan Imran Khan who made a sincere effort to bring both the parties to the negotiating table.