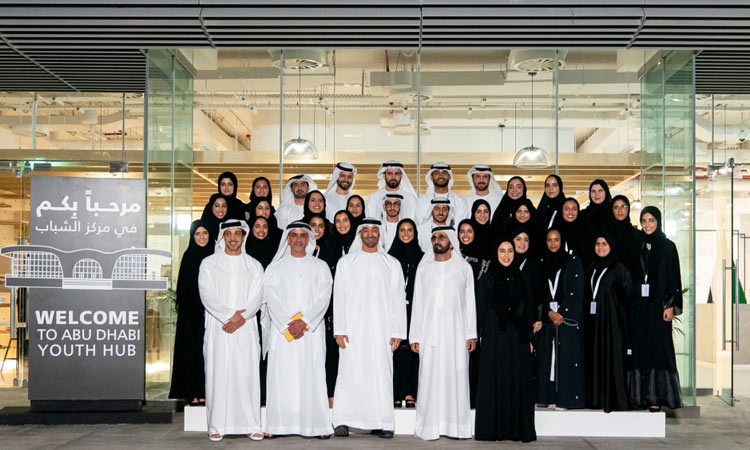 Sheikh Mohammed and Sheikh Mohamed Bin Zayed pose for a photograph during an event. File

There is no match for the UAE, when it comes to women’s empowerment and gender equality. Emirati women are certainly lucky to be supported and empowered by the UAE’s leadership, enabling them to participate in the development process initiated by the Founding Father, the late Sheikh Zayed Bin Sultan Al Nahyan, with the support of Her Highness Sheikha Fatima Bint Mubarak, Chairwoman of the General Women’s Union (GWU), President of the Supreme Council for Motherhood and Childhood, and Supreme Chairwoman of the Family Development Foundation (FDF).

As the nation marked the Emirati Women’s Day on Friday, it was clearly time to underline the outstanding contributions and accomplishments by Emirati women in all fields.

Sheikha Fatima’s has ordered the drafting of a national strategy to support women’s empowerment plans and this will further boost the efforts. A series of initiatives have been launched aimed at ensuring the readiness of Emirati women, in line with this year’s slogan announced by His Highness Sheikh Mohammed Bin Rashid Al Maktoum, UAE Vice President, Prime Minister and Ruler of Dubai, “The Preparations for the Next Fifty Years.”

The UAE is ranked as a leading country in gender equality in the region, according to the World Economic Forum’s 2020 Global Gender Gap report.

While the literacy rate of both women and men in the UAE is close to 95%, today, more women than men complete secondary education and enroll in university and post-graduate institutions.  The UAE had the highest number of women on Forbes’ 100 Most Powerful Arab Businesswomen in 2020 with 23 Emirati women on the list.

Women’s participation is particularly strong in the public sector. In fact, women hold two-thirds of public sector jobs in the UAE, with 30% in leadership roles and 15% in technical and academic roles.

In November 2015, Dr. Amal Al Qubaisi was appointed President of the FNC, making her the first woman in the region to lead a national assembly.

It may be recalled that in 2004, the UAE became a signatory to the United Nations Convention on the Elimination of All Forms of Discrimination Against Women (CEDAW).

Emirati woman make up 45 per cent of the UAE’s space sector workforce, which reaffirms the government’s commitment to encourage a more diverse career path for them.

Emirati women have also become partners in the country’s historic overall advancement and are performing their key role in the peaceful nuclear energy sector.

Women represent 20 per cent of the total employees of the Emirates Nuclear Energy Corporation, ENEC, and its branch companies.

As well stated by Her Highness Sheikha Jawaher Bint Mohammed Al Qasimi, wife of the Ruler of Sharjah and Chairperson of the Supreme Council for Family Affairs, SCFA, the secret behind the success of the Emirati woman lies in her genuineness in her motivations and sincerity in her goals that meet the needs of her community, which are consistent with its noble values, so we are confident that we will continue towards achieving more successes that we will celebrate every year.

Emirati woman has exceeded all expectations and made huge achievements. Emirati women have proven to everyone that they are capable of supporting the country under all circumstances. 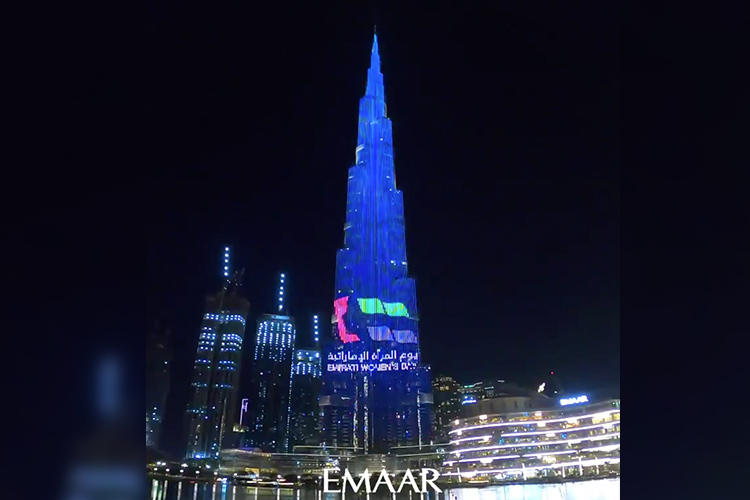 “This Emirati Women's Day, we celebrate every Emirati woman who dared to dream, create and push boundaries. #BurjKhalifa #EmiratiWomensDay #motherofthenation…”

Once again the UAE has shown that when it comes to championing the cause of women or their rights, it is no mute spectator or a back bencher.