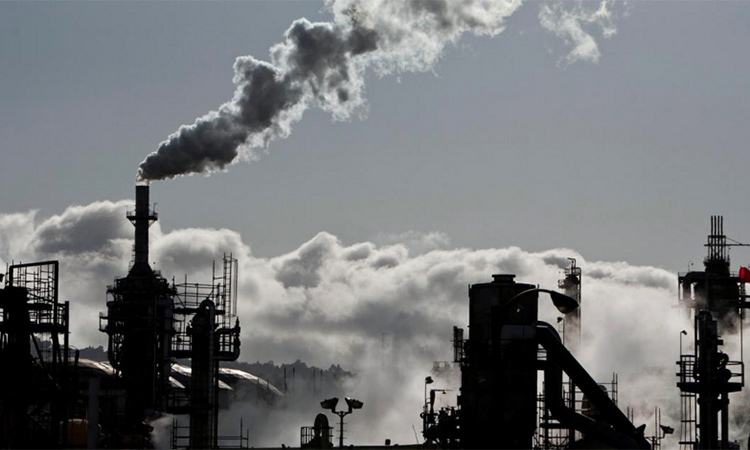 Addressing the nation on Independence Day, 15 August 2020, Indian Prime Minister Narendra Modi on Saturday announced a series of plans to protect environment and biodiversity. These ranged from saving Gangetic dolphins and Asiatic lions as carried out successfully by Project Tiger to making Ladakh carbon neutral and reducing pollution in 100 cities. He also spoke on renewable energy and the need to maintain a balance between development and the environment.

This comes in the wake of environmentalists calling for refocused environmental strategies, especially after the pandemic. India’s efforts to tackle pandemic-related health and economic setbacks urgently needs to bring back environmental issues to the forefront in policymaking.

Referring to the National Clean Air Programme, launched in January 2019, Modi said, “A special campaign is being worked out to reduce pollution in 100 selected cities with a holistic approach.”  He also announced the government’s big plans for the creation of 7500 MW solar park in Ladakh.

To give a push to the country’s biodiversity, he further announced projects to conserve Asiatic Lions and Gangetic dolphins while reminding the nation of the success of earlier projects, Project Tiger and Project Elephant. He declared the launch of Project Dolphin as well, aimed at the conservation of the Gangetic river dolphin that was instituted as the National Aquatic Animal in 2010.

According to a report by the Ministry of Environment, Forests and Climate Change earlier this year, there was a 29% increase in the population of the Asiatic lions that live in Gujarat’s Gir forest, taking the number from 523 in 2015 to 674 in 2020.

But there is a lot more to be done.

As a Mongabay-India report points out, along with the push for renewable power, India continues to boost coal production. It states that this means the six states in central and eastern India, which have 90% of India’s coal reserves, may not see a just transition to clean power. The report adds that experts working in the renewable power sector and those working with communities point out that the livelihood ecosystem driven by coal mining-based jobs is a major hindrance in the transition to clean energy. Coal continues to be the mainstay of India’s power mix, contributing to more than 50%. With its policies, the national government also makes it clear that this will remain the scenario at least for several years even as the emphasis on renewable grows.

It is then obvious that we cannot ignore the ill-effects of continued mining and the degradation of the environment exacerbated by the felling of trees and water pollution. There has to be a simultaneous push for coal and renewable energy.

Another stark reminder of the need for urgent solutions is the impact of floods across India. As another Mongabay-India report points out despite this July being the driest July in the last five years, many parts of India are still reeling under the floods. Flooding is normal during monsoon and needed to carry out some natural processes like bringing alluvial soil to fields, groundwater recharge or replenishment of waterbodies.

However, due to erratic weather patterns and increasing intense rainfall events, floods have become unpredictable and intractable. In the last few years, the number of incidents and scale of floods has sharply increased. Experts state that effective and structured flood management is urgently required to handle this challenge. Officially, the total flood-prone area of India is around 40 million hectares which is equivalent to 12% of the total area of the country. Experts note that this figure does not show the actual geographical area vulnerable to floods. Despite having a plethora of agencies, flood control and management remains a problem. Experts believe that streamlining and coordination among the vast network of agencies is a pressing requirement.

Other issues are raising their head too. In a webinar organized by the Impact and Policy Research Institute (IMPRI), New Delhi, a senior United Nations expert on waste management has raised the alarm that while before the Covid-19 outbreak, a government or a private hospital would typically produce 500 grams of biomedical waste like syringes, urine bags, gauze, etc., per bed, daily, now that number has gone up to between 2.5 kg to 4 kg per bed. Experts also pointed out that there has been a sharp increase generation in plastic waste during the Covid-19 crisis, with major reasons being online delivery, panic buying, stockpiling, and PPE disposal. Single-use plastics like gloves, masks, and aprons are also in high demand.

A prescription for environmental failure

On March 23 this year the Ministry of Environment, Forests and Climate Change released a set of draft Environment Impact Assessment (EIA) rules drawn up to replace the ones in force since 2006.