Her statewide experience as California AG to help matters - GulfToday 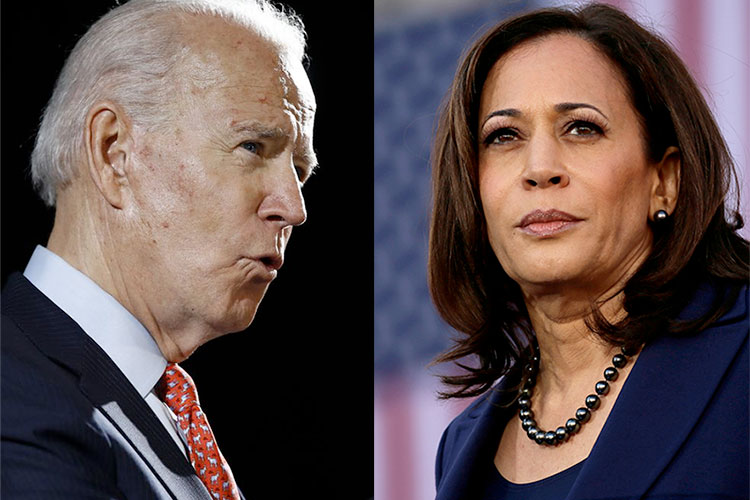 Harris, who centred her unsuccessful White House bid last year on a promise to “prosecute the case” against President Donald Trump, was widely seen as a front-runner to be Biden’s vice presidential pick. With her statewide experience as California attorney general and four years in the US Senate, Harris was among the most conventionally qualified of the half-dozen or so women under consideration in the most diverse crop of contenders ever.

“I need someone working alongside me who is smart, tough, and ready to lead. Kamala is that person,” Biden wrote in an email to supporters on Tuesday afternoon.

In many ways, Harris, 55, is a safe pick — broadly popular in the Democratic Party and well acquainted with the rigours of a national campaign. But her selection also carries symbolic heft in this moment when race relations are at top of mind for voters, particularly since Harris, who is of Indian and Jamaican descent, had her own highly publicised confrontation with Biden over race during the primary.

“Joe Biden can unify the American people because he’s spent his life fighting for us. And as president, he’ll build an America that lives up to our ideals,” Harris tweeted. “I’m honoured to join him as our party’s nominee for Vice President, and do what it takes to make him our Commander-in-Chief.”

Despite her strengths, Harris’ selection is not without risk, particularly if the race tightens. She was an inconsistent candidate in her own presidential run, and her record as a prosecutor has at times been a political millstone, particularly as attitudes on law enforcement and mass incarceration have dramatically shifted to the left. While Harris has more forcefully embraced criminal justice reform recently, she faces lingering distrust from some in the party’s progressive faction, including younger voters of colour who did not broadly embrace her candidacy.

While the Trump campaign was quick to paint Harris as an out-of-touch liberal, the president himself appeared a bit subdued in reacting to the pick during a news conference Tuesday evening. He called her his “No. 1 one pick,” but added that he was surprised by her selection because “she did very, very poorly” in her presidential run and she had clashed with Biden during the primary.

His fiercest criticism centered on Harris’ grilling of Supreme Court Justice Brett M. Kavanaugh during his Senate confirmation hearing in 2018, one of several breakout moments she had as a new senator. “She was the meanest, the most horrible, the most disrespectful of anybody in the US Senate” during the hearings, Trump said.

Vice President Mike Pence, appearing at a campaign event at Mesa, Arizona, welcomed Harris to the race with a hint of sarcasm and boos from the crowd. “As you all know, Joe Biden and the Democratic Party have been overtaken by the radical left,” he said. “So given their promises of higher taxes, open borders, socialised medicine, and abortion on demand, it’s no surprise that he chose Sen. Harris.”

Pence and Harris will meet on the debate stage on Oct. 7 in Salt Lake City.

Long considered a rising star in Democratic politics, Harris’ ascent to the presidential ticket has the potential to position her as a future leader of the party, particularly given that, should Biden be elected president, he would be 78 years old when sworn in. Biden, himself a former vice president, said his choice of a running mate would be a “simpatico” governing partner and someone ready to assume the Oval Office on “a moment’s notice.”