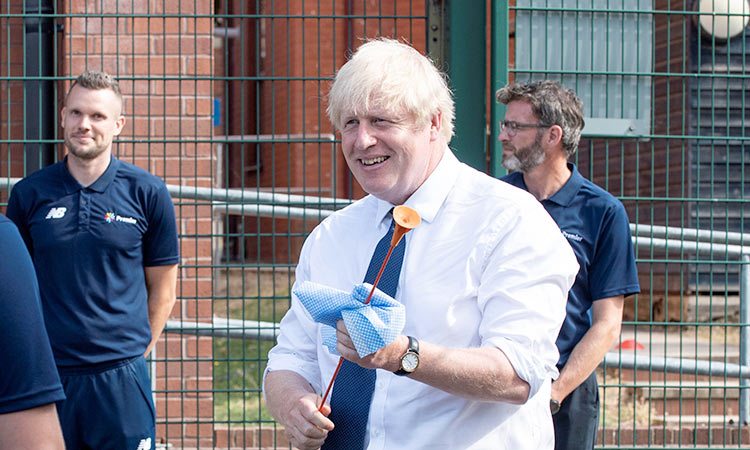 Nothing formal. Just feeding in ideas from time to time, and from their perspective presumably getting a bit of feedback from outside the frenzied bubble. At first, I gave them the benefit of any doubt. It was an off-the-scale hard task, and so perhaps mistakes were bound to be made.

But there came a point when it seemed pointless to hold back. “What did you think?” came the texted question after one of the early Boris Johnson briefings. “I thought it was terrible,” I replied. “Glib.

Not on top of the brief. All very well to rely on the experts but a bit of actual knowledge would be good too!’” I was told that “the focus groups like his positivity” and “the ‘led by science’ message is important, and getting through.”

I had heard they were doing regular focus groups, and here was the confirmation. And of course since we have seen plenty of evidence of multi-million pound contracts being awarded, seemingly without tender or indeed any due process beyond being a friend of one of the leading lights of the Vote Leave campaign, to help with government messaging and to show that things are getting done. Fair to say there have been no performance related pay strings attached for those in communications, given mixed messaging has been one of the more evident failings of the government’s crisis management. Could it be because of their 80-strong majority? A broadly pliant media? Or just sheer arrogance of those who feel they were born to rule – with said rules only to apply to those being ruled? I don’t know. But the Conservatives seem wholly unconcerned by any criticism levelled their way. Essentially we do not so much have a government as a non-stop political campaign.

Of course government is political and any politician keeps at least half an eye on how any situation will play with voters, regardless of how far off the next election may be. And of course focus groups have their place in assessing the public mood. But in my view, this lot take it to remarkable lengths. Added to which political focus groups should not be funded by the taxpayer, and nor should they dictate the specific actions of government facing a genuine crisis.

What are the two biggest challenges facing the government right now? Covid-19, dealing with the health crisis but also the economic, social, educational and other consequences; and Brexit, as the deadline nears by which either we get a bad deal which they try to sell as a triumph, or we crash out with dire results.

Either way, the implications are enormous, and you would expect a serious government with a serious leader to spare no effort in crossing the t’s and dotting the i’s to ensure the enormous web of legal, technical, logistical problems still unsolved can be fixed without bringing chaos to our industry and our borders, and so limit further damage a fragile economy. Talk to anyone on the other side of the negotiations, however, and you hear only that they still don’t really know what the Brits want, nor how they intend to get it. Two situations currently taking up a lot of oxygen in the public debate underline how it is politics and campaigning, not the addressing of real issues, that is top of the priorities for the government. The so-called Channel “invasion” of refugees and migrants. And the attempt to get schools fully up and running.

Nigel Farage is, as history will record, an impressive campaigner. Having lost his LBC radio show, and Johnson having seemingly “got Brexit done,” he needs new campaigns to stay relevant and, incidentally, to avoid being properly held to account over his role in helping to create the looming Brexit mess. He has alighted upon one of his favourite issues, and pops up incessantly with little videos somehow trying to equate a few desperate souls in dinghies with the challenges faced by the country under Churchill.

That, to me, is who Farage is, and what Farage does; no surprise in any of it. What I find astonishing is how yet again the government feel they have to dance to his tune. We barely have a Navy thanks to a decade of Tory undermining of defences they claim to support. And yet based on what I’ve seen Priti Patel appears to think she can get a few good headlines in the slavish press, and a few good comments in the focus groups, by “calling up the Navy.” So call up the Navy she does, regardless of any legal or practical implications.

The Ministry of Defence, the top echelons of which to a man and woman worry that Brexit is reducing us to an international irrelevance anyway, have to pretend to go along with it because that is their job. Then there was that poor man Dan Mahoney, who to me looked like he had been taken hostage by Patel as she announced he was now the “Clandestine Channel Threat Commander.”

It was straight out of Dad’s Army. The French meanwhile are looking on, listening to our constant moaning about how they are not taking this so-called “invasion” as seriously as we do. Two main reasons. They don’t have a ridiculous government. And they don’t have a ridiculous media. When you look at the in-tray of real problems to which the government might turn its attention, is the occasional dinghy really the one that they should catapult to the top of the agenda? There are two sorts of people in life. People who see a problem and want to solve it. And people who are a problem and want to exploit it. I just listened to a German news bulletin. Pupils in schools in three more Länder are returning today. Meanwhile two schools in Mecklenburg-Vorpommern, which is already back to school, have had to close down after cases were found there, and the government is monitoring it closely.

In England, Johnson is determined to fit the real issue of children being denied an education to his political agenda. It’s about the unions. “Morally indefensible,” says the man who seems unable to say how many children he has. It’s about Keir Starmer not standing up to them. No, there is a bigger issue.

It is about a generation being betrayed by a government determined to exploit the problem to its own ends, rather than engage in the hard graft needed to solve it.

However, as so long as the Vote Leave focus groupers report back that there was a sense of pride at the Navy being on call, and the message was getting through that Starmer was weak on the unions, what do the Eton boys really care about exam chaos and school doors staying closed?