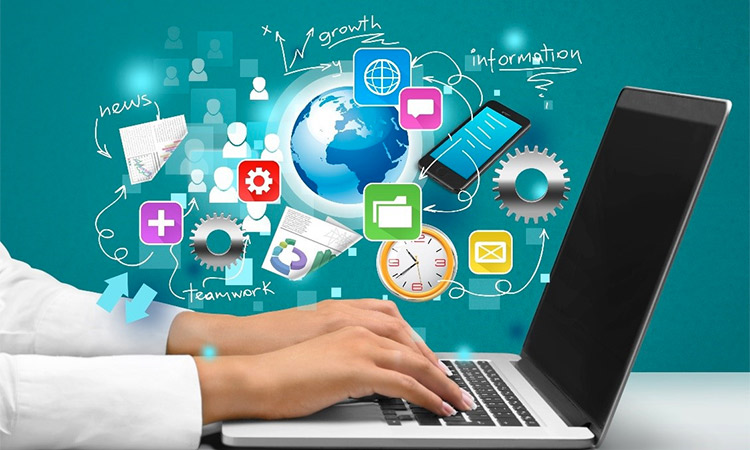 IR 4.0 and 5.0 are on the horizon today. These technologies work on the same medium, wire or wireless, which has taken both China and India forward, like in IR 3.0. India had the additional advantage of having IT and mobile technologies in their genes. Perhaps such genes ensure most of the world chiefs of such companies being Indians, and also most writing software or algorithms in the world being Indians.

China has also invested huge monies on these technologies, but only Indian-advanced digital country collaboration can change the world, like it was changed during 1980-2017 by US-China collaboration. With its newfound power, the Chinese are also loudly stating that they are very powerful and will shortly take over the world. Acquiring more power and land area has also been in the Chinese genes for thousands of years, with dynasties like Great Qing and Mao being revered today.

Technologies being on the horizon, the developed world, which includes China now, will try its best to stop the natural advantage of China, which has invested heavily in new generation technologies and India, which has new digital technologies in its genes to take these extremely disruptive technologies further.

We have to recognise that the first American action in 2019 was to negotiate a settlement after 2015 Manifesto. But these failed due to public reaction against China and its involvement in the corona crisis being very strong, almost reaching limits that will lead to a similar position, whoever in US wins the election.

There is also a very strong reaction against BRI, first opposed by India, and then Japan.

Mao is still celebrated in all Chinese minds for all his expansionist and aggressive approach, and is also a cult figure for Xi Jinping, who said in his speech to celebrate the 95th anniversary of the founding of the Communist Party of China, that when the CPC Central Committee set off from Xibaipo to Beijing on the morning of March 23, 1949, Mao Zedong said: “Today is the day to go to Beijing to take the exam. The practice has proved that our party has achieved excellent results in this historic examination. At the same time, the exam is not over yet and continues. Today, all the work our party unites and leads the people to do is the continuation of this examination.”

According to Xi, a series of achievements have taken place, but some officials have developed a sense of pride and complacency and believe that the party’s ruling position is now stable and we can sit back and relax and enjoy the blessings on our merits. As a result, some people could not control their own hands and became corrupted and stood against the people; some people did not want to be enterprising, were greedy for enjoyment, and lost their fine traditions. Xi is, therefore, far more aggressive domestically and internationally.

In future, China will employ millions of American workers and dominate thousands of small communities all over the US. Chinese acquisition of US businesses set a new all-time record last year, and it is on pace to shatter that record this year. The Smithfield Foods acquisition is an example. Smithfield Foods is the largest pork producer and processor in the world. It has facilities in 26 US states and it employs tens of thousands of Americans. It directly owns 460 farms and has contracts with approximately 2,100 others. But, now, a Chinese company has bought it for $4.7 billion, and that means that the Chinese will now be the most important employer in dozens of rural communities all over America.

Due in part to many countries’ massively bloated trade deficit with China, the Chinese have trillions of dollars to spend. They are only just starting to exercise their economic muscle. It is important to keep in mind that there is often not much of a difference between “the Chinese government” and “Chinese corporations”. In 2011, 43 per cent of all profits in China were produced by companies where the Chinese government had a controlling interest.

Chinese involvement is massive, and no analyst is precisely able to assess China’s part in US manufacturing and business chains — e.g. last year, a Chinese company spent $2.6 billion to purchase AMC entertainment, one of the largest movie theater chains in the US.

But China is not just relying on acquisitions to expand its economic power. “Economic beachheads” are being established all over America. For example, Golden Dragon Precise Copper Tube Group, Inc. recently broke ground on a $100 million plant in Thomasville, Alabama. Many of the residents of Thomasville, Alabama will be glad to have jobs, but it will also become yet another community that will now be heavily dependent on communist China.

And guess where else Chinese companies are putting down roots? In Detroit, where the local American industry is facing existential threats. Chinese-owned companies are investing in American businesses and new vehicle technology, selling everything from seat belts to shock absorbers in retail stores, and hiring experienced engineers and designers in an effort to soak up the talent and expertise of domestic automakers and their suppliers. After being bailed out by US taxpayers, GM is involved in 11 joint ventures with Chinese companies.

Digital India: Its pros and cons

This refers to the report (‘India’s mobile payments market likely to touch $1 trillion by 2022,’ Oct. 7, Gulf Today). It is obvious that the concept of digital payment reaching the bottom segment