Harrowing times for the Lebanese - GulfToday 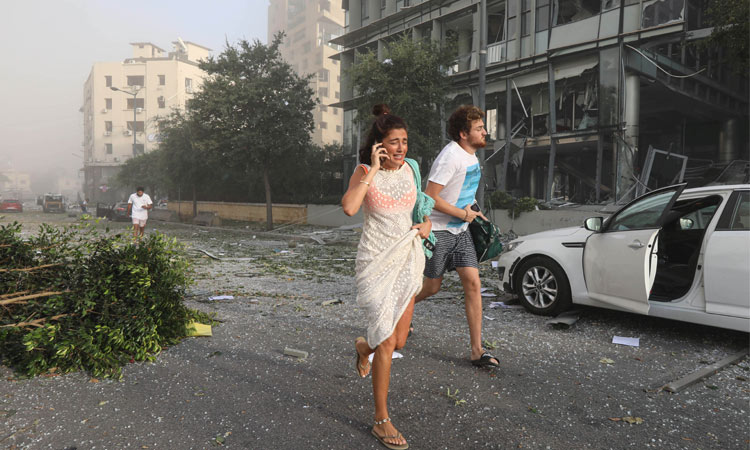 It is distressing to note reports which indicate that, along with dozens of deaths, several thousand people were injured in the massive blasts, which sent shockwaves across the bustling city of Beirut, bursting out windows and shaking buildings. 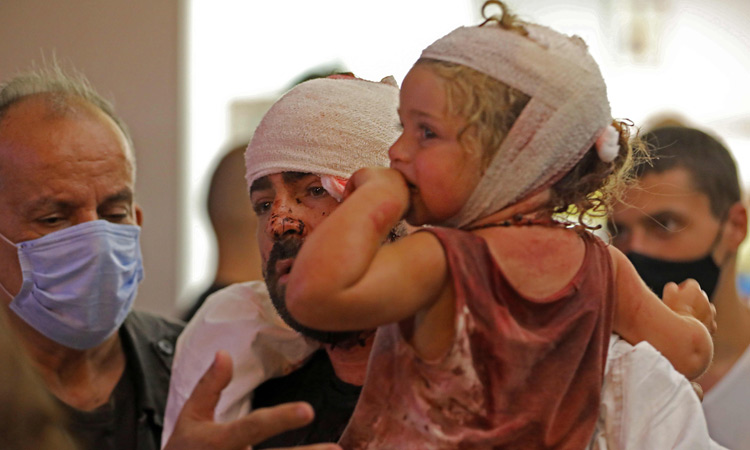 Wounded people are treated at a hospital following an explosion in Beirut. AFP
Earlier in the day, the UN Interim Force in Lebanon (UNIFIL) said that as a result of a huge explosion, a ship from its Maritime Task Force docked in the port was damaged, leaving some UNIFIL naval peacekeepers injured – some of them seriously. ‘UNIFIL is transporting the injured peacekeepers to the nearest hospitals for medical treatment. UNIFIL is currently assessing the situation, including the scale of the impact on UNIFIL personnel,’ said a statement from the operation, which was set up in 1978.

The UAE Ministry of Foreign Affairs and International Cooperation has expressed sympathy and solidarity with Lebanon in this difficult time and extended condolences to the families of the victims while wishing a speedy recovery to the injured.
His Highness Sheikh Mohammed Bin Rashid Al Maktoum, Vice President and Prime Minister of UAE and Ruler of Dubai, tweeted: “Our condolences to our beloved people in Lebanon... Oh God, have mercy on those... Oh God, give the people of Lebanon patience and solace...”

In his tweet, His Highness Sheikh Mohamed Bin Zayed Al Nahyan, Crown Prince of Abu Dhabi and Deputy Supreme Commander of the UAE Armed Forces, mentioned: “Our thoughts and prayers are with our Lebanese brothers and sisters during these trying times. We pray that God grants you patience and solace. God bless Lebanon and the Lebanese people.”

Bride of Beirut survives two explosions during her wedding photo-shoot

Dr Anwar Bin Mohammed Gargash, Minister of State for Foreign Affairs, said on Twitter, “Our hearts are with Beirut and its people. Our prayers during these difficult hours are that God to protect the brotherly Lebanon and the Lebanese people, and to heal their wounds, and keep their homes safe from sorrows and pain.” The UAE Embassy in Lebanon recently donated Eid clothing to hundreds of vulnerable families in Lebanon as part of its humanitarian efforts and its keenness to provide charitable aid to organisations in Lebanon.

In April, the Grand Mufti of the Republic of Lebanon, Sheikh Abdel Latif Derian, thanked the United Arab Emirates for its “confidence in Dar al-Fatwa to distribute the aid it received through its UAE embassy in Lebanon to those who are most in need and deserving of assistance.”

Derian said, “It comes as no surprise from the UAE; known for its humanity and its unyielding efforts to provide assistance and aid to every needy, destitute, and distressed person.”

“The Lebanese people carry in their hearts all the love, respect and appreciation for the United Arab Emirates,” the Mufti stressed.

The Mufti also praised the efforts exerted by the UAE embassy in cooperation with Dar al-Fatwa to bolster the distinguished relations with the UAE, which, he said, never ceases to uphold Lebanon and stand by the Lebanese people.

The world community should stand by the Lebanese people at this difficult time they are facing. 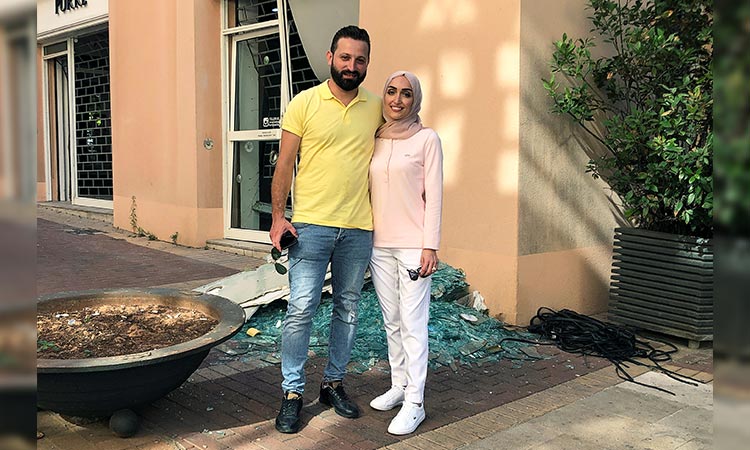