Refugee and migrant crisis is getting worse - GulfToday

Refugee and migrant crisis is getting worse 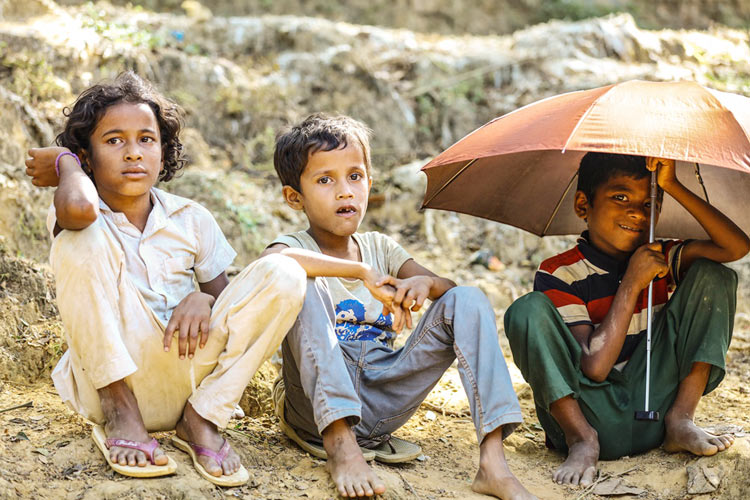 I suspect that, during the dramatic news of coronavirus, few people lingered long over two recent stories. One was the report from the Red Cross that a fresh refugee and migrant crisis is building up, with long-term demographic pressures augmented by the economic distress and destitution caused by COVID-19 as it reaches the poorest people in the poorest countries. The second was an analysis of population trends, published in Lancet, predicting an implosion of numbers later this century and a marked ageing in Europe and Asia offset by many more, and younger, Africans.

In my formative years, in the 50s and 60s, the conventional wisdom was that we faced the grim prospect of a population “explosion” or “time bomb” detonated by irresistible exponential growth. The planet was fast running out of resources and food supplies would be outstripped by unsustainable demand. The dismal theories of economist Thomas Malthus were rehabilitated and given modern flavouring by the emerging environmental movement. Mass starvation could only be avoided by restrictive population policy, centring on birth control.

Some countries took these warnings seriously including Mao’s China with its extreme “one child” policy and, briefly, India where, under Indira Gandhi’s emergency, there was a campaign of mass sterilisation, not all voluntary (as also in China).

The key factors in shortening the transition was the empowerment of women through education, and reducing child mortality. Once people thought their children had a good chance of survival, the perceived necessity to have several was reduced. This has happened even in parts of the world like Bangladesh and much of India. There has been enormous progress in development, especially in the two decades around the turn of the century, reflected in the success, until recently, in meeting the UN’s Millennium Development Goals.

So, how have we got from paranoia about explosions to potential implosions? The recently publicised study suggests the planet’s population will peak at 9.7bn in 2064 (from 7.6bn today), so we are unlikely to experience loneliness any time soon. But by the end of the century it is predicted that some countries already experiencing population decline like Japan, Spain and Italy will have more than halved their population. China will join them as members of the “less than 50 per cent” club, and the population they have left will be very old.

More mainstream forecasts have the global population peaking later. But the key insight of the Lancet study is that something new is happening – many societies in Europe and Asia are no longer replacing their population from one generation to the next. Female empowerment, leading to the enjoyment of worthwhile careers, is clearly a factor. By contrast, the population of sub-Saharan Africa is set to treble by the end of the century. The Lancet study suggests that Nigeria will have grown to 791m people by 2100, surpassing China whose population will have shrunk to 732 million.

The army of people identified by the Red Cross as hovering on the north coast of Africa in desperate circumstances, and hoping to make a new life in Europe, is surely set to grow. They are only too anxious to give developed countries the benefit of their labour, while Western governments have been equally anxious to keep them out. A question at the heart of the identity politics which drives “tough” immigration policy is whether richer countries want in the long run to be ethnically diverse, youthful, and productive, or homogeneous and geriatric.

The part of the world which will find this dilemma most difficult is Asia. Japanese and Chinese societies, in particular, have a strong sense of racial identity and exclusiveness. Immigration is still a lesser issue and where it is permitted, mostly kept well out of sight .

The US is better placed. An open, if ugly, debate about its long-term future is underway. Trump’s imaginary wall is probably the nearest he and his followers will really get to stemming the tide of diversity. Whatever the outcome of November’s election, the US economy cannot withstand a real and prolonged closure of its borders.

In Western Europe, too, the border is permeable, like the leaky boats which try to breach it. A key turning point was German chancellor Angela Merkel’s decision to admit one million Syrian refugees. At the time it was damned with faint praise as “courageous” but foolish; now that the arrivals are being methodically, and apparently successfully, integrated the initiative seems to be a hallmark of modern Germany’s strength, self-confidence and optimism.

In its weird and eccentric way, even Britain may yet follow the same script. Perhaps the government’s welcome for Hong Kong Chinese will prove sincere. Maybe they will open the door to South Asians and Africans who are rich in points under the new immigration system. This approach to immigration has everything to do with economic pragmatism, and nothing to do with humanitarianism. It won’t help many of the people in leaky boats on the Mediterranean. But at least it leaves the door half-open to a rejuvenated population.