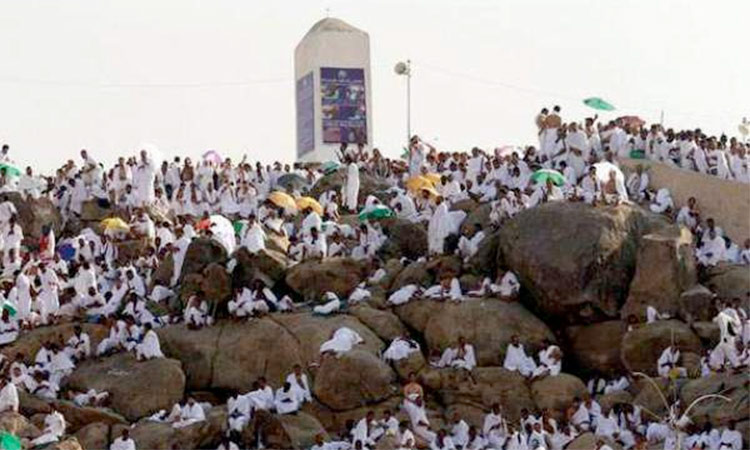 The precautionary measures taken by Saudi Arabia during this year’s Hajj are hugely praiseworthy.

Director-General of the World Health Organisation (WHO) Dr. Tedros Adhanom Ghebreyesus rightly congratulated the Kingdom of Saudi Arabia for the steps it has put in place to make the Hajj as safe as possible this year. This is undoubtedly a powerful demonstration of the kinds of measures that countries can and must take to adapt to the new normal.

Initiating timely measures, Saudi Arabia announced health protocols to curb the spread of the novel coronavirus during this year’s Hajj season which includes limiting the number of pilgrims.

The Saudi Ministry of Hajj and Umrah had announced that a very limited number of pilgrims who already reside in the Kingdom, would be able to perform this year’s Hajj.

The new measures require pilgrims to wear face masks and forbid entry to the holy sites (Mina, Muzdalifah, Arafat) without a permit.

Inside the Grand Mosque, touching the Kaaba is banned, and a social distancing space of one and a half metres between pilgrims during the rituals, including mass prayers and while circling the Kaaba, has been imposed.

The UAE Hajj Affairs Office, HAO, had earlier announced that it will not participate in the 1441 H/ 2020 AD Haj season, following Saudi Arabia’s decision, whereby, a very limited number of pilgrims who already reside in Saudi Arabia, would be able to perform it.

HAO made the announcement after consulting and coordinating with the Saudi Ministry of Haj and Umrah.

The UAE has also lauded the sincere efforts made by Saudi Arabia, under the wise leadership of the Custodian of the Two Holy Mosques King Salman Bin Abdulaziz Al Saud and HRH Prince Mohammed Bin Salman Bin Abdulaziz Al Saud, Saudi Crown Prince, Deputy Prime Minister and Minister of Defence, in serving the pilgrims to the Holy Land in Makkah and visitors to the Prophet’s Mosque in Madinah.

Dr. Ali Rashid Al-Nuaimi, Chairman of the World Muslim Communities Council, also affirmed the council’s support for Saudi decision to limit performance of this year 1441 AH Hajj to a very limited number of people from within the kingdom to protect the health and safety of pilgrims.

Dr. Al-Nuaimi praised the decision at this current and sensitive time, noting that performing this ritual is in compliance with precautionary measures, official directives, as well as social distancing. This will protect people from coronavirus pandemic which has affected over 200 countries.

Last year, around 2.49 million pilgrims arrived in Saudi Arabia, including about 1.86 million pilgrims from outside the Kingdom and 634,379 domestic pilgrims, of whom 67 per cent were non-Saudis, according to the Saudi General Authority for Statistics.

Hajjis are known to show increased belief in peace, equality and harmony.