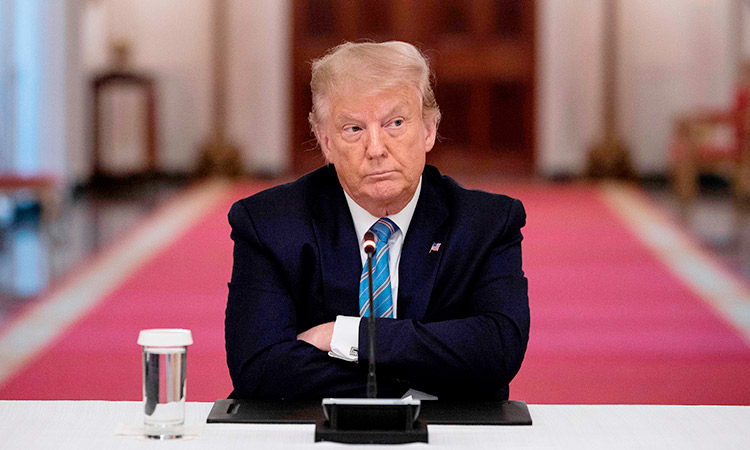 US President Donald Trump during a roundtable discussion on the Safe Reopening of America’s Schools in the White House in Washington. Agence France-Presse

The brutal murder of George Floyd has forced Americans to wrestle with the structural racism that undergirds every aspect of this society and economy. The searing news of the disproportionate rates of COVID-19 among Black Americans has added to the urgency of this moment.

But not for Donald Trump. His long record of embracing racism as a political tool — from his promotion of the “birther” lie about Barack Obama to his defence of white supremacists — has made him the most racially polarising president in the last century.

Yet, while many Republican “Never Trumpers” condemn Trump for his brazen appeals to white supremacy, they are curiously silent on Ronald Reagan’s record on race and civil rights. It’s no accident that the Party of Reagan morphed so easily into the Party of Trump.

Whenever the issue of Reagan’s hostility to civil rights and unpopularity with Black Americans is broached, conservatives leap to Reagan’s defence and stress his apparent lack of personal racism. That view has been shredded by the disclosure last year of a phone call in October 1971 between Richard Nixon and Reagan, in which Reagan described African diplomats as “monkeys,” who were still “uncomfortable wearing their shoes.”

While Reagan’s sunny vision of America as a “shining city” may be the antithesis of Donald Trump’s dystopian American “carnage,” he masterfully deployed racially coded language and other dog-whistles like “states’ rights,” “law and order” and “welfare queens” that resonated with middle-class taxpayers without appearing racist.

One telling illustration is Reagan’s decision to give a major speech in his 1980 campaign at the Neshoba County Fair in Philadelphia, Miss., only miles from where three civil rights workers — James Chaney, Andrew Goodman and Michael Schwerner — were murdered in 1964. Looking back, it is eerily similar to Trump’s decision to hold a campaign rally on the day after the Juneteenth in Tulsa, Okla., the site of the worst racial massacre in the 20th century.

Reagan was the first presidential nominee of a major political party to attend that fair since it started in 1889, and that fact was not lost on the 20,000 white people gathered there on Aug. 3, 1980, many proudly waving Confederate flags and chanting, “We want Reagan! We want Reagan!” The crowd was exhilarated with his declaring his fidelity to states’ rights, which for a century had been the South’s rallying cry to prevent the federal government from interfering with its racial customs.

That speech helped Reagan sweep every Southern state except President Carter’s home state of Georgia. Since then, the Old Confederacy has been the heart of the GOP. On the eve of Reagan’s inauguration, Black Americans feared an assault on the civil rights gains of the 1960s.

These fears were well-founded. After all, Reagan began his political career with his 1966 campaign for California governor by denouncing the Civil Rights Act of 1964 and the Voting Rights Act of 1965, while running radio ads referring to urban areas as “jungles.” Only months after the Watts riots, Reagan made “law and order” and opposition to California’s far-reaching Fair Housing Act the centerpiece of his campaign to oust the liberal incumbent, Pat Brown.

Reagan repeatedly said, “If an individual wants to discriminate against Negroes in the sale or renting of his property, it is his right to do so.” This stance resonated with millions of middle-class white voters, many of whom had never voted for a Republican, but voted for Reagan in part because they feared African Americans moving into their neighbourhoods.

Reagan’s success in making inroads with white working-class voters in the booming suburbs of Southern California was a template for the “law and order” and “silent majority” rhetoric that fuelled Nixon’s presidential victory in 1968. Reagan mounted an unsuccessful bid for the Republican nomination in 1968, in which he crisscrossed the South and white enclaves across the country thrilling conservative audiences with his scorching attacks on lawless civil rights agitators and his tough talk of law and order. Just hours after Martin Luther King Jr.’s assassination, Reagan called King’s assassination “a great tragedy that began when we began compromising with law and order and people started choosing which laws they’d break.”

In 1976, Reagan, in challenging Gerald Ford for the Republican presidential nomination, popularized the racist trope of a “welfare queen,” repeating at virtually every campaign stop, before white audiences, the fictitious story of a Black welfare cheat, subsidized by hardworking white taxpayers.

Overall, Reagan’s two-term presidency marked a new nadir in race relations. His administration tried to dilute the Voting Rights Act, vitiated the bipartisan US Commission on Civil Rights and vowed to abolish affirmative action, arguing that white men were the only victims — of reverse discrimination. Reagan’s attitudes on civil rights were reflected in his refusal to impose sanctions on the apartheid government of South Africa; he vetoed a 1986 bill imposing sanctions, which Congress overrode. Nobel Peace Prize winner Archbishop Desmond Tutu was so incensed that he declared Reagan “a racist, pure and simple.”

Most egregiously, Reagan was instrumental in ratcheting up the “war on drugs,” which has led to the mass incarceration of Black and poor people of colour and the destruction of families and communities. His administration adopted a series of draconian laws that resulted in the imprisonment rate of African Americans on drug charges is almost six times that of whites, even though whites use illicit drugs at a similar rate.

While Reagan eschewed the overt racism of Trump, his racial politics paved the way for Trump. In fact, Reagan’s brand of racism was perhaps more sinister than Trump’s because he did it with a genial smile. In reckoning with Trump, we need to reckon with Reagan’s legacy. And that began with his appeal to white voters in Southern California. 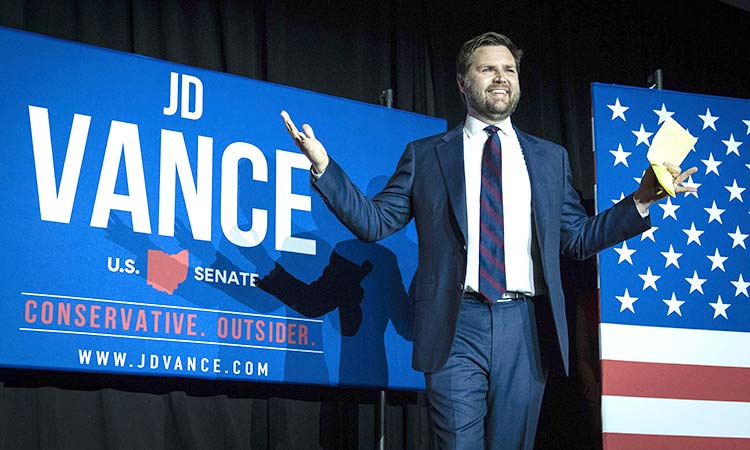