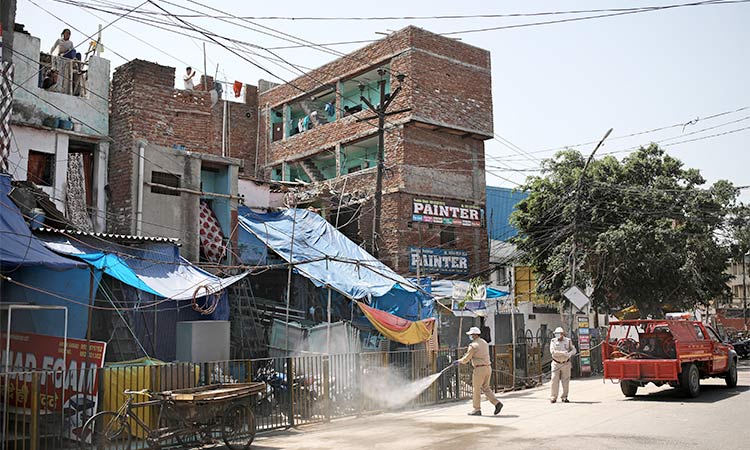 India, with 3.2 million tonnes, was the third biggest contributor to global e-waste according to the Global E-waste Monitor 2020 report released recently. The United Nations (UN) report found that the world dumped a record 53.6 million tonnes of e-waste last year. Of this, just 17.4% was recycled.

China, with 10.1 million tonnes, was the biggest contributor to e-waste and the United States was second with 6.9 million tonnes. Together the three countries accounted for nearly 38% of the world’s e-waste last year.

“Even countries with a formal e-waste management system in place are confronted with relatively low collection and recycling rates,” the report said. “Although India is the only country in South Asia to draft legislation for e-waste, its collection remains rudimentary,” it added.

According to a recent ASSOCHAM-NEC study, India generated e-waste of about two million tonnes per annum, while it recycled about 438,085 tonnes per annum. The Centre for Science and Environment points out that the number of countries that have adopted a national e-waste policy, legislation or regulation has increased from 61 to 78 and includes India. While this is certainly a positive trend, it is far from the target set by the International Telecommunication Union to raise the percentage of countries with an e-waste legislation to 50%.

While the overall damage done to the environment from all the un-recycled waste may be incalculable, the warning message from the report was decisive, “The way in which we produce, consume, and dispose of e-waste is unsustainable.”

Global warming is just one issue cited by the report as it noted 98 million tonnes of carbon dioxide equivalents were released into the atmosphere as a result of inadequate recycling of “undocumented” refrigerators and air conditioners.

This year’s coronavirus lockdowns have exacerbated the e-waste problem. According to the report, people stuck at home are de-cluttering, and because of the lockdowns there are few workers collecting and recycling the junk. What is happening in India and China is symptomatic of a wider problem in developing countries, where demand for goods like washing machines, refrigerators and air conditioners is rising rapidly.

“In middle- and low-income countries, the e-waste management infrastructure is not yet fully developed or, in some cases, is entirely absent,” the report said. It estimated that the precious metals contained in this waste was worth $57 billion in valuable metals like gold, silver, copper and platinum.

The UN report points out that in 2019, 82% percent of the world’s e-waste was left to be dumped or burned rather than recycled. Asia generated the greatest volume of e-waste in 2019 — some 24.9 million tonnes, followed by the Americas (13.1 million tonnes) and Europe (12 million tonnes). Africa and Oceania generated 2.9 and 0.7 million tonnes respectively.

World e-waste production will reach 120 million tonnes per year by 2050 if current trends continue, according UN statistics. E-waste is any discarded electronic component, including laptops, batteries, cellphones, solar panels and more. Recent studies reveal that around 50 million tons of e-waste are produced every year, leading up to an e-waste tsunami.

Currently considered the fastest-growing source of waste today, more than 6 kg of e-waste for every person was generated in the past few years. This is equivalent in weight to all the commercial aircraft ever built.

E-waste can be toxic and is not biodegradable. Globally, only 20% is dealt with appropriately. Rest ends up in landfills, or is disposed of by informal workers in poor conditions. E-waste in landfills contaminates soil and groundwater with metals such as lead, cadmium, beryllium, and mercury, putting food supply systems and water sources at risk.

It also exposes workers to these hazardous and carcinogenic substances and to health problems like bronchitis, Wilson’s disorder, and kidney damage. Children and women are particularly vulnerable.

A Meticulous Market Research report states that currently, the overall collection and recycling rate for e-waste is very low (20%-25%) as compared to the total amount of e-waste generated, showing the improper documentation and collection methods across the world. The fate of majority of the e-waste generated is still unknown. In addition, the high cost of recycling e-devices results into generation of high amount of trashed e-waste. In most of the countries, e-waste is treated as the general waste which depicts lack of legislation in place, and lack of awareness about health and environmental hazards caused by e-waste. Thus, to overcome all these challenges, it is mandatory to keep high focus on e-waste management across the world.