The shadow of Emergency on a wider canvas - GulfToday

The shadow of Emergency on a wider canvas 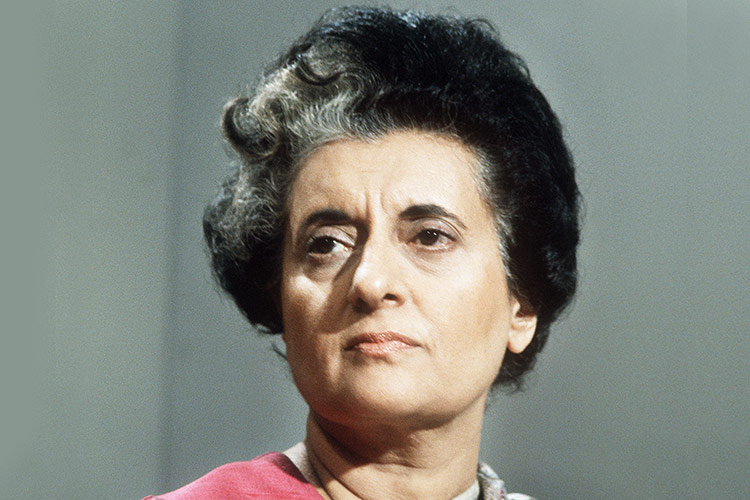 “Globalization” may not have been part of the discourse 45 years ago when Indira Gandhi shelved civil liberties after declaring the Emergency but it is not possible to sketch that bleak episode on a wide enough canvas without touching such disparate points on the world atlas as Latin America and India’s cow belt.

The coup in 1973 which ousted and killed Salvador Allende, the world’s first communist leader to come to power through the ballot box, had a ripple effect on the communist movements in Europe. The counterpunch from the Right caused Enrico Berlinguer, leader of the powerful Italian Communist party to nimbly distance himself from the Soviet Union, invent Eurocommunism and seek a “Historic compromise” with the Christian Democrats. This was roughly the trajectory of all European communist parties. True, communists had come to power in Angola in 1975, but White South Africa was full square behind Jonas Swimbi’s relentless guerilla war against the Angolan regime.

This was the state of play between the power blocks, when Indira Gandhi, weakened by defeat in eight states in 1967, sought to consolidate her power by splitting the Congress party in 1969 and seeking support of the Left, specially the Communist Party of India (CPI) which attached itself to Congress (I) — (I) stood for Indira — as a sort of ideological motor. “Unite and Struggle” was how Sripat Dange, party chairman, described the arrangement — unite with the Congress but “struggle” against its “anti people” policies.

India’s principal party, the Congress, in such apparent dalliance with the Left, against the backdrop of the global Left-Right contest touched upon earlier, had to invite a counter punch. A group to administer such a counterpunch was readily at hand: the “syndicate”, the Congress regional power brokers, placed by the split on the Right of the political spectrum — C.B, Gupta, Atulya Ghosh, S. Nijalingappa, Morarji Desai, etcetera. The RSS, Socialists and sundry, anti communist forces began to hold a meeting here, a seminar there and a plan.

At this stage, Jayaprakash Narayan had more or less given up his socialist party work. He had become a heavy duty Gandhian attaching himself to Acharya Vinoba Bhave’s Bhoodan, or land gift movement. Then a series of youth movements began to look for a leader and typical of the Indian mind, a father figure to revere, which is not the same thing as “respect”. It would be flawed to find links with Kent State campus in the US, barricades in Paris, and Grosvenor Square pickets in London, but it is uncanny that Navnirman Samiti in Ahmedabad which was triggered by an agitation against increased hostel fees erupted at the same time.

JP, as he was affectionately called, was now in the drill to lead the much more powerful Bihar movement from the cozy comfort of his house in Patna’s Kadamkuan where he accommodated me in a room on the ground floor. This gave me a ringside seat to cover the story. The movement was primarily carried on the shoulders of the RSS cadres, under Nanaji Deshmukh’s firm leadership. Paradoxically, it also spawned caste leaders like Karpoori Thakur, Laloo Prasad Yadav and Nitish Kumar.

1969, the year of so much political upheaval, also happened to be Mahatma Gandhi’s birth anniversary. To celebrate the occasion, Frontier Gandhi, Khan Abdul Ghaffar Khan was invited for a tour of India. Indira Gandhi and JP (with RSS, Socialists, Gandhians in tow) began to vie for favourable utterances from the Frontier Gandhi. He collected shawls at every function, diligently counted them at night and at every meeting next day, proceeded to chastise both the political formations for having “betrayed Gandhi”.

All concerned were in deep soup when the Frontier Gandhi arrived in Ahmedabad in September, a few days short of the Gandhi centenary on October 2. He decided to put down anchor in “Gandhi’s and Sardar Patel’s city”. This to witness firsthand the fiercest Hindu-Muslim riots in which the hand of the Gujarat Congress was discernible. The Khan docketed all these details which became inputs for the hundreds of public speeches he delivered across the country during that tour.

According to the Jaganmohan Reddy Committee, the death toll was 660 of which 430 were Muslims. Unofficial figures exceed thousands. That the great singer Rasoolan Bai’s house was burnt is a detail etched on my memory.

In a nutshell, the Emergency of 1975 was in an East-West, Left-Right context and it lasted 18 months.