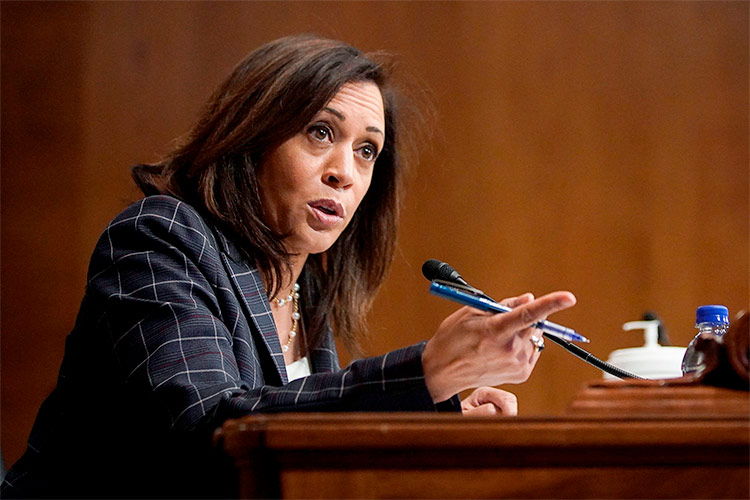 By promoting a bill to ban police chokeholds and make other changes — and by publicly clashing with a senior Senate Republican over the legislation — Harris has put herself front and centre in the debate over congressional efforts to change police behaviour.

The reform debate burnishes the former San Francisco district attorney and California attorney general as a social-justice activist. It also protects the Biden campaign from potential criticism of her efforts while in those jobs to slow innocence bids and punish parents whose children were truants, among other contentious actions.

It has put Harris, 55, front-and-centre as Biden chooses a running mate. She’s become a top Biden surrogate, co-hosted one of his most successful fundraisers, appeared at a healthcare event on Friday with Jill Biden, and spoken on late-night talk shows about the need for police reform.

“She’s inoculating herself,” said Cornell Belcher, a strategist who was the Democratic National Committee’s lead pollster in 2006 and served on the polling teams of both of former President Barack Obama’s campaigns. “She’s finding her voice and her footing in this space. She’s talking about how these sorts of injustices are why she went into the line of work that she went into. Without the spotlight of a presidential race, she’s having a better time defining who she is.”

Harris, who abandoned her own 2020 bid in December, is considered one of the top contenders to be Biden’s running mate. Since the protests over the death of George Floyd in Minneapolis police custody, Biden has been under extra pressure to not only choose a woman — as he promised in March — but a woman of colour.

“Her biggest challenge is going to be that the climate and terrain has shifted over the past couple of years,” said San Francisco fundraiser Steve Phillips, who hosts a podcast called Democracy in Color. “She has really very enthusiastically branded herself as a law-enforcement official in the past. That’s very much her identity. And so at this moment where there’s a lot of concern about the role of law enforcement in this country that complicates the perception of her, certainly among young African-Americans.”

Cornyn interrupted her as she spoke to point out that her own anti-lynching provision was in the Republican version of the bill, prompting a sharp rejoinder from Harris.

“We cannot pull out a specific component of this bill and leave everything else in the garbage bin,” Harris said, in remarks that quickly went viral. “It’s like asking a mother, save one of your children and leave the others.”

Harris kept up the barrage after leaving the floor: “Mitch McConnell has put up a hollow policing bill to bait us into playing his political games,” she said. “But we’re not here to play games. And I do not intend to be played.”

Some of the long-standing anger and discontent over the treatment of Black Americans by police and prosecutors has, in the past, been directed at Harris herself.

Harris branded herself during her own run for the Democratic nomination last year as a “progressive prosecutor” despite criticism from reform advocates of an anti-truancy program that threatened parents of children who skipped school with prosecution, her California offices’ attempts to block bids for freedom from men of colour who had been wrongfully convicted of crimes, and other policies and prosecutions.

More recently, she attended a Black Lives Matter protest in front of the White House and launched attacks against President Donald Trump and some Republican Senate colleagues. Her advocates point to those stances, her aggressive questioning of Supreme Court Justice Brett Kavanaugh and Attorney General William Barr at their Senate confirmation hearings, and her strong relationships and reputation within the Democratic Party — including frequent praise from Obama — as her qualifications for vice president.

Harris’s office didn’t respond to a request for comment.

“There will be time between now and November to really hone in on her record, but I don’t see her as a risk,” said Albert Morales, senior political director for Latino Decisions, a Democratic polling company. “She’s well-known, worth her salt, and earned her place by the way she performed during the debates, the impeachment trial, and the Kavanaugh hearings. I think she showed the Democrats that she’s ready to go toe-to-toe with anybody.”

Those who’ve worked closely with Harris say she intended all along to help reform the criminal-justice system — choosing to do it, as she has said herself, “from the inside.”

“Senator Harris has always been a champion for reform of the criminal justice system,” said Jim Margolis, a Democratic ad specialist who worked for Harris’ presidential campaign and who helped shape voter perception of a once little-known Obama. “One of the major reasons she became a prosecutor in the first place was to go inside and try to change the system. That’s been her mission from day one. Now, in the Senate, she’s leading criminal justice and police reform and that only bolsters her credentials on the issue.”

Even some of the criminal-justice activists who attacked Harris most visibly and aggressively last year over her choices as a prosecutor say Harris’ record in the Senate and recent advocacy against police brutality has moderated their opinions.

“I think her record now is a net neutral,” said Lara Bazelon, a law professor at the University of San Francisco who’s criticized Harris’s past resistance to some innocence claims by wrongfully convicted inmates. “Her mistake when she was running for president was to cast her record as one of a progressive prosecutor, because she wasn’t. But now we’re asked to assess her attributes as a potential vice president, and it’s a different record in the Senate and a different set of considerations.” 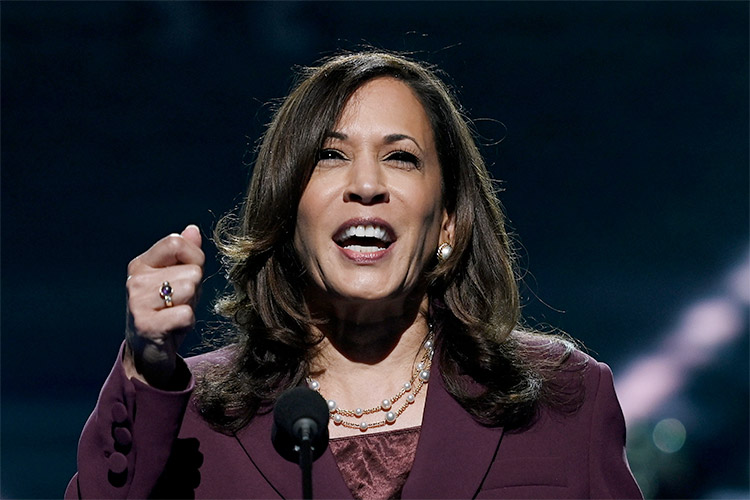 It was just the Tamil word for auntie, two syllables in a speech by Kamala Harris last Thursday that covered her childhood, heritage and political awakening and culminated in her acceptance of the Democratic Party nomination for vice president.