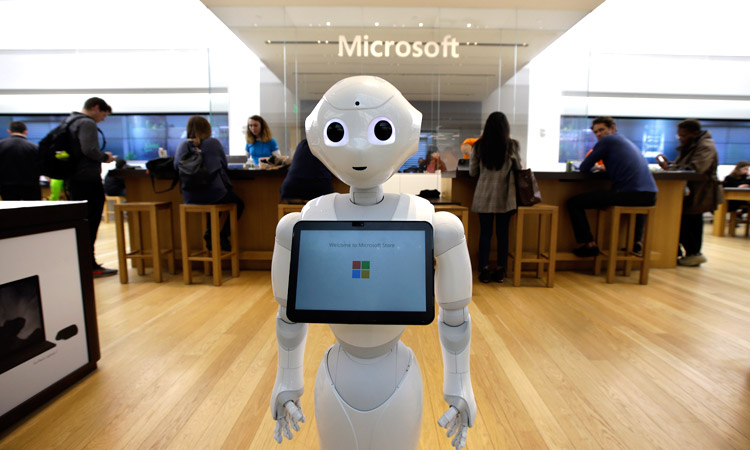 The UAE is constantly pushing the envelope as far as innovation and creativity are concerned, specially in the realm of Artificial Intelligence and automation.

Robots in fact are increasingly becoming handy tools and great assistants for human beings in key services. Emiratis are breaking new ground with their trailblazing creations that have captivated many people, regardless of their walks of life, particularly during coronavirus times.

Recently, a young Emirati photographer and astrophotographer from Abu Dhabi tested a sterilisation robot in the emirate.

Ateeq Alsuwaidi succeeded in developing the robot that could be used in the sterilisation drive to stem the spread of coronavirus in the country.

An Emirati female student from the Khalifa University of Science and Technology named Mohra Wessam Al Sayegh has invented a model for a spacecraft which uses steam energy to accelerate the launch process. It takes advantage of the high temperatures of the spacecraft’s internal engines while preparing for its launch. It produces a gas called hydroxy, which can be used to accelerate the spacecraft.

The student who has specialised in aerospace engineering said the speed of the spacecraft amounts to 2,900 km per hour, while its weight is approximately 2,200 tonnes, accommodating seven people, and carries about 2,200kg.

The authority explained that the robot pumps large quantities of water, from 1,500 litres to 4,500 litres per minute in the regular system and water spray system. It can also be used to pull weights up to 3.8 tonnes and is characterised by the presence of a bulldozer at the front.

The first Emirati humanoid robots Samit and Sidra were launched at Gitex last year. The launch of the two robots came in conjunction with UAE’s vision for the year 2031.

The main purpose of the two robots is to provide assistance, interact with clients, and accomplish daily tasks without any human interference.

Three years ago, Dubai Police welcomed a new member on to its force, the world’s first operational robot policeman. He doesn’t need a visa, medical insurance or hours of training, and he is ready to engage with Dubai’s residents and millions of tourists across the city’s streets.

It is these inventions that pitchfork the UAE into the frontline of global technological brilliance. The robots, programmed by Artificial Intelligence, will interact with and evaluate satisfaction of clients through provided services.

The influence of Artificial Intelligence, AI, and smart services has increased around the world while robots, drones and electronic services have become key global tools for controlling the emergence of coronavirus, COVID-19, and preventing its spread.

The UAE has developed an integrated system of electronic and smart services, which has reduced the number of required auditors and physical customers of relevant authorities.

The UAE’s electronic services system has also carved a trailblazing path. It is one of the best in the region, providing leading services, such as clearing government and private transactions, banking services and electronic shopping. This system has played a key role in reducing waiting lines and assisting various government and private entities.

At the root of this remarkable electronic headway is the thirst for exploring new and uncharted terrain in the field of science and technology. The UAE seeks to map the space frontier with its ambitious Hope Probe. The Emirates Mars Mission, the first interplanetary exploration undertaken by an Arab nation, recently announced the scheduled launch of its Mars Hope Probe in a 495,000,000km journey to reach and orbit the Red Planet. The launch of the Hope Probe into space is scheduled for July 15 – in just about a month’s time. 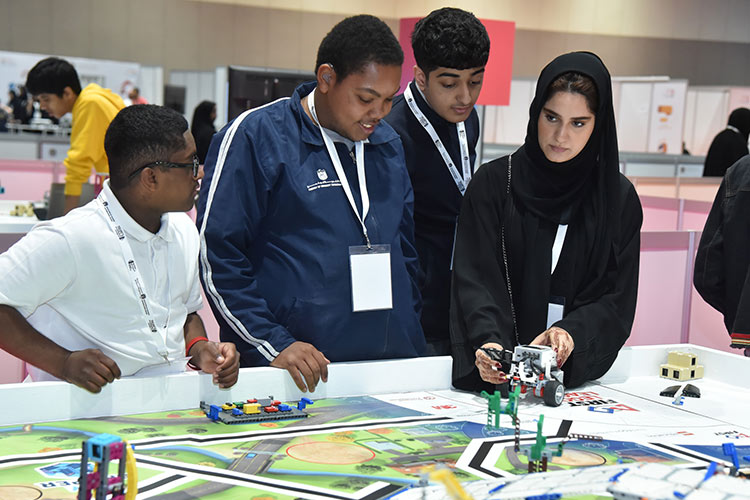 A series of events as part of the National Competition for Artificial Intelligence & Robotics in UAE Innovation Month was held and a number of students from various centres took part to demonstrate their skills in different learning fields. 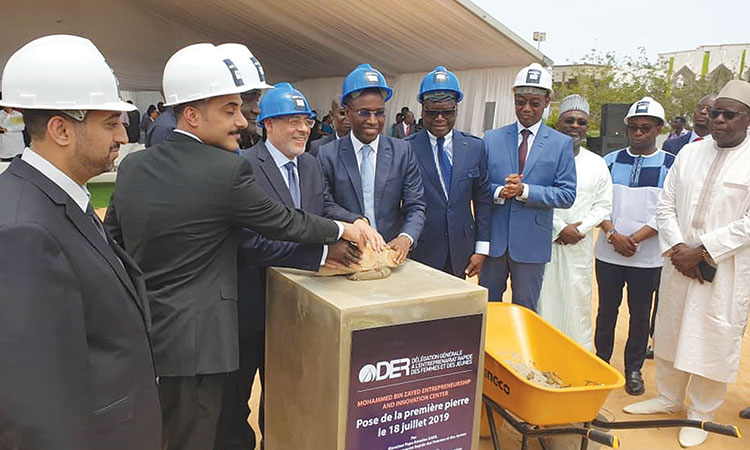 Hussain Jasim Al Nowais, Chairman, Khalifa Fund for Enterprise Development, KFED, has laid the foundation stone for what will soon become the Mohamed bin Zayed Centre for Innovation and Entrepreneurship. The new facility will be located in the Senegalese capital, Dakar, with the aim to promote innovation and entrepreneurship among local businesses, particularly small and medium enterprises, SMEs.