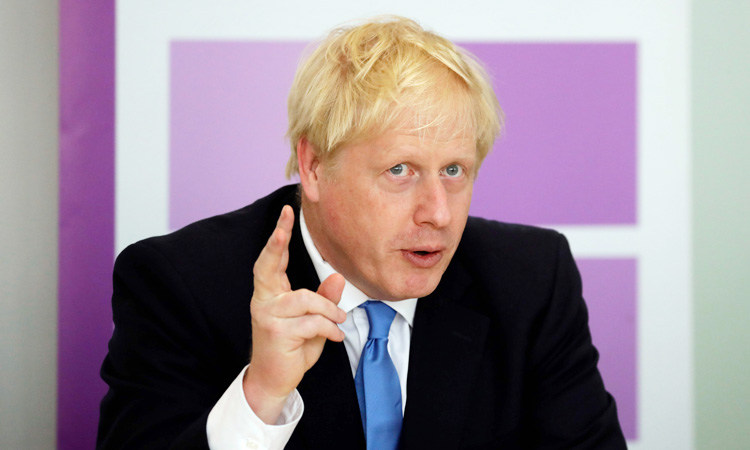 So that question pretty much answers itself. I suppose what I really mean is that it’s just begun to dawn on me that he isn’t actually very good at the job. The posh accent and the classical references disguise it a bit, but the truth is starting to show through. He’s just not up to it.

Remember what close colleague and “friend” Michael Gove said of him back in the 2016 Tory leadership debacle? “I have come, reluctantly, to the conclusion that Boris cannot provide the leadership or build the team for the task ahead”. Right first time, Gove.

Every bumbling performance at prime minister’s questions, each stumbling appearance at a coronavirus media conference, each bit of misguided spin that emanates from Downing Street, all the “ramped up” insincere promises and the hasty U-turns serve only to build up the evidence that we have somehow contrived to place a clown with the emotional maturity of a toddler in charge of dealing with the worst pandemic in 100 years.

When will the madness end? I think by Christmas. I cannot say how or what the manner of Boris Johnson’s leaving office will be, but I think we can all discern that the pressures will only intensify. Each avoidable, so-called “excess” death represents a tragic, powerful and eventually overwhelming argument for his departure. There will be thousands more. Will they reach 100,000? The worst record in Europe? It is surely possible.

In due course, Johnson will become an insupportable political burden for his party, as well as a morally shameful one. Right now, there’s no chance of change because we are in the midst of the emergency. The long summer recess will be more politically charged this year; without parliament sitting, however, the opportunities for remote plotting will be fewer, and the time for change still not ripe. By the autumn, though, there is every possibility that the economy will still be depressed, the furlough scheme becoming unsustainable, and the death toll unthinkably high – with a real prospect of a second wave of infections overwhelming the NHS – because the lockdown was relaxed too soon.

Those are the perfectly plausible developments that could unseat a serving premier with a large parliamentary majority. They will be apparent towards the end of the year, as will the public’s anger. The very trust and faith so many place in Johnson will switch back, making the sense of betrayal even more painful. By Christmas, a time for reflection, Johnson will be politically toxic. He will be no more immune to overthrow in such circumstances than Tony Blair in 2007 or Margaret Thatcher in 1990. Like them, he might well find himself replaced by his chancellor, with the promise of a fresh start.

Being at the top means making the right calls and taking the right decisions, and Johnson has failed at every turn. No doubt he may have had some bad advice, but he’s also been sloppy, complacent, and reluctant to apply himself to the task even when he was well. So determined was he to ignore the devolution settlement in launching his lockdown exit strategy that he has weakened the union with Scotland and Northern Ireland. The free-trade deal with the EU isn’t going to happen. Neither will the one with the US, without featuring British farming. He has appointed a spectacularly lacklustre bunch to his cabinet, and seems overreliant on the svengali Dominic Cummings.

Now Johnson’s shortcomings have at long last been embarrassingly exposed by the replacement of Jeremy Corbyn with Keir Starmer and a reinvigorated and highly able official opposition.

Johnson is slowly losing allies and support in his party and among its usual media allies. Perennial doubts about character and judgement are re-emerging. The exit strategy is premature and chaotic, while also too slow for his natural allies on the right. More than anything, though, the people are beginning to comprehend the human cost of Johnson’s failures. He has let us down. That is the unforgivable bit.