Masks will change the way we communicate - GulfToday

Masks will change the way we communicate 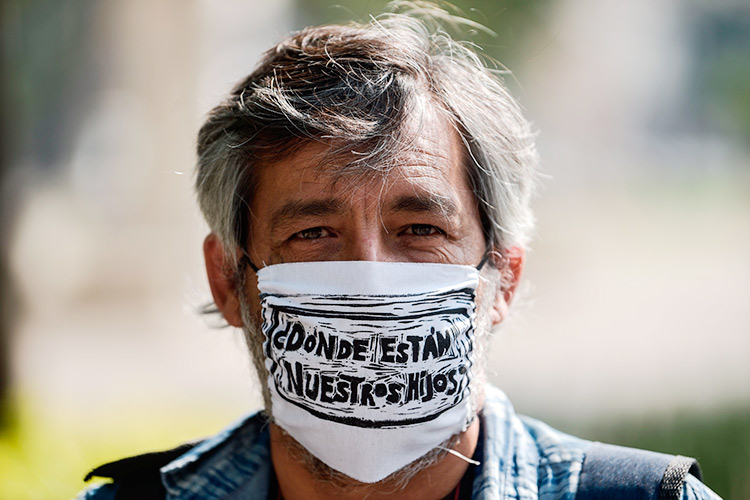 A man with a face mask takes part in a march in Mexico City. File/ AFP

With the country beginning to reopen, one of the staples of the “new normal” is masks, which are redefining what we used to know as “business casual.”

People are individualising their masks, either by design or necessity, by making them themselves. Retailers are offering us masks with the logos of our favourite sports teams and our college alma maters. Personally, I’m waiting for someone to offer masks with matching ties and pocket squares for those formal work meetings.

We may debate the medical efficacy of masks as an effective deterrent to the spread of the coronavirus, but one thing is for sure: Masks will change the way we communicate by hiding many of our nonverbal interactions.

Until the day when masks are no longer needed, we will all have to be more sensitive to how we show, and see, the subtle distinctions in how we communicate without words.

Researchers estimate that anywhere from 65% to 93% of the emotional meaning of messages is communicated nonverbally, through vocal characteristics such as rate, pitch, volume, posture, gestures and facial expressions.

We also know that there are seven emotions, recognized across cultures, that are communicated primarily by our faces: fear, surprise, sadness, happiness, anger, contempt and disgust.

Sadness is primarily identified by a frown with the corners of the mouth turned down, which would be covered by a mask. However, the emotion of sadness also produces pinched eyebrows and occasionally drooping eyelids.

The accurate identification of happiness might actually benefit from masks. It is easy to fake a smile, but it is difficult to artificially engage the cheek muscles and the “crow’s-feet” at the corners of the eyes. Happiness is most evident just below the eyes. So, with a mask it may be difficult to pretend you like that tie your aunt made for you for your birthday.

Anger can be accurately perceived with a face mask because it is expressed around the eyes. The primary tell is the appearance of two parallel lines between the eyebrows and a tightening of the eyelids. Disgust can also be recognised with a mask. It is most evident by the crinkling of the top of the nose. We pull our nose up when disgusted. Contempt may be the hardest to detect with the presence of a face mask. It is exhibited by a one-sided smirk. It can be accompanied by other nonverbal behaviors such as a sarcastic tone, pulling back the shoulders, tilting the head back and literally looking down one’s nose, but it is the smirk we first identify.

There have been studies conducted directly assessing the effects of masks upon interpersonal perceptions. A majority of these studies have been done in Asia, where many cultures have made use of face masks for a number of years (due to smog and SARS).

One of the consistent findings is that perceptions of empathy are hidden by the presence of masks. One study compared doctors with and without face masks and their patients’ perceptions of their satisfaction with the visit, compliance with medical directives and doctors’ display of empathy. While masks did not influence the patients’ satisfaction with the appointment or their compliance with the recommendations, they did influence patients’ perceptions of their doctors’ displayed empathy. Interestingly and surprisingly, the greater the history with the doctor, the more patients believed the doctor was not empathetic.

The decline in perceived empathy due to face masks — that is, being denied facial cues to judge how another is emotionally responding to us — is consistent with another growing body of research. There are an increasing number of studies that seem to indicate that adolescents and early teens are less empathetic as a result of conducting so much of their interpersonal interactions through texting.

The problem is that they are engaging in interpersonal communication without the benefit of the nonverbal visual cues that signal how the person is reacting to their messages. Intuitively, we know that conducting our interpersonal relationships through the phone denies us the benefit of nonverbal cues. As a result, an entire language of emojis has been developed so we can visually contextualize our typed messages.

So as Americans slowly go back to their work and social lives, how will masks change their daily interaction? Conversations are likely to be a little awkward as people search the exposed regions of the face for nonverbal cues as to how the other feels about what we are saying. As a result, interaction may be a little slower and purposeful. Finally, we may find ourselves making far more eye contact, because that really will be the only window into the emotional state of those we are talking to.

They say we really smile with our eyes. We’re seeing how true that is.

Vexed by the virus birdcage, Twitter urges its 5,000 staff to work from home

Twitter staff across the world were asked to work from home from Monday in an effort to stop the spread of the deadly coronavirus epidemic.

The giant social networking site, Facebook shuts its three offices in London till Monday after an employee was diagnosed with Covid-19.

The World Health Organisation has declared a public health emergency of international concern. The UK has had its first confirmed cases. Yes, it’s getting scary. But no, it’s not