Climate change is putting doctors in the hot seat - GulfToday

Climate change is putting doctors in the hot seat 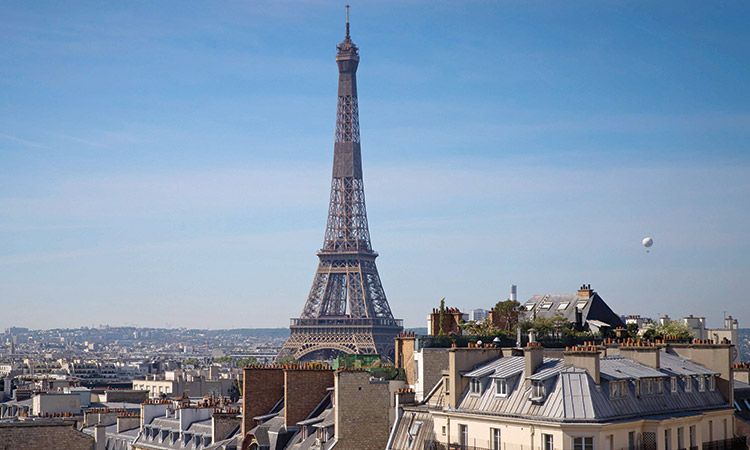 The weather balloon of Airparif, the organisation responsible for monitoring the air quality in France, flies next to the Eiffel Tower, on Thursday. Agence France-Presse

A 4-year-old girl was rushed to the emergency room three times in one week for asthma attacks. An elderly man, who’d been holed up in a top-floor apartment with no air conditioning during a heat wave, showed up at a hospital with a temperature of 106 degrees.

A 27-year-old man arrived in the ER with trouble breathing,  and learned he had end-stage kidney disease, linked to his time as a sugar cane farmer in the sweltering fields of El Salvador.

These patients, whose cases were recounted by doctors, all arrived at Boston-area hospitals in recent years. While the coronavirus pandemic is at the forefront of doctor-patient conversations these days, there’s another factor continuing to shape patients’ health: climate change.

Global warming is often associated with dramatic effects such as hurricanes, fires and floods, but patients’ health issues represent the subtler ways that climate change is showing up in the exam room, according to the physicians who treated them.

Dr. Renee Salas, an emergency physician at Massachusetts General Hospital, said she was working a night shift when the 4-year-old arrived the third time, struggling to breathe. The girl’s mother felt helpless that she couldn’t protect her daughter, whose condition was so severe that she had to be admitted to the hospital, Salas recalled.

She found time to talk with the patient’s mother about the larger factors at play: The girl’s asthma appeared to be triggered by a high pollen count that week. And pollen levels are rising in general because of higher levels of carbon dioxide, which she explained is linked to human-caused climate change.

Salas, a national expert on climate change and health, is a driving force behind an initiative to spur clinicians and hospitals to take a more active role in responding to climate change. The effort launched in Boston in February, and organisers aim to spread it to seven US cities and Australia over the next year and a half.

Although there is scientific consensus on a mounting climate crisis, some people reject the idea that rising temperatures are linked to human activity. The controversy can make doctors hesitant to bring it up.

Even at the climate change discussion in Boston, one panelist suggested the topic may be too political for the exam room. Dr. Nicholas Hill, head of the Pulmonary, Critical Care and Sleep Division at Tufts Medical Center of Medicine, recalled treating a “cute little old lady” in her 80s who likes Fox News, a favorite of climate change doubters. With someone like her, talking about climate change may hurt the doctor-patient relationship, he suggested. “How far do you go in advocating with patients?”

Doctors and nurses are well suited to influence public opinion because the public considers them “trusted messengers,” said Dr. Aaron Bernstein, who co-organized the Boston event and co-directs the Center for Climate, Health, and the Global Environment at Harvard’s school of public health. People have confidence they will provide reliable information when they make highly personal and even life-or-death decisions.

Bernstein and others are urging clinicians to exert their influence by contacting elected officials, serving as expert witnesses, attending public protests and reducing their hospital’s carbon emissions. They’re also encouraging them to raise the topic with patients.

Dr. Mary Rice, a pulmonologist who researches air quality at Beth-Israel Deaconess Medical Center here, recognized that in a 20-minute clinic visit, doctors don’t have much time to spare. But “I think we should be talking to our patients about this,” she said. “Just inserting that sentence, that one of the reasons your allergies are getting worse is that the allergy season is worse than it used to be, and that’s because of climate change.”

Salas, who has been a doctor for seven years, said she had little awareness of the topic until she heard climate change described as the “greatest public health emergency of our time” during a 2013 conference.

“I was dumbfounded about why I hadn’t heard of this, climate change harming health,” she said. “I clearly saw this is going to make my job harder” in emergency medicine.

Now, Salas said, she sees ample evidence of climate change in the exam room. After Hurricane Maria devastated Puerto Rico, for instance, a woman seeking refuge in Boston showed up with a bag of empty pill bottles and thrust it at Salas, asking for refills, she recalled. The patient hadn’t had her medications replenished for weeks because of the storm, whose destructive power was likely intensified by climate change, according to scientists.

Even a short heat wave can upend routine care: On a hot day last summer, for instance, power failed at Mount Auburn Hospital in Cambridge, Massachusetts, and firefighters had to move patients down from the top floor because it was too hot, Salas said.

Other effects of climate change vary by region. Salas and others urged clinicians to look out for unexpected conditions, such as Lyme disease and West Nile virus, that are spreading to new territory as temperatures rise.

In California, where wildfires have become a fact of life, researchers are scrambling to document the ways smoke inhalation is affecting patients’ health, including higher rates of acute bronchitis, pneumonia, heart attacks, strokes, irregular heartbeats and premature births.

Researchers have shown that heavy exposure to wildfire smoke can change the DNA of immune cells, but they’re uncertain whether that will have a long-term impact, said Dr. Mary Prunicki, director of air pollution and health research at Stanford University’s center for allergy and asthma research.

“It causes a lot of anxiety,” Prunicki said. “Everyone feels helpless because we simply don’t know _ we’re not able to give concrete facts back to the patient.”

In Denver, Dr. Jay Lemery, a professor of emergency medicine at the University of Colorado School of Medicine, said he’s seeing how people with chronic illnesses like diabetes and chronic obstructive pulmonary disease suffer more with extreme heat.

Salas said that, as she sat with the distraught mother of the 4-year-old girl with asthma in Boston, her decision to broach the topic was easy.

“Of course I have to talk to her about climate change,” Salas said, “because it’s impairing her ability to care for her daughter.” 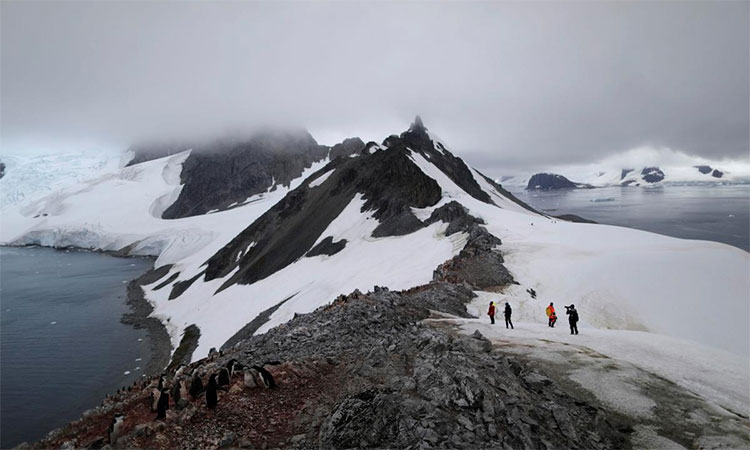