Will the people finally lead their leaders? - GulfToday 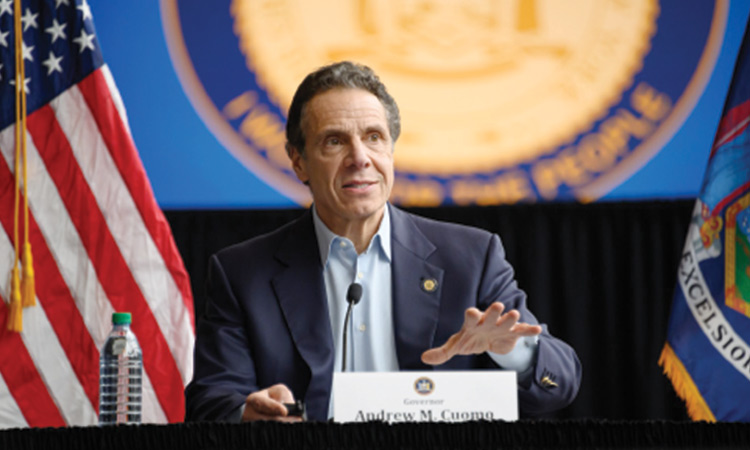 It is a populist concept – yet also a concept that turns President Donald Trump’s brand of populism on its ear. And it was hammered home, in an unforgettable way, Wednesday by New York Gov. Andrew Cuomo in his televised morning news conference. Cuomo started by briefing journalists in Albany. But he ended up lecturing (see also: educating) every politician in Washington.

Cuomo’s briefing seemed carefully constructed – and ultimately choreographed – to appeal to working class Americans who have moved beyond the label-makers’ left/right, red/blue party politics. His accent is incurably Queens, New York; but his appeal in his struggle-to-survive briefings has become apolitically Heartland-Across-the-Hudson as Kansas.

Recently, Cuomo told us a heartwarming story about a Kansas farmer of a family of four, whose wife had but one lung. He had five N-95 facemasks; he kept four and sent one to Cuomo, asking him to give it to a healthcare worker who needs one. (We’ll get back to this.)

The governor detailed his determination to protect New York’s first-responders and health care front-line warriors by disinfecting all subways and buses, every night. So they can safely get to work and save New Yorkers’ lives, every day. “We owe it to them,” Cuomo said.

That will cost money the state doesn’t have – so federal funding is essential, Cuomo said. But Senate Majority Leader Mitch McConnell opposed what his press release called a “Blue State Bailout.”

Cuomo was furious. “What was he trying to say? ... So he doesn’t want to help the Democratic states?” McConnell’s counter-proposal: let states declare bankruptcy. Thankfully that was opposed by Republicans including Ohio Gov. Mike DeWine and Maryland Gov. Larry Hogan. (We’d be safer with either as our GOP president.) But Florida’s Republican Sen. Rick Scott, a former governor, defended McConnell, saying: “We’re supposed to go bail them out? That’s not right.”

“How dare they? ... Let’s stop, just for one moment, the partisanship. The ugliness. The anger. The deception. ...The American people are principled. They are kind. ...The American instinct is to help each other.” Cuomo walked over to a huge black curtain, maybe 20 feet high, pulled a cord. The curtain fell, revealing a collage of hundreds of handmade cloth facemasks sent to New York from across the USA.

“This is a self-portrait done by the American people,” Cuomo said, gesturing at the massive mess of masks. “You know what it spells? It spells LOVE!”

It was then that Cuomo launched into his final message: America’s people get it but now America’s people need to lead their leaders. And as he spoke, I found myself thinking back to shortly after the terror attacks of Sept. 11, 2001. I was in Moscow, reporting for a book and a TV documentary (title: “Avoiding Armageddon”). I interviewed former Soviet President Mikhail Gorbachev on the urgent need to safeguard the world’s poorly secured nuclear, chemical and biological weapons – before terrorists can use them against us.

Gorbachev agreed – and wanted to make it a crusade. The last Soviet president spoke at length on how he wanted to convince world leaders to lead their people on the importance of securing loose weapons of mass destruction. When he was done, I suggested perhaps he had it backwards. He looked surprised. I continued: Perhaps this is a rare moment when the people get it but the leaders don’t. Perhaps this time the people need to lead their leaders into doing what is right. Gorbachev paused, then agreed.

That was correct around the world after 9/11 – and it is correct in Trump’s America today. It is way past time for the best of Republicans to finally lead – even demand – a party-wide return to decency and truth. And a return to a party that will return the grand to its GOP.

New York Governor Andrew Cuomo is the nemesis and antithesis of the current occupant of the White House Donald Trump. Cuomo haunts Trump’s waking and sleeping hours because Cuomo adopts opposing positions on how to deal with the coronavirus. 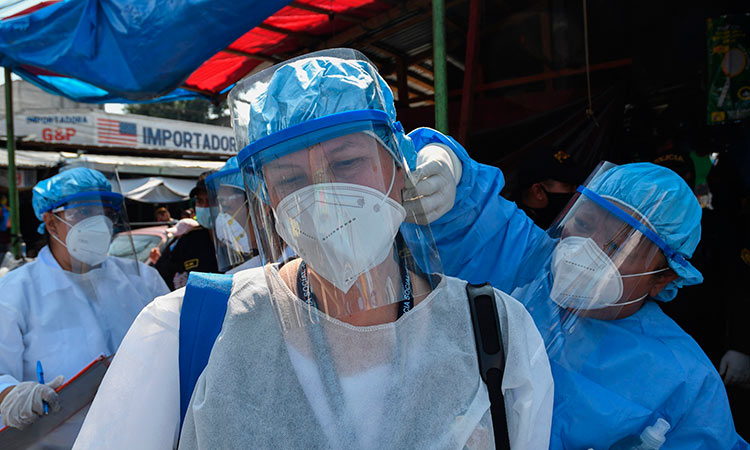