Sad fact about US during COVID-19 - GulfToday

Sad fact about US during COVID-19 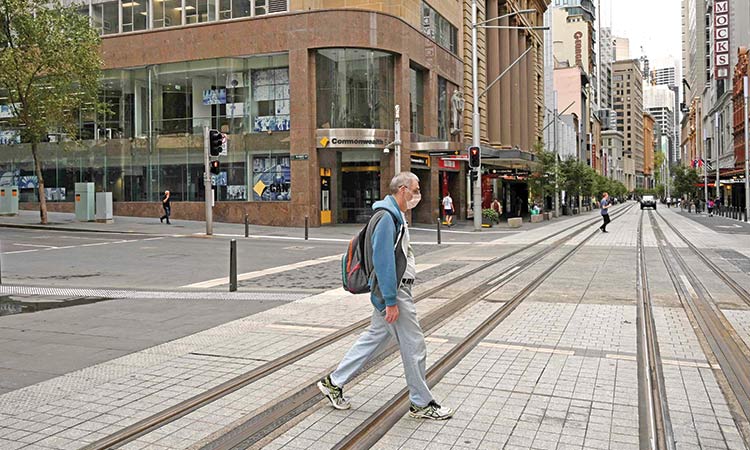 Eric Lewis, The Independent
Welcome to the twilight of late capitalism. The shutdown has now been ongoing, erratically and incompletely, for about six weeks in the United States. In the last five weeks, around 26 million people have lost their jobs. That is a numbingly huge number, equivalent to about 23 per cent unemployment which is comparable to the Great Depression. No doubt many of those workers worked for their employers loyally for many years, often for low wages; the federal minimum wage is still $7.25 per hour. That loyalty was not reciprocated. It rarely is.

These 26 million newly unemployed do not include workers working fewer hours or taking salary reductions. In less than a month, a huge chunk of the workforce finds itself out in the street — or at least closer to it. To the extent that employers actually provided the 26 million with some health insurance — a rare enough event — that coverage will be gone, unless workers can afford to continue that coverage with their unemployment benefits or limited savings. So millions of people now not only have no job and no income, they have no ability to take care of the health needs of their families in a time of pandemic.

What is remarkable is how quickly the bonds of employer and employee are severed in the American economy. To economists, this shows the “efficiency” and “flexibility” of our labour markets. Unlike in Europe, workers are hired and fired rapidly so there is no friction for employers who want to shed workers. To real people, it shows that between employer and employee it is all, in the words of the Godfather, “strictly business.” To be sure, the federal government has pumped huge amounts of money into various programs to keep businesses from collapse. The Paycheck Protection Program, while poorly designed and inadequately funded, encourages small business owners to keep workers on the payroll. But the most significant effect of the government program is to underwrite the continued viability of corporations and their profits rather than to provide necessary day-to-day support to workers without income or savings. Creditors are allowed to seize the $1,200 stimulus checks from debtors; many of those debts were racked up through sky-high credit card interest rates. Airlines that used record profits and previous bailouts to buy back shares and pay huge bonuses to executives are now receiving vast bailouts. The same is happening with oil companies.

Businesses privatise their successes and put their failures on the taxpayer. Corporations have no incentives to save funds for a rainy day; they distribute funds in good times and put their hands out in bad times. For individuals without rainy day funds, there are few bailouts on offer. Shareholders and corporate executives have succeeded in turning the New Deal and the Fair Deal into the Art of the Deal, which systematically favors capital over labor.  In times of crisis, government relief is directed primarily at business.  Whatever happened to “creative destruction?” If companies fail because of the coronavirus, presumably new companies will arise to take their place. Instead, corporations are bailed out, allowed to fire all their workers and have the cash to reward executives and shareholders when things improve. When objections are raised to government programs that are skewed toward business rather than workers, progressives are told not to “politicise” the pandemic. This is not the time to consider the minimum wage, or debt relief or universal healthcare. But political choices are made all the time and they are being made now.

This is not a year for saving American crony capitalism. It is a year when our resources as a nation must be focused on old-fashioned relief for individuals. Monetary relief, food relief, healthcare relief, rent relief, work relief. There are 26 million people out there who can help build infrastructure and take care of others. Our essential workers don’t need just to be applauded every night. Our healthcare workers need to be paid wages that befit their skill and commitment and courage. Our grocery workers need to be able to pay rent and support a family if they work 40 hours. They all need to be able to see a doctor or go to a hospital if they get sick without being bankrupted.

Now, as the government is incurring trillions of dollars in debt, it has the obligation to make sure those trillions of dollars are spent in a way that rewards those heroes, supports the vast number of unemployed, lets people stay in their homes and feed their children, and takes care of the sick. Corporate hardship and lost profits may be unfortunate; but our challenge as a people is existential.

Millions are unemployed, public budgets are falling apart, the economy is struggling, and the COVID-19 epidemic is raging anew — and most of the $2.7 trillion floor Congress put beneath that misery will soon be gone.