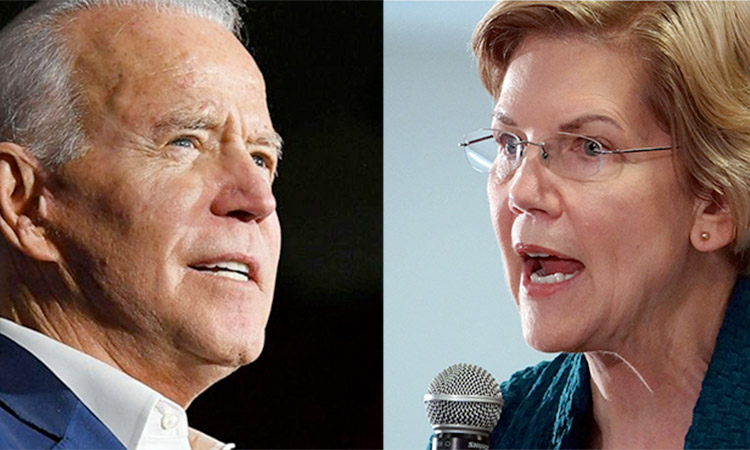 Public discussion of vice presidents usually focuses on how they will or won’t help the party win the presidency. Massachusetts Senator Warren or Vermont Senator Bernie Sanders could help energize the left wing of the party. California Senator Kamala Harris, or former Georgia gubernatorial candidate Stacey Abrams, or even Michelle Obama — who Biden today said he would appoint “in a heartbeat” — could help turn out black voters. Minnesota Senator Amy Klobuchar or Michigan Governor Gretchen Whitmer might help Biden in the upper Midwest, where Hillary Clinton lost the national electoral vote in 2016.

But these factors need to be balanced against another important election — the contest for the United States Senate. Many of Biden’s choices could affect Democratic Senate contests. And if Biden defeats Trump but loses the Senate, he hasn’t really defeated Trump.

The 2020 presidential contest is hugely important if we’re to minimize ongoing damage from the coronavirus pandemic, or roll back the damage Trump has done on everything from pollution standards to the immigration system.

But as vital as winning the presidency is, wresting back the Senate from Republican control is arguably even more important. The GOP Senate has flooded lower courts with far-right, often unqualified political hacks as judges. Democratic appointees Ruth Bader Ginsburg and Stephen Breyer are both in their 80s; we need a Democratic Senate to confirm them, or Mitch McConnell might just block replacements for four years, as he blocked Obama’s last appointment for almost a year. Unless Democrats get back control of the Senate, we’re looking at a judiciary that will reflexively strike down progressive priorities, from healthcare to voting rights. A Democratic president without a Democratic Senate isn’t going to be in a position to fix what Trump broke, much less confront climate change, expand voting, or empower unions.

Democrats are currently in a minority in the Senate, 53-47. They have a real chance to win the chamber back, though. Arizona Democratic Senate candidate Mark Kelly is currently polling 8 points ahead of incumbent Martha McSally. Democrats also look well-positioned in Maine, North Carolina, and Montana — though they’re likely to lose Doug Jones’ seat in Alabama.

One thing is clear, though: any Democratic victory in the Senate is going to be very close. The last thing Democrats want to do is put safe seats in play. But some of the candidates Biden is considering for vice president could do just that.

Even in the worst-case scenario, it’s almost impossible to imagine Republicans taking a Senate seat in very blue California — which means that Kamala Harris is probably a safe vice presidential choice.

Of course, the Senate isn’t the only consideration. Biden has said he intends to choose a woman as his vice president, which rules out Sanders and Castro. He’s also, presumably, interested in selecting someone who would be ready to take on the duties of president — an especially important consideration, given Biden’s age and the increased health risks for the elderly during this pandemic. Abrams, who has never held national office, is less conventionally qualified than the senators and governors who have been mentioned for the post.

Warren would be very qualified, and I admit I’d be excited if Biden chose her. But I’d also be worried. The country is in crisis; chances are that in November, we’ll still be struggling with the pandemic and a massive economic recession. We need to do more than half-win. And that means Biden needs to pick a vice president who will help him win the Senate as well as the presidency