Virus could get Trump into hot water | Carli Pierson - GulfToday

“Donald Trump has blood on his hands.” Those were the words of New York City’s comptroller Scott Stringer, whose mother died last week of COVID-19. He wasn’t the first person to say it, but this time Stringer’s words hung glaring, suspended in air thickened with the struggling breaths of tens of thousands of sick New Yorkers and exhausted medical workers struggling in emergency rooms and ICUs overflowing with dying patients. This time those words meant something to everyone in America, not just families of migrants worried about their loved ones stuck in filthy, overcrowded immigration detention centres.

Trump’s handling of the crisis has been monumentally bad; perhaps even criminally bad. From the disinformation campaigns (“it’s just a flu”), to deciding not to release immigration detainees with no criminal record at high risk for contracting the virus (including children), the president has made decisions that will likely have cost hundreds of thousands of Americans their lives.

The US is well-known in the international legal community for talking up human rights and international justice without wanting to commit itself to those principles. Under the Trump administration, the US withdrew from the UN Human Rights Council and the UN’s cultural and scientific body, UNESCO, in 2018 and 2019 respectively. Nevertheless, Trump’s actions toward detained migrants violate of several international human rights treaties to which the US is still a State Party. That includes the Convention against Torture and Other Cruel, Inhuman or Degrading Treatment or Punishment and the International Covenant on Civil and Political Rights, among others.

Although a sitting president cannot be criminally prosecuted, he can still face criminal charges in the US after leaving office. But there could be international legal consequences for his actions which led to, and then worsened, the humanitarian crisis accompanying the pandemic.

For instance, if another country were to find Trump guilty of crimes against humanity, including torture, imprisonment, or extermination, he could be detained when traveling to that country under the principle of universal jurisdiction. Universal jurisdiction is an international legal concept that allows a national court to investigate and prosecute certain crimes, including crimes against humanity, torture and genocide, even if those crimes weren’t committed within its national territory. It hasn’t been invoked often, but it’s not an impossibility.

I posed the question of whether Trump might face international legal ramifications for his actions toward detained migrants during the pandemic to my friend and colleague Ata Hindi, a research fellow at the Institute of Law at Birzeit University, in Palestine. He explained to me, “Justice and accountability for human rights violations — in one form or another — are always possible, even for individuals like Trump. I don’t find much hope in the US constitutional and legal order; it’s a system that has allowed him to thrive. Whether this concerns violations at home or abroad, we need to take a more serious look and explore every single avenue for justice and accountability and get to work.”

Professor of comparative and international criminal law at IE university in Madrid, Marina Askenova, has a similar take on world leaders during the crisis generally. I asked Askenova about whether Trump might face international legal responsibility for his actions under the international legal principle of universal jurisdiction, for example, toward detained migrants during the pandemic, for instance. She responded, “Yes, universal jurisdiction may be that principle, however it depends on the country in question – Germany and Spain have provisions for prosecuting international crimes committed by any national anywhere in the world. But not every country has that.”

As for justice at home, it’s unlikely we’ll see much thanks to the extreme state of partisanship politics and the sycophancy of Trump’s Republican colleagues. Speaker Nancy Pelosi is assembling a bipartisan committee to oversee the delivery of the administration’s $2 trillion coronavirus aid package, but that only tracks the money – international legal action may be our only hope for to hold Trump accountable for his crimes.

We know that this virus is especially lethal for the elderly, people with compromised immune systems and respiratory problems – but it’s also especially deadly for those who are incarcerated in prisons and immigration detention centres. Amnesty International released a report Tuesday on the crisis in immigration detention centres raising the issue of the potential legal responsibility of Immigration and Custom’s Enforcement (ICE)’s treatment of migrants. It said: “US authorities are fully responsible for all individuals in the custody of ICE, and therefore may be liable for any preventable deaths under their watch. ICE has the authority and obligation to grant humanitarian parole to immigration detainees, before any more people in its custody contract Covid-19 and suffer irreparable harm.”

This country’s record of exceptionalism in the face of international law reaffirms the importance of a united global community, the principle of rule of law and international enforcement mechanisms like universal jurisdiction – mechanisms that are capable and willing to hold presidents like Donald Trump and other top officials accountable for their wanton cruelty toward vulnerable populations.

There is no doubt that COVID-19 became a pandemic because of the nature of our highly scientific, technological and interconnected society. Our global community is also cracking under the unprecedented pressure of rapid and complex changes in our physical world – the climate crisis, armed conflict, capitalism, urbanisation, and vast social inequity have all contributed.

It will take science, technology and the rule of law to restore justice in our nation. And if this crisis has taught us anything, it’s that some things can’t wait. 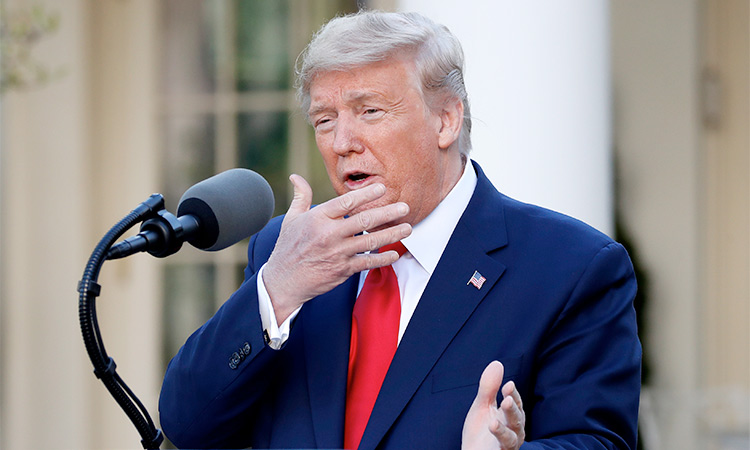 The US may be reaching its “Chernobyl moment” as it fails to lead in combating the coronavirus epidemic. As with the nuclear accident in the Soviet Union in 1986, a cataclysm is exposing systemic failings 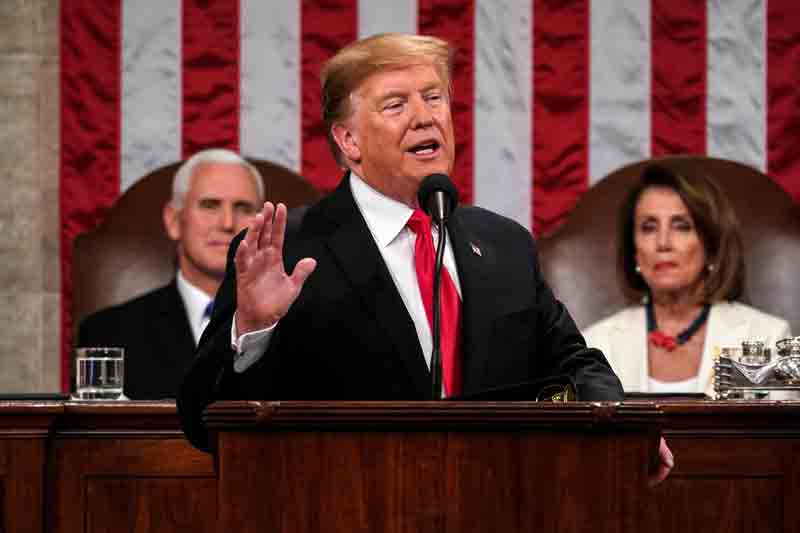 Trump's announcement came as the US death count crossed 2,100, more than double the level from two days ago. The United States has now recorded more than 122,000 cases of the respiratory virus, the most of any country in the world.