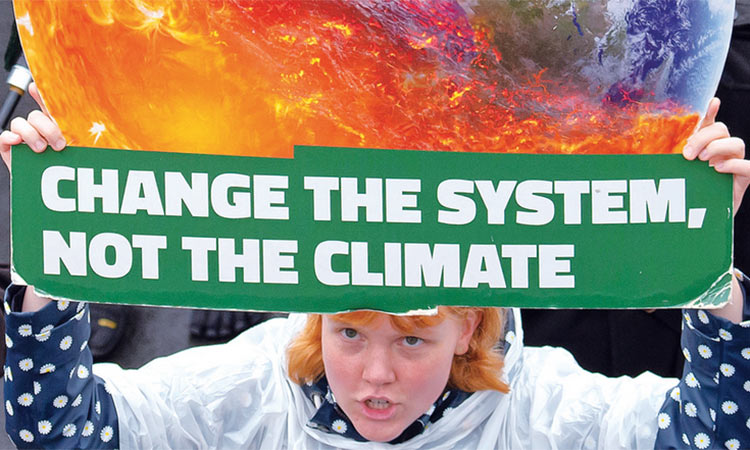 Joshua Curiel, The Independent
Sir Michael Marmot, professor of epidemiology and public health at University College London, has said that “coronavirus exposes that we can do things differently”. When it comes to the climate crisis, he added “we must not go back to the status quo ante” – to the way things were before the pandemic.

Changes that we’ve repeatedly been told weren’t possible are, all of a sudden, eminently so. Flights have been grounded and global emissions slashes in a matter of weeks.

Yet it is not simply climate policy which has discovered new realms of possibility, but climate protest, too. Given global bans on mass gatherings, many may have expected the climate protest movement to be put on ice. Yet undeterred activists have found new and exciting ways of adapting to these unusual times.

I’m a young climate activist and have always questioned the impact of mass public demonstrations. Yes, they show that we care a great deal about the environment, but at some point along the way, the science and facts are forgotten and traded in for catchy slogans. With the coronavirus putting a halt to public gatherings, we are able to return to listening to experts. I’ve loved watching the webinars and gaining invaluable information about what I can do in my everyday life to make a difference. Small things like recycling properly, purchasing second-hand clothes, and limiting everyday waste are important and can’t be forgotten.

On Friday, the author and activist Naomi Klein joined Diarmid Campbell-Lendrum, head of the climate change unit at the World Health Organisation, for the first Talks for Future webinar. Organised by Fridays For Future, the global climate movement in which more than seven million schoolchildren have participated in the past two years, the webinar was broadcast via YouTube and social media to thousands of young climate strikers around the world.

Though Klein and Campbell-Lundrum disagreed on the effectiveness of various government responses to the coronavirus crisis so far, they agreed on one thing: climate activism could successfully continue during a time of lockdown – and not just through feel-good but ineffective “clicktivism”, but through meaningful online organising. In fact, that lockdown offered exciting opportunities for climate strikers to make new connections with one another.

Far from depleting the movement, in other words, moving global climate strikes online allows for millions more to participate. Swedish climate activist Isabelle Axellson said that “wwe’ve had to expand our team internationally”, including from “the Philippines, from Africa, from Argentina”. In parts of the world where there are few climate strikers, the internet allows their voices to be amplified far wider than would normally be the case. My brother, a 17-year-old climate activist, said: “it’s incredibly exciting and interesting. I can be speaking to someone from Russia one minute – and the next, someone from Kenya.’’

A couple of weeks ago, Fridays For Future called for “a climate strike online, a strike from home and on the Internet”, including webinars and social media posts with placards encouraging climate strikes from home.

Such digital strikes are often accessible to those – such as one 20-year-old living in Mumbai, where political unrest means that gatherings of four or more are grounds for arrest – for whom street protest is not an option.

This is an opportunity to see all that is good about the internet. When I was little I was constantly told about how bad the internet is and that spending too long online is never good. But is it bad to spend a long time learning about the climate – and even other cultures at the same time? Of course it isn’t. Young people are using their tech-savviness for good, creating eye-catching and informative online posters and messages to engage more and more young people in the climate movement.

Social media has been used to great effect to amplify the strikes on the street, but never to the extent that it is being used now. Young people are creating short animation films, forums to talk to people all over the world, and, most importantly, webinars with experts.

The migration of the climate movement online is a great leveller. This is an exciting new chapter for global climate strikes, which are finally becoming a truly popular movement.