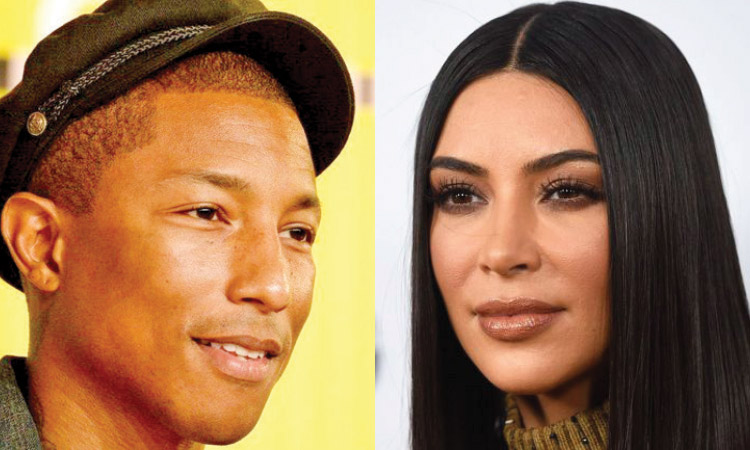 Kardashian-West isn’t the only celebrity during the current pandemic to lay bare the gross inequities between the lifestyles of the rich and famous and those of us struggling to make ends meet. The singer Sam Smith had an early and emotional breakdown on the steps of their £12 million mansion. Pharrell Williams asked fans to donate to help buy personal protective equipment for healthcare workers and got dragged for not emptying his own deep pockets. Madonna waxed poetic about how terrible yet wonderful it is that this deadly virus is a great equalizer while bathing in actual rose petals (after singing a bizarre song about fried fish which I insist you watch because honestly, it’s the best MAD TV sketch there never was).

Folks on both the left and the right have long lamented “celebrity culture,” the vacuous glorification of wealth and excess. The myth of aspiration and meritocracy has long been a part of the American psyche. We follow our favourite celebrities on Instagram, “liking” their selfies in walk-in closets and marveling that their bathrooms are the size of our living rooms. We are a nation that worships matinee idols as though they’re golden calves.

Well, Moses just came down from the mountain. Rather than carrying stone tablets, though, he’s carrying coronavirus. The current pandemic has laid bare just how vapid and ultimately untenable celebrity culture — and by extension late capitalism, with its massive wealth inequality and maltreated proletariat — is. Celebrities are avatars through which we live vicariously, enjoying their wealth and luxuries by proxy and dreaming that perhaps one day we, too, could load up the truck and move to Beverly (Hills, that is).

However, as Amanda Hess writes for the New York Times, “the dream of class mobility dissipates when society locks down, the economy stalls, the death count mounts and everyone’s future is frozen inside their own crowded apartment or palatial mansion.” While it is true that (to paraphrase Madonna Antoinette) Covid-19 doesn’t care if you are rich or poor — as Tom Hanks, Prince Charles, and country singer Joe Diffie (who sadly passed away from the disease) show — it is exposing the gross inequalities inherent in our system.

That doesn’t mean celebrities aren’t feeling the same mortal terror as the rest of us. It also doesn’t mean that they are the primary antagonists in the burgeoning class war. Indeed, as Hess points out, most film stars and athletes and famous musicians — though incredibly wealthy — don’t come near the richest of the rich.

They are, as she correctly states, “the ones who are tasked with liaising with the general public,” — essentially, the spokespeople for the 1 per cent. That folks are turning on them now — tired of them complaining about self-distancing in their sprawling palaces while a record number of Americans file for unemployment — might be a sign of more interesting things to come. We may even be seeing the first defections from the bourgeoisie: comedian Fran Drescher is calling for a general strike while comrade Britney Spears is demanding the redistribution of wealth.

Maybe they’re just trying to save their own skins, or maybe they’ve decided to use their platforms to do more than moan about how hard it is to be rich in a plague. Either way, you love to see it. We often call our celebrity idols snacks, after all, and I have long been a proponent of eating the rich. With supermarket shelves empty, soon we may have no choice.