No, we shouldn’t ‘go easy’ on Boris Johnson — our health depends on each person acting responsibly - GulfToday 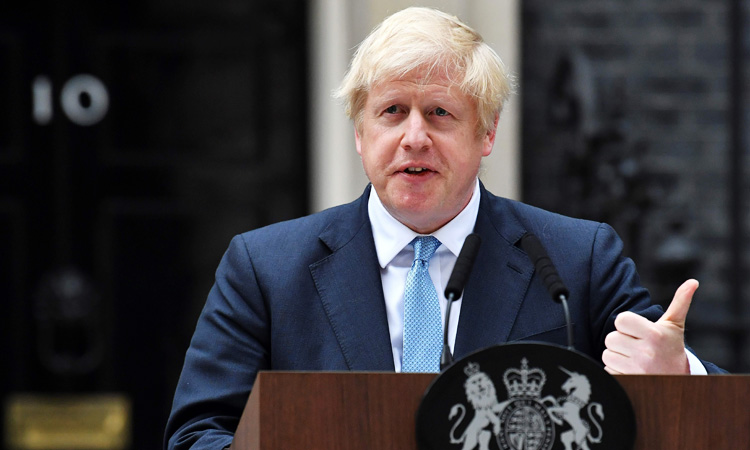 Rachel Shabi, The Independent
As we wake each day to the world-shattering coronavirus crisis, we are also waking up to the reality that to get through, we must all play a part. Our interdependence has always been true, however distant we have grown from it. But in the midst of a pandemic, every person’s health is now reliant on each person acting responsibly.

Collectivism and unity of purpose are at a premium — and rightly so. But progressives and leftists, who have long championed such values, have lately been asked to put a sock in it. Questioning the British government’s approach to the coronavirus pandemic was cast as politicising a crisis. Pointing out that prime minister Boris Johnson was responding insufficiently was seen as panicking the public. And asking why the government approach so completely diverged from the World Health Organisation advice and measures pursued worldwide was a danger to the national interest.

This is not to assign bad faith: you can see the good intentions behind these reactions. Rallying behind a government during such an emergency may save lives and prevent social breakdown. Since it is vital that public health advice is followed, nobody wants to risk muddying the message. There’s understandable caution over stoking mistrust in the midst of a pandemic, or inadvertently fuelling conspiracies of the sort that keep deadly viruses in circulation. And meanwhile, the government mounted a defensive shield called “led by the science” (in reality, scientists disagreed) around its now junked coronavirus strategy, which made non-experts nervous of disputing it.

Add to this that the left is still reeling from historic electoral defeat. Its confidence has been shaken to the core and with Labour in the limbo of a leadership contest, you start to see why progressive voices wavered at a critical time. The government eventually made a screeching handbrake turn on its dangerous policy of mitigation rather than suppression of the virus, though the real pressure came from scientists and the medical profession – not the opposition. At one point, Telegraph readers were more forthright over the government’s folly than Labour MPs.

The past week, full of extraordinary measures and unimaginable change, has seen the left grow more vocal. Critiques have come from Labour leaders past, present and potential. Progressive think tanks laid out how much further government interventions needed to go, explaining that people would not adopt measures such as self-isolation if they could not afford to.

The government was urged to speed its perilously sluggish pace, crank up communications that seemed scattered and contradictory. In an act of fridge-hiding on an epic scale, No 10 issued essential information on the elderly self-isolating — news bound to cause alarm and distress — anonymously via a favoured journalist, rather than in a prime ministerial broadcast. And it senselessly allowed reports of a London lockdown to circulate before deigning to deny them. Small wonder the public was panic-buying, confused and still going to pubs.

By then, criticism was coming from far and wide as Johnson still fiddled on the decks of the Titanic with half-hearted requests that people stay home, rather than enforcing rules as policy and financially underwriting them. Then, Friday saw a serious and welcome step change — a huge and open-ended economic package welded to instructions for pubs, restaurants and gyms to close down.

But the trouble with “not making things political” is that it deprives us of the tools that might explain why the government has acted so slowly — and the ability to help it to get policies in the right place. We need to be able to assess that a government wedded to the idea of a hands-off state may struggle to deploy the scale of state intervention required. We need to analyse why the government prefers to think landlords and businesses will do the right thing and not sack or evict people if asked nicely.

We need to interrogate the assumption that the market will produce what’s required, if requested, when demand for health supplies alone is crying out for state requisitioning and industrial policy.

And we do need to keep prodding a prime minister who imagines people will at this time magically reduce seriously harmful behaviour if you just nudge them a bit.

With parts of the country re-entering a version of lockdown, it is clear that the coronavirus pandemic is not going away any time soon. Damning evidence released this week lays bare the cost of the crisis on the lives and livelihoods of black, Asian and minority ethnic people.