Coronavirus: Are the heavens angry? 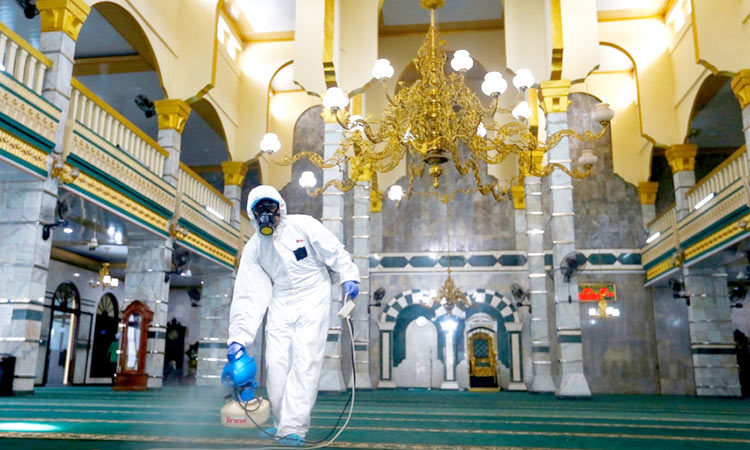 I hope the Maker isn’t in a rage. I am tempted to come to that scary conclusion after I read about orders to shut down mosques, churches and places of worship. Has He deliberately chosen to make Himself unavailable to mercy-seekers? Imagine 368 deaths in 24 hours (Italy) and nowhere to kneel down and seek forgiveness. Imagine 129 coffins in a day (Iran) and nowhere to prostrate and beg for mercy. Imagine a locked down France and nowhere to cry for normalcy.

Imagine losing over 6,500 fellow human beings to a pandemic and nowhere to pray for relief.

Is He trying to fix us for our misdeeds? Are we being pulled up for allowing thousands to drown as they frantically look for cover? Or for letting thousands of children die in war zones? Or for playing mute spectators as millions starve to death in Africa? These questions have been disturbing me for a while. And the disturbance is getting worse as I land on reports like the following. The Guardian newspaper states, “The coronavirus epidemic in the UK will last until next spring and could lead to 7.9 million people being hospitalised, a secret Public Health England (PHE) briefing for senior NHS officials revealed.”

“The health chiefs are braced for as many as 80% of Britons becoming infected with the coronavirus over the period,” the report added.

I can hear the rationalist laughing as I talk. But what makes him think that if in his world of reason brutes aren’t spared and are punished, they’ll go scot-free in the world of belief.

The followers of leaders, who are behind the tears of millions of parents discovering their children’s lifeless bodies, couldn’t have gone unpunished. Divinity had to make a thunderous entry.

It had to stop the shedding of tears of those made homeless for a fault they hadn’t committed.

When we see them standing on the debris of what used to be their homes we should safely blame it on patently greedy politicians. The warmth of the chair leaves them morally frozen. They don’t mind the sight of the pall because they don’t have to bear it and don’t mind the creation of mass graves because the victims served them as cannon fodder. Power is like alcohol. It paralyses reason. My friend says it is like s.. . It is never enough.

Well, I hope I am wrong. I hope the heavens are not trying to fix us. I hope the Creator isn’t losing interest in His creations.

Iran has reported a rise of 10,463 daily coronavirus cases on Monday, bringing total cases in the country to 692,949. Middle East's worst affected country Iran also reported that, 458 people had died from COVID-19 in the past 24 hours.