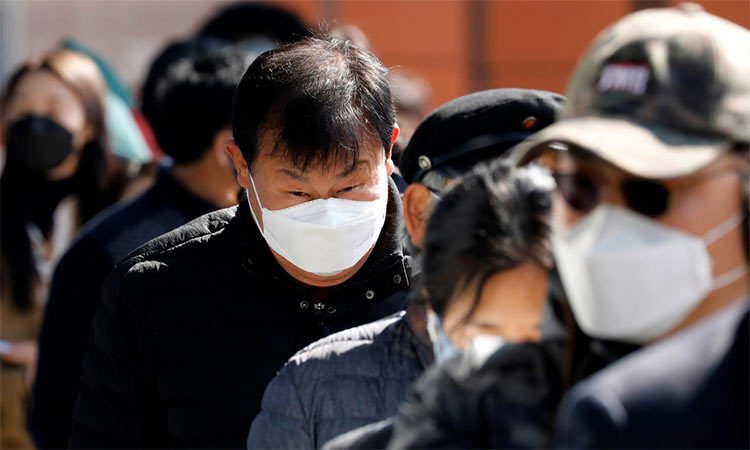 Farah Khalique, The Independent
Like millions of fellow Brits, I have had to make difficult decisions this week. The hardest was whether to stay in the UK, where my family is based, or move to Brittany with my French partner, where his elderly father and last living relative resides (in case, as seems about to happen, the borders slam shut).

We chose to stay here, but after comparing BoJo’s bumbling Monday-night press briefing to Macron’s impassioned address to the nation, I was gobsmacked. Macron promised unlimited budgetary support for companies and their employees to the tune of €45 billion. France will suspend taxes, rent and utilities for every single struggling small business, and set up daycare for the children of medical workers. The state will pay for their taxis and hotels.

If Tuesday’s briefing with chancellor Rishi Sunak was meant to assuage our fears, it failed. The government’s speechwriters had clearly listened to Macron and stepped the language up a notch, throwing in a few “whatever it takes”. But for all the effusive rhetoric, the substance of his speech reinforced the fact that in the eyes of Boris Johnson’s government, business comes before people.

The prime minister dodged a question at Tuesday’s briefing about how the government will support the country’s nearly five million self-employed workers and, somewhat shamefully, there were no measures announced to support NHS workers. Who will look after the children of our army of doctors and nurses while they are on the front lines – people like my 64-year-old mother, an independent prescriber at a GP surgery that is already inundated with panicky patients?

This government still will not pay to test the entire population, despite the World Health Organisation calling on nations to “test, test, test”. A town in northern Italy has eradicated all new infections by blanket testing the entire population, so we know it works. The underlying message is loud and clear: we will take a wait-and-see approach to this crisis, rather than follow the global experts and pull out the big guns immediately.

We should not be surprised. As Professor David Edgerton recently wrote in The Guardian, Britain has a tradition of cold calculation: “Previous governments have displayed a willingness to preside over catastrophic losses of life, and an unwillingness to over-invest in expensive (and potentially unnecessary) defences.” In a nutshell, the health of the economy ranks above the health of the people.

Neville Chamberlain’s government did the bare minimum to prepare for bombing in the 1930s, pinning its hopes on deterring an attack and keeping the economy strong. Britain was lucky there were no gas attacks and the Blitz was not as bad as feared. However, scientists tell us that the coronavirus is here to stay and we may face new strains of it, so a vaccine is no silver bullet. We can already see how Covid-19 has devastated societies around the world; yet the tradition of cold calculation still drives this government’s wait-and-see mindset.

France, on the other hand, has a long history of “state capitalism”, one that harks back to Jean-Baptiste Colbert, who served King Louis XIV as minister of finance from 1661 to 1683. Colbert threw his weight and the public purse behind large-scale projects, the domestic production of high-quality goods like glassware and encouraged competition in French industries.

In France, the state manages the economy but the economy remains capitalist. When Macron promised taxis for medical staff, he no doubt drew inspiration from the “Marne Taxi”, a private fleet of Parisian taxis of which the French army took control in order to transport troops to the First Battle of the Marne in September 1914. In wartime, even capitalist states need to intervene with a heavy hand.

As France well knows, we cannot wait for markets to right themselves in times of crisis. Instead of bleating on about how the economy will bounce back, the government needs to step in. That means more than businesses loans. Large-scale, radical intervention is the only way to win this war. Spain has nationalised all private hospitals and healthcare providers in a bid to save human lives, while private hospitals here in the UK are charging £300-a-bed for coronavirus patients. Even in wartime, this government is still bowing to the private sector.