‘I’m alone. And I will be honest with you: I’m suicidal’ - GulfToday 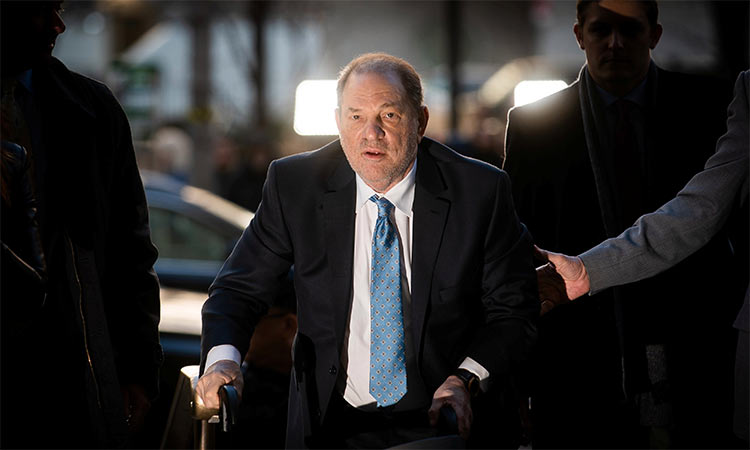 The one-time Hollywood producer of movies like “Shakespeare in Love” and “Pulp Fiction” was in a dark and despairing place after the first published allegations of his predatory behaviour appeared in 2017, with the cinematic powerhouse suddenly a pariah reviled by family and friends, newly unsealed documents in Manhattan Supreme Court revealed.

“I have only despair,” Weinstein wrote in one of the now-public papers, a draft of an unreleased statement dated Dec. 21, 2017. “I have lost my family. I have daughters that will not talk to me. I have lost my wife. I have lost the respect of my ex-wife and generally almost all of my friends. I have no company. I’m alone. And I will be honest with you: I’m suicidal.”

“In addiction, we have to forgive ourselves. Yet, I find it impossible. I have devastated my friends and my family. I don’t want to forgive myself, but if I roll up my sleeves, I can show the world the suffering I’m seeing on this journey.”

Among the devastated family members: His older brother and ex-business partner Bob Weinstein. In a Nov. 2, 2017, email to Harvey, Bob ripped into the since-convicted sexual offender as a pathological liar and a rapist.

“Just read u been abusing women, when u were in your twenties,” wrote Bob Weinstein. “Numbers are up to 82. U are world class, in that area. U deserve a lifetime achievement award for the sheer savagery and immorality and inhumanness, for the acts u have perpetrated.

“Now show some strength and don’t write back. If u do, it’s just your denial and disease having the power of the last word. If u actually say u are trying to get better, It’s just another lie amongst the millions. (F __) u Harvey Weinstein. I pray there is a real hell. That’s where u belong. I suppose being you, is its own hell, if u could feel it, but no chance. OJ didn’t kill Nicole Simpson and u had consensual sex with all those poor victimized women.”

More than 1,000 pages of documents were unsealed in advance of the 67-year-old defendant’s Wednesday sentencing, with many depicting his abject desperation as his world crumbled in the wake of exposes by The New York Times and New Yorker. Both reported on allegations that he raped and abused scores of women over years of outrageous behaviour.

The Weinstein legal team fought to keep many of the documents out of the trial, and they were kept under seal for two years. Their client faces a maximum of 29 years behind bars.

The mountain of paperwork also indicated prosecutors intended to call an additional 11 women to testify against Weinstein if he took the stand to testify in his own defence. They battled in vain to call a total of five witnesses to testify about so-called prior bad acts, but were granted three.

The defence team rested without putting Weinstein up as a witness.

In a letter to deep-pocketed pals like Michael Bloomberg, Jeff Bezos and Tim Cook, a more upbeat Harvey insisted on his innocence against allegations brought by dozens of women worldwide — including a half-dozen who testified at the Manhattan trial where he was convicted last month of criminal sexual act and rape.

“There are many false allegations and over time, we’ll prove it but right now I’m the poster boy for bad behaviour,” the disgraced producer wrote to Amazon CEO Bezos on Oct. 8, 2017.

“I don’t need you to make any public statements — just a private one to my gmail (copied here) saying that you support me getting therapy and the help I need before the board fires me.”

Weinstein, responding to a message from gossip columnist and television host A.J. Benza in November 2017, appeared to affirm that he was sexually abused as a child.

“It is (an) incident when I was a very young boy,” wrote Weinstein in reply to a question from Benza. “I’m having a hard time. I beg (you) not to say anything. Please change (the) subject and delete this (I) am breaking ... (down) remembering I need your friendship. I want to be a writer.”

“That’s a great first step — admitting you’re sick,” she replied. “It must be hard to see the riptide of your behaviour turn on you, and start to drag you under. Maybe subconsciously you knew that one day you would reap what you have sown.”

In a series of communications later that day, Weinstein begs Apple CEO Cook, the vice chairman of NBC, Ronald Meyer, Netflix CFO Ted Sarandos and more to step in and stop the board of his own company from firing him.

In one email to Bloomberg, he writes, “Allow me to resurrect myself with a second chance. A lot of the allegations are false, and given therapy and counselling, as other people have done, I think I’d be able to get there.”

Weinstein was under investigation for economic crimes when allegations of sexual abuse were first reported, the unsealed documents revealed. The file also shows that defence attorney Jose Baez recused himself from the case after the “Reservoir Dogs” producer broke their agreement and became too insufferable to represent.

“First, Mr. Weinstein has engaged in behaviour that makes this representation unreasonably difficult to carry out effectively and has insisted upon taking actions with which I have fundamental disagreements,” Baez wrote to Manhattan Supreme Court Justice James Burke. “Second, Mr. Weinstein has deliberately disregarded our fee agreement and has had outside counsel indicate that he intends to continue to do so.”

“Jen Aniston should be killed,” wrote Weinstein during the back and forth.

A rep for Aniston declined to comment on the email and denied the allegations brought forth by The Enquirer. “She was never subject to inappropriate advances from him after production (of “Derailed”) and finally she never had to rebuke his advances because none were made,” Stephen Huvane said. 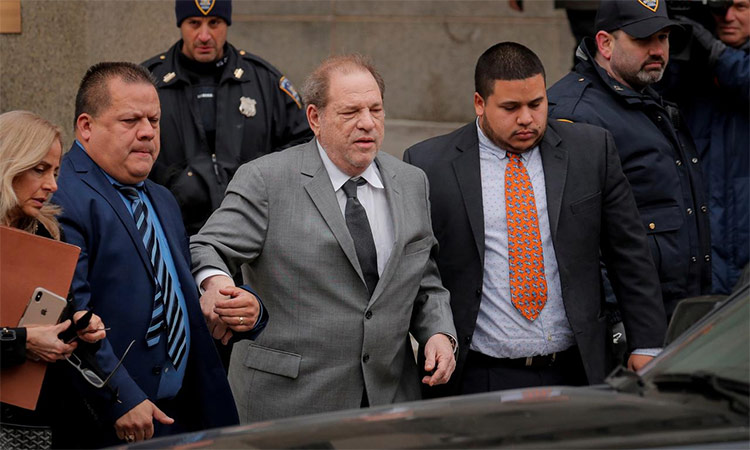 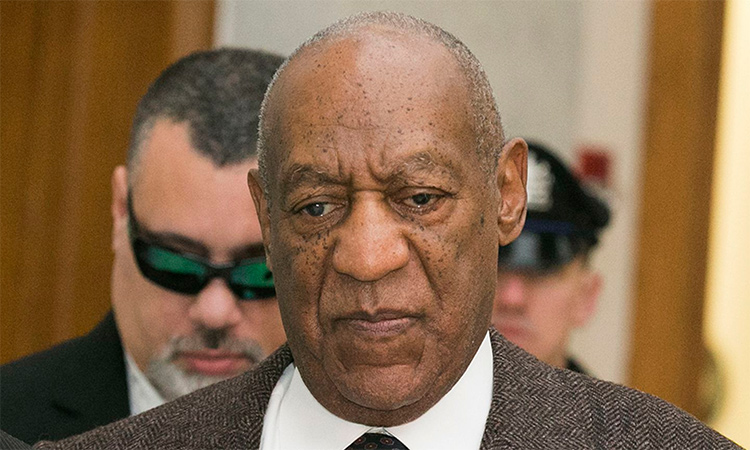 Earlier this week, when a New York jury found Harvey Weinstein guilty of rape in the third degree, there was something of a collective sigh of relief across the internet