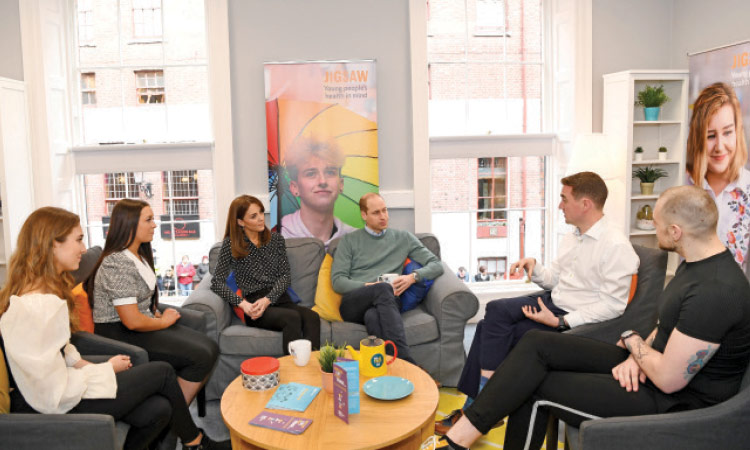 On March 30, last year, a man suffering from severe mental illness walked out of his flat in north London and stabbed a woman in the back with a knife, inflicting injuries that left her paralysed for life. She was a complete stranger to him, as were the four other people whom he met by chance in the street over the next three days and stabbed in the back.

Jason Kakaire, 30, had a long history of psychotic illness. He had once been in sheltered accommodation, but that had closed because of a lack of money. At the time of the attacks, he was living in a seventh-floor flat in a run-down tower block in Edmonton, where he was visited once a month by a mental health team that gave him his medication.

He later told psychiatrists that he suffered from hallucinations and heard voices in his head that told him to kill himself. In the days before he began stabbing strangers, these voices became more threatening, telling him that they were going to kill him. He said that he felt that “he needed to go out and kill people to prevent himself from being killed”.

Kakaire was going to stand trial for attempted murder, but admitted this week to 10 charges of wounding with intent and possessing a knife. He will be sentenced in May.

The case has become something of a cause celebre, because it shows up the failure of the NHS – and of health services around the world – to stop disasters like this. “No question it could have been prevented,” says Marjorie Wallace, the chief executive of mental health charity Sane, who has come to know the Kakaire family well.

She asks why somebody as sick as Kakaire, pursued by demons in his head, should have been assessed as low risk to himself and others. Described as a polite, lonely individual, he was too frightened by his voices to leave the building to go to an outpatient appointment. When his mother reported that he was thinking about suicide, she was told to seal up the windows in his flat so he could not jump out.

Fifty years ago, the severity of Kakaire’s psychosis would probably have meant that he would have been given a bed in a mental hospital, but these beds no longer exist. Despite repeated government claims that it is prioritising mental health, the number of beds available for people with acute mental illness fell by 30 per cent between 2009 and 2018, from 26,448 to 18,082. The number of mental health nurses dropped by 6,000, the number of specialist doctors by 600, over the same period.

Tragically, the provision of help to those with serious mental illness has been squeezed from both right and left over the last half century. Hospital care was supposed to have been replaced by “care in the community”, which makes an appealing but deceptive slogan, but has turned out to mean, as one former government minister put it: “Couldn’t-care-less in the community.”

A great attraction of this approach from the point of view of governments and health authorities is that it saves a great deal of money. If you compare the financial cost of treating a mentally ill person through an occasional visit by a care team with giving them a hospital bed, the care team is an estimated 44 times cheaper than the hospital, says Wallace. She stresses that the vast majority of mentally ill people are non-violent, but says that research by Sane showed that more than half of the 120 homicides committed annually by mentally ill people in the UK happened because of multiple failures by care services. The most common of these is simply not listening to repeated warnings from mentally ill people or their families about what they might do.

The running down of hospitals and other institutions caring for the mentally ill is one of the cruellest and most regressive developments of our era. Government has justified it, in the UK as elsewhere, by claiming from the 1950s onwards that “de-institutionalisation” was in the interests of patients. In reality, it was often exchanging one institution (a psychiatric hospital) for another (prison).

One reason why mentally ill people are so often being left to sink or swim on their own is that people of goodwill seldom have much understanding of the causes and treatment of mental illness. There is what some call the “One Flew Over the Cuckoo’s Nest” attitude, fostered by the film of the same name, which saw mental hospitals as essentially places of incarceration. It stood to reason, in this view, that patients would be better off free, and relied instead on some form of benign but unspecified communal care.

A more serious argument was that advances in medicine since the 1950s enabled doctors to control, though not cure, many aspects of mental illness. Moreover, these new medications did not require the patient to be in hospital because most of them (though not the most effective ones) could be administered by slow-acting injection.

The problem is that there are many gradations of mental illness, but this perception has been blurred by a well-intentioned but counterproductive effort to stop the mentally ill being marginalised. Rachel Jenkins, professor emeritus at the Institute of Psychiatry at King’s College, London, says that “in order to avoid stigma over the last 20 years, people have been calling mental illness ‘mental health issues’, thus creating endless confusions.”

Jenkins says that we are really talking about three distinct categories of mental illness: acute psychosis, which may require hospitalisation; non-psychotic mental disorders such as depression and anxiety; and people with lesser mental problems, which includes a large proportion of the population. People who are psychotic need to be treated very differently from the others.

People with serious psychosis frequently cannot look after themselves, and may be a risk to themselves and others. Looking after them and trying to improve their condition requires great resources, but these have been steadily stripped away since the mid-20th century. As a result, “care in the community” usually ends up meaning care by one’s family, so its degree depends on that family’s resources and income.

By trying to avoid frightening words like “madness” and “insanity”, people who had the laudable intention of destigmatising mental illness have ended up diluting the traditional – and quite correct – belief that acute psychosis is a shattering experience. The pretense that a psychotic person can take rational decisions in their own interests may appear to be a humane approach – but it sends out the message that a person who would once have been considered in desperate need of help can be left to their own devices – or, as happened to Kakaire, to their own voices.

The Duke of Cambridge has said that he and the Duchess of Cambridge regularly speak to their children in order to help them understand the significance of the work that the NHS staff are doing during the coronavirus pandemic.