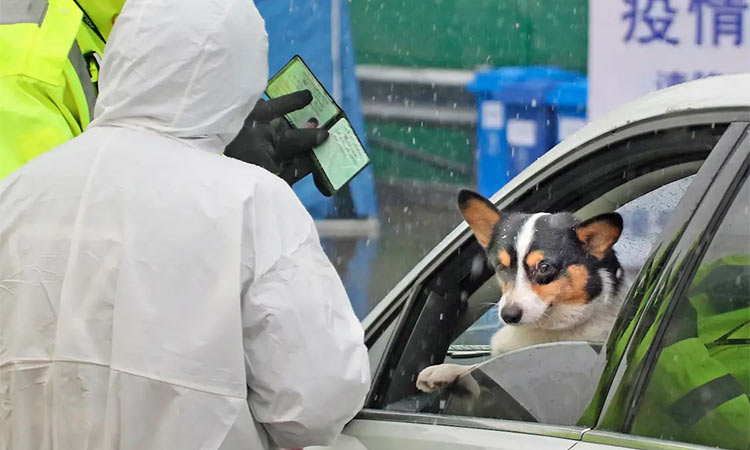 An estimated 50,000 dogs, cats and other pets are stranded in Wuhan region as their owners were quarantined.

The human toll that the coronavirus is taking in China is repeatedly updated in news reports. But there are a growing number of victims that we hear little about who can’t speak for themselves.

They are the estimated 50,000 dogs, cats and other pets left in limbo in the Wuhan region because their owners left for the Chinese New Year and were barred from returning due to the quarantine.

This has given rise to a new breed of hero there as animal advocates risk their lives by defying coronavirus restrictions to visit homes at the request of absent occupants to give food and water to their starving pets.

Yi Ping Lai, a US businesswoman since 1978 who imports goods for China, cites China social media which is full of stories of high-rise apartment dwellers extending poles or cables to deliver food and water through windows of buildings across from them to feed someone’s stranded pet.

She lives in La Costa and is doing what she can to aid these animals in crisis. During recent business trips to China, Lai noticed more and more abandoned dogs on the streets, where they are subject to starvation, freezing temperatures and being brutally snatched for the dog meat trade. “When I’m there, I sometimes find homes for dogs on the street,” she says.

Last July, Lai and her friend Molly Wang, of Rancho Bernardo, launched their nonprofit World of Angels Foundation to rescue homeless dogs and cats in China, give them shelter and work on getting them adopted. “I have two dogs myself, so I love dogs,” Lai explains. “I’d been wondering, how can I help dogs in China?”

She sought advice from PAWS of Coronado in early August. China isn’t part of the pet rescue group’s mission, but PAWS management noted that its previous director gave Lai and Wang advice and explained how shelters work.

With the outbreak of the coronavirus, the animals’ plight has worsened as local authorities, especially in rural villages, have been photographed killing stray dogs because villagers fear they could carry the disease.

Lai and Wang built a dog sanctuary near Wuhan last May to help a woman who has dedicated her life to caring for the orphaned canines in a facility she recently was forced to leave. When the government announced the quarantine with no notice, kennel workers were forbidden to leave their houses to come to work. Luckily, one woman lives at the sanctuary, Lai says. She has been caring for all of its 190 dogs by herself for the past several weeks.

The two San Diegans, through their foundation, have been working with six sanctuaries started by animal advocates around China which, unlike the United States, doesn’t have government-funded animal shelters.

“We get an overwhelming number of calls from pet owners begging for help,” Lai says. Plus, many stray dogs lived on scraps of food scavenged from the trash of restaurants and grocery stores, which now are closed.

To date, the women have used their personal funds to support their project. “But the scale of the problem is overwhelming,” Lai says. “No individual can have enough money to solve it. We need public support to have an impact.” The World Health Organization estimates there are about 40 million homeless dogs in China. “When the quarantine is over, there will be a lot of suffering dogs we will need to take under our care to save,” she says. 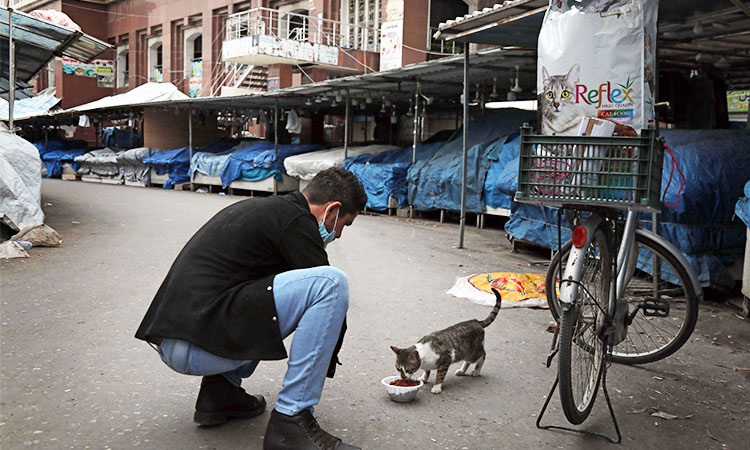 Cats can spread coronavirus to other cats: Study

A team of Chinese researchers has revealed that cats can pass coronavirus to other cats.