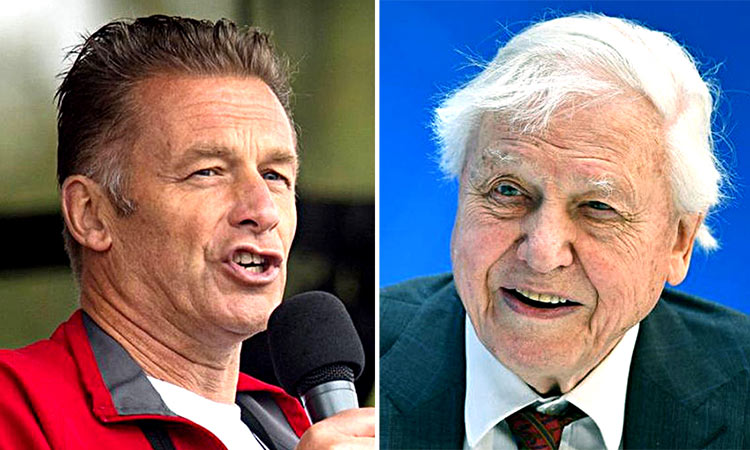 It is time we broke the silence about the population explosion, and the ethnonationalism that is fuelling it.

As with climate denialism, too often it is the alarm-bell ringers, such as David Attenborough and Chris Packham, who are termed extremists, when in truth it is the population emergency deniers, many of whom are pursuing racist population-maximisation policies across the globe, who are.

Whilst Malthus’s prediction that human population growth would exceed our capacity to feed ourselves and end in mass starvation have not yet been realised, the price for that massive population increase has been the destruction of much of what is left of the natural world.

Since homo sapiens developed agriculture twelve thousand years ago, an estimated 83% of the natural world has been destroyed. Over sixty per cent of the total wildlife on the planet has been lost since I was born. Over fifty per cent of the rainforests have been bulldozed to clear land for food and housing. And recent reports are indicating a loss of over 80% of insect populations.

Associated with that destruction has been a genocide of the millions of indigenous peoples who lived in those felled forests and natural habitats, in balance with and protecting nature for thousands of years.

If we add another 4 billion homo-sapiens to the 7.8 billion already on the planet, we should accept that our kids will live on a planet devoid of nature.

It would not be just the dodo that will have gone extinct, but nature herself and the remaining indigenous peoples of the world. And increasingly scientists are telling us that the survival of homo-sapiens ourselves is inseparable from the survival of the natural world of which we are a part.

Those of us who raise this population alarm are accused of advocating many terrible things from culls to forced sterilisation, and deluged with accusations of racism.

But all that we are advocating are the progressive demands that every woman on the planet should have the right to a good education, economic empowerment and access to family planning. It has been repeatedly proven, once women achieve these rights, that they voluntarily choose smaller families. But it is not just the population explosion which is placing pressures on migration, but the unfolding climate emergency. The UN says that over 18 million people were displaced by extreme weather events in 2017, and projected that up to one billion people may be uprooted by the climate emergency by 2050.

As the climate emergency worsens, there will be increasing pressure for ever-larger numbers from the global south to migrate northwards.

Yet despite the barriers going up to halt or prevent this migration northwards, ethnonationalists across the global north are advocating racist native population expansionism. Leaders in Japan, China, Turkey, Iran, France, Italy, Russia, South Korea, Estonia, Hungary, Poland, Singapore and Denmark are incentivising women to have larger families, in response to the positive decline in fertility rates. I just cannot get out of my head images of people drowning to get into fortress Greece , as the Greek government urges its citizens to increase reproduction due to its declining population.

Of course, lowering levels of per-capita consumerism, meat-eating and carbon emissions are also part of the solution to population explosion. As ever with the climate and ecological emergencies, it is not either/or, it is both/and. We need to tackle population and consumption.