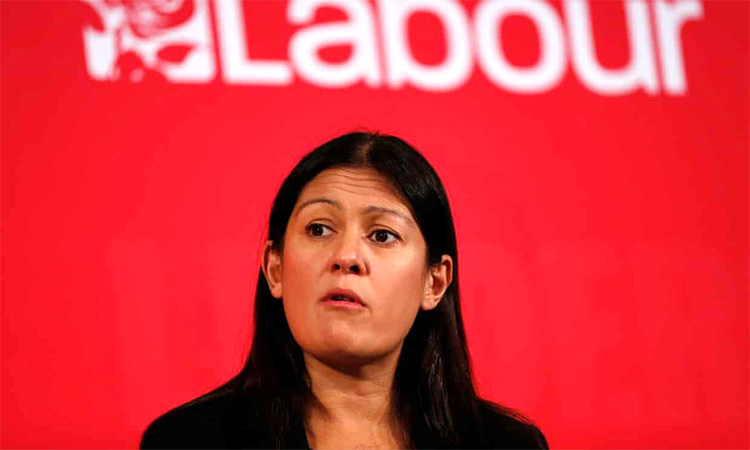 The gloves are finally coming off in Labour’s long leadership fight as it reaches the critical stage. Ballot forms have started to go out to Labour’s 580,000 members. Most of them will probably return them soon, even though voting continues until April 2, with the result announced two days later.

Allies of Rebecca Long-Bailey know she trails Keir Starmer, and that Lisa Nandy is performing well at hustings events for members and in media interviews. The left-wing Fire Brigades Union has produced three videos reminding party members of Starmer’s and Nandy’s roles in the failed 2016 coup against Jeremy Corbyn. Matt Wrack, the union’s general secretary, condemns those backing the coup as “an utter disgrace”, arguing: “There are questions that both Keir Starmer and Lisa Nandy have to answer.”

However, the attacks highlight a dilemma at the heart of Long-Bailey’s campaign: whether to go all-out to halt Starmer’s bandwagon, or pull the punches in order to make it easier to work with him if he wins, potentially giving the hard left more influence.

Long-Bailey’s instincts appear to be more conciliatory than some of her supporters. The desire of most Labour members to come together, and end the destructive sectarianism of the Corbyn era, persuaded Long-Bailey to say she will offer shadow cabinet jobs to her two rivals if she becomes leader. So her campaign is sending decidedly mixed signals about Starmer.

Long-Bailey’s pledge to offer Corbyn a shadow cabinet post, and his refusal to rule out the idea, were both mistakes. I suspect that if it came to it, Corbyn would choose to spend more time on his allotment. He should join John McDonnell and Diane Abbott in recognising that Labour needs to move on. The people who would most love to see Corbyn remain on the front bench would not be Labour members but the Tories.

All three candidates have now promised jobs to their two rivals if they win. Minimising differences between the three of them suits Starmer the most as the frontrunner. At the hustings events, he sometimes begins with such turns of phrase as, “I’m sure I can speak on behalf of all the candidates in saying…” It looks authoritative, and you can imagine him as prime minister, but it must annoy the other candidates; Long-Bailey and Nandy are quite capable of speaking for themselves.

Starmer’s big lead in nominations from constituency Labour parties – he got 369, compared with Long-Bailey’s 161 and Nandy’s 70 – highlights his strong position. But he still has a difficult balancing act, and is finding that he cannot please everyone.

Starmer will hope his centrist critics will have nowhere else to go, but that isn’t necessarily the case. Margaret Hodge, once a Blairite minister, announced that she will make Nandy her first choice under the preferential voting system and Starmer her second

Indeed, Nandy has been the surprise package of this leadership contest. She has clearly used her time outside the shadow cabinet since 2016 to do a lot of thinking, and prepare for this moment. Her stark “change or die” message plays well with members distraught after four election defeats. Her long-standing warnings about Labour’s decline in northern towns were prescient, and relevant to the task of winning them back.

Both Starmer and Long-Bailey should take the threat from Nandy seriously. It will be difficult, but not impossible, for Nandy to overtake Long-Bailey and come second on first preference votes. Under the preferential system, Long-Bailey would then drop out, and the second preference votes of those who made her their first choice redistributed. In these circumstances, Nandy might then overtake Starmer and win, as she will be many members’ second choice.