The AAP landslide victory in Delhi is a great setback for the ruling BJP. Though the national party won five more seats compared to their performance in the last hustings, AAP’s demolition by winning 62 seats of the 70, clearly indicates that the BJP’s Hindu nationalist rhetoric was soundly thrashed by the electorate (“AAP roars in victory as BJP crouches in defeat,” Dec.12, Gulf Today).

Once again BJP’s divisive politics was crushed and development politics got the mandate. It is unfortunate that the BJP despite repeated defeats in state elections fail to understand the aspirations of the common man.

Kejriwal is a relative new comer to politics in comparison to Modi and other BJP stalwarts but his success lies in his pro-people policies. Though it’s his third successive term as chief minister, he has been at the helm only since 2013. That’s seven years but Delhi has been transformed. By providing cheap water and electricity to fixing government-run schools to sanctioning free health care and public transport, the 51-year-old has proved what conscientious leaders can deliver.

I also credit him for his wisdom in not getting drawn into the BJP politicking agenda during electioneering.

The larger ramification of AAP’s success is that BJP’s main opposition is not the Congress anymore but strong regional parties. The BJP in the last two years the party has lost six regional elections. Wake up BJP.  As for the Congress, the party that ruled the capital for 15 years, it’s a lost case now. I don’t think there is even anything for the party to introspect on. 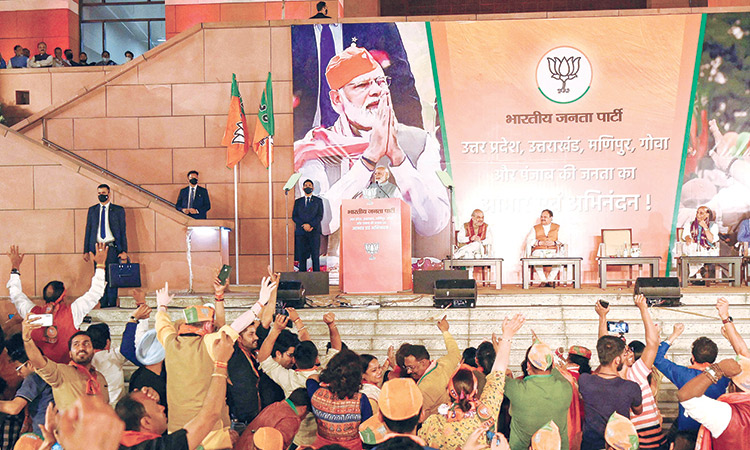