A vote for good work and against divisive politics - GulfToday 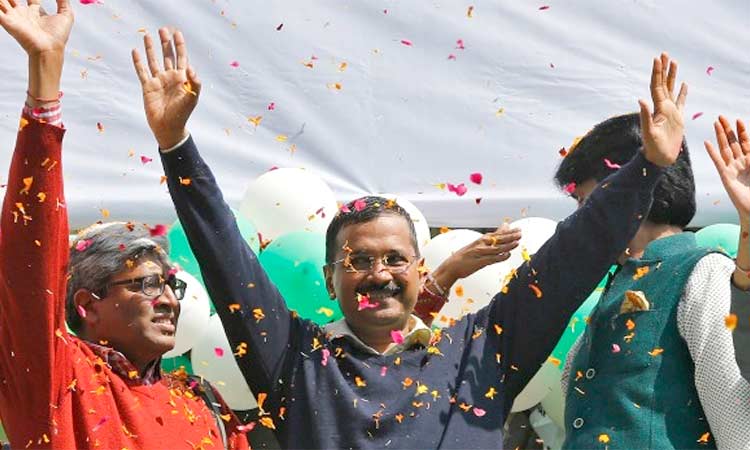 The results of the Delhi elections, seen as a referendum on Modi’s policies, are a clear indication that voters have rejected considerations of caste, creed and community.

The crushing defeat inflicted by the Aam Aadmi Party (AAP) on Prime Minister Narendra Modi’s Bharatiya Janata Party (BJP) in elections in the Indian capital sends an unambiguous message that the people are disgusted with divisive politics and want leaders to focus on important issues that affect their daily lives.

The BJP has been losing power in one state after another and yet has refused to learn any lessons.

The results of the Delhi elections, seen as a referendum on Modi’s policies, are a clear indication that voters have rejected considerations of caste, creed and community.

Diversionary tactics failed to work for the BJP. Modi and Home Minister Amit Shah appealed to majority Hindus by focusing on national issues, such as a controversial new national citizenship law that excludes Muslims, at the expense of major problems facing the capital’s millions of residents.

On the other hand, Arvind Kejriwal’s AAP’s (Common man’s party) pro-poor policies focused on fixing state-run schools and providing cheap electricity, free health care and bus transport for women during its five years in power won the hearts of the people.

Kejriwal, who launched his party in 2012, has been consistently vowing to rid the Indian political system and government of corruption and inefficiency.

The ballot results show that the party’s symbol — a broom — and its promise to sweep the administration of graft struck a chord with New Delhi’s nearly 20 million people.

The BJP fielded high-profile campaigners like Modi, Amit Shah, 70 union ministers, 240 MPs and several chief ministers, but the voters were just not impressed.

The party had won a huge majority in national elections last year, but Delhi adds to six regional elections the Hindu nationalists have lost in the last two years.

Kejriwal team’s poll strategy worked wonders. These included highlighting concepts such as report card of the government and a guarantee card for the future, town hall gatherings, intense use of social media leading to a virtual war over memes and parodies with the BJP, and a unique campaign song to resonate across all constituencies.

Action speaks louder than words. In a major achievement, the AAP government did not allow the 200-odd private unaided schools to arbitrarily hike fees in the last five years.

The AAP government also offered subsidised electricity to Delhi residents, proving where there’s a will there’s a way.

For the Congress, the main opposition party at the national level, it is certainly time for introspection as it drew a blank in another low for a party that ruled Delhi for 15 years before AAP took over.

Kejriwal deserves praise for sticking to crucial issues that affect common people, such as subsidised water and electricity, as well as the safety of women as campaign agenda, and not allowing the BJP to divert people’s attention through hate mongering.

As he himself told cheering supporters at his party headquarters: “This win has given birth to a new type of politics -- the politics of work. This is the type of politics that will take the country forward in the 21st century.”

Indians deserve peace, progress and prosperity and leaders who strive to take the focus away from these will have to pay a price. That is the loud and clear message from Delhi.