India awaits the return of the cheetah - GulfToday

India awaits the return of the cheetah 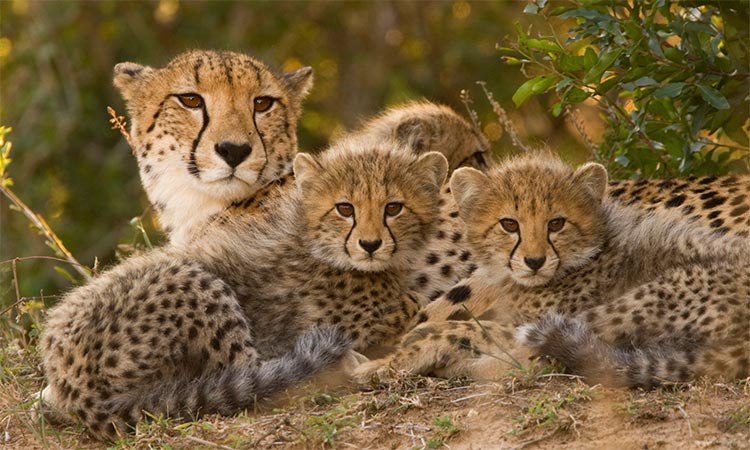 India once had a huge population of Asiatic cheetahs. However, their numbers declined drastically in the colonial era due to hunting.

The cheetah went extinct in India nearly 70 years ago. It is now set to return! The Supreme Court of India, which in 2013 had rejected a cheetah reintroduction plan calling it arbitrary and illegal, has now given a go-ahead to the introduction of cheetah from Namibia in Africa to India.

“In 2013, this court struck down an order by the Ministry of Environment and Forests (MoEF) on the grounds that it had not conducted a detailed study for introducing foreign species cheetah to India; this application presumably remedied the defect,” the Supreme Court bench noted.

Recently, seven years after the earlier judgement, the stand adopted by the apex court has changed. In the latest order on January 28, 2020 the bench, while hearing the application of the National Tiger Conservation Authority (NTCA), held that they found that the word “re-introduce” being “erroneously applied since it is an admitted fact that the African cheetahs never inhabited in India.”

“Therefore, if an attempt is made to relocate the African Cheetah within the territory of India, it will amount to an ‘introduction’ of the African cheetah and not a ‘re-introduction’,” said the bench in its order.

The court also pointed out that they have been informed that African cheetahs would be introduced on “an experimental basis in a careful chosen habitat and nurtured and watched to see whether it can adapt to the Indian conditions…In case there are some difficulties noticed about the location in which it is introduced then the location would be changed to another forest which is more habitable for the animals.”

India once had a huge population of Asiatic cheetahs. However, their numbers declined drastically in the colonial era due to hunting. The last of India’s cheetahs disappeared shortly after independence. India’s last spotted cheetah died in 1947. The animal was declared extinct in the country in 1952.

The International Union for the Conservation of Nature’s (IUCN) Red List flags the cheetah’s population as ‘vulnerable’ witnessing a decreasing trend with only less than 7,000 of them left in the wild globally.

A report, ‘Assessing the Potential for Reintroducing the Cheetah in India’ in 2010, had stated that the reintroduction of the cheetah would have equally important conservation ramifications. It said that by saving it government initiatives would have to be put into place to save not only its prey-base comprising certain threatened species, but also other endangered species of the grasslands, some of which are on the brink of extinction. According to the report, these would include the caracal, the Indian wolf and three endangered species of the bustard family – the Houbara, the lesser Florican and the most endangered of all, the great Indian bustard.

The team had assessed 10 sites from seven landscapes located in the states of Rajasthan, Gujarat, Madhya Pradesh, Uttar Pradesh and Chhattisgarh for their potential to host cheetah populations. Field surveys were carried out to collect data on prey abundances, local community dependencies on forest resources and their attitudes towards wildlife, and remotely sensed data was used to assess habitat size.

However, as some conservationists point out the 2020 order comes even as its earlier order that directed finding a second home for critically endangered species like Asiatic lion, remains non-implemented.

In 2013, the court had instead asked the central government to focus on finding a second home for Asiatic lions which, at present, are only found in Gir in Gujarat. At present, Asiatic lions, in wild, are only found in Gujarat but over the decades there has been serious concern that an infection or a natural calamity can wipe-off the last surviving wild population of the big cat.

Experts also believe that this could lead to the ignoring of several other species which are on the verge of extinction in the country right now. They feel that this would take the focus and efforts away from other species that perhaps need more attention.

Other issues of concern include housing the animals in semi-captive conditions in huge, secured open air zoos rather than allowing them to live free. They add that without restoring habitat and prey base, and given the high chances of a man-animal conflict, viable cheetah populations cannot be established.