Should democracy continue to be on sale? - GulfToday 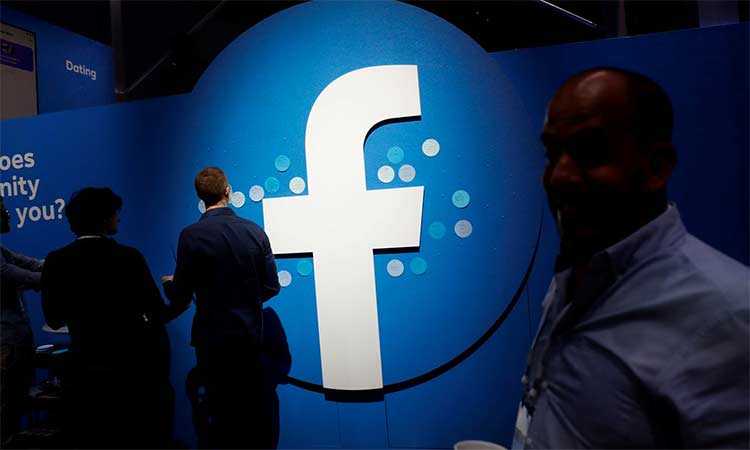 A top Facebook official said that the best way to get Facebook to conform to our wishes was to pass new laws.

We are facing a global democratic crisis. I believe that our rights are being undermined by the world’s largest communications platform – Facebook – and no one is being held accountable.

During the Brexit and Trump campaigns of 2016, I worked for Cambridge Analytica. There, I saw virulent racism and unchecked disinformation being channelled directly into voters’ Facebook feeds. The world’s most powerful democracy is about to elect its next president – yet little has been done to prevent a repeat of history. Worse, Facebook has since made it its official position that it cannot tackle false claims made by politicians. In an era of populism, this is dangerous. We must act now to protect ourselves as voters, or we will continue to see Facebook profit off the erosion of our freedoms. We need action to protect our digital democracy.

Last week, Facebook’s global head of communications Nick Clegg gave a speech at a technology conference in Munich. In it, he claimed that the best way to get Facebook to conform to our wishes was to pass new laws, by which they would then abide. Yet we already have laws against voter suppression, incitement of violence, slander and libel – so I asked him, could we start with Facebook enforcing the laws we already have?

Later in the week, when I met Clegg in Davos during the World Economic Forum, he repeated that they are enforcing the law, though admitted they could do better. Is that a valid defence? I am pretty sure if I had built a platform that allowed foreign intervention in elections and spurred the genocide of ethnic minorities, “I could have done better” would not protect me from prosecution.

Confusingly, it now seems that many laws are applicable for common people, but not for politicians. In case you missed it, Mark Zuckerberg has stood by his decision that Facebook would not be moderating political content, concluding that everything politicians say is now considered “newsworthy”, even if it is untrue – even if what they say contravenes the rights of their opponents and fellow citizens.

The debate between freedom of speech and censorship is being skewed here for political purposes and, it seems to me, as a convenient excuse for Facebook to profit off of allowing extremism on its platform. While I was at Cambridge Analytica, I saw the voter suppression strategies designed and used by the Trump campaign in 2016. Many of the people I worked with at Cambridge Analytica are now involved in Donald Trump’s re-election. Voter suppression is a political strategy, which is why micro-targetting of voters on Facebook is a major problem for us all – a problem brought to life in the documentary The Great Hack, and one that Facebook does not appear to be stopping.

So what was Nick Clegg talking about when he referred to the enforcement of laws? In the political arena, Facebook claims to be spending resources mostly on the prevention of foreign intervention in elections. While I commend all efforts to prevent other countries influencing our elections, I do not see this as the priority. Our local politicians have much more spending power, especially in the United States. What Mark Zuckerberg and Nick Clegg seem to dismiss is that the greatest threat to our elections is not foreign, but domestic.

Of the billions of dollars that are being spent on the American elections, most of the political advertising money will flow to Facebook and – based on what I saw at Cambridge Analytica – none of it, as far as I am aware, will be fact-checked. No content will be blocked or removed, even if it’s found to be demonstrably false. Fake news ads from the Trump campaign about his political rival Joe Biden were blocked by CNN, but have been hosted on Facebook for months racking up millions of views by impressionable voters. We should not stand for this.

As Facebook’s denial of these problems remains a threat to our democracy, we must take action to protect our digital future and its effect on democracy.

Firstly, we must demand that politicians be held to the same community standards as you and I. If I cannot spread libellous content, neither should campaigners for Boris Johnson or Donald Trump.

Secondly, I call for Facebook to open up their process of detecting hate speech, fake news and voter suppression. They are doing too little, too late and need to allocate more funding to prevention – and quickly.

Lastly, I demand that we assign criminal liability to executives of companies that allow data protection violations through negligence. So we should ask ourselves: should democracy continue to be for sale? Our actions will be the answer.