Signs of decline in strength of judiciary - GulfToday

Signs of decline in strength of judiciary 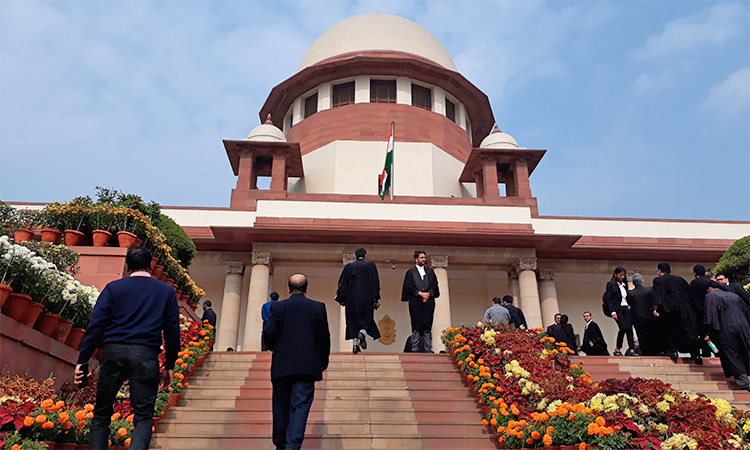 Seven years after Justice Altamas Kabir spoke of the power of the Judiciary, there are signs of a decline.

The Indian judiciary is one of the most powerful in the world, Chief Justice of India (CJI) Altamas Kabir said in 2013. He attributed its strength to the power of judicial review it enjoyed.

Of the three limbs of the state, the Judiciary was arguably the one that informed public opinion also held in the highest esteem at that time.

The higher prestige the Judiciary then enjoyed in comparison with the other two is attributable to two factors.

One is that the Judiciary has been more successful in checking excesses of the Executive and the Legislature than they have been in checking its.

Many Chief Ministers and ministers had to step down in the wake of adverse court findings. No judge was removed through impeachment although proceedings were initiated against six.

The cumbersome procedure and the tendency among Members of Parliament’ to divide on political lines, have rendered successful impeachment almost impossible.

Seven years after Justice Altamas Kabir spoke of the power of the Judiciary, there are signs of a decline.

Narendra Modi, who led the Bharatiya Janata Party to power in 2014, pushed through Parliament a law to take away from the Supreme Court primacy in judicial appointments which it had snatched from the government through three judgments delivered between 1980 and 1998.

The law provided for the creation of a national judicial commission, in which the Judiciary and the Executive are represented, to pick judges.

The CJI foiled the scheme by refusing to join the commission. Later a five-judge bench, by a majority decision, declared the law unconstitutional. The verdict restored the judges-appoint-judges system, which has no parallel anywhere else on earth.

However, the Modi administration soon found a way around it. It has been able to get the Judges Collegium to revise some of its recommendations and drop some others. Since the system is opaque how the administration gets around the Collegium is not clear.

Media reports indicate that intelligence reports played a part in deciding the fate of some judges.

The Judiciary’s record in dealing with allegations against its own members which have spilled into the public domain has been poor.

A decade ago, former Law Minister Shanti Bhushan handed over to the Supreme Court in a sealed cover a list of eight former CJIs who, he said, were corrupt. The court did not order a probe.

Former Arunachal Pradesh Chief Minister Kalikho Pul alleged in a suicide note that persons claiming to represent the then CJI and a senior judge had sought bribes from him to secure a favourable verdict in a graft case pending before the apex court. Again, there was no probe.

The family of Maharashtra CBI court judge BH Loya, who died while dealing with a Gujarat fake encounter case, had alleged he was offered a hefty bribe to clear Modi aide Amit Shah, who was one of the accused. The name of the Chief Justice of Bombay High Court was also mentioned in this connection. This allegation, too, was not investigated.

Two years ago, four senior colleagues of CJI Dipak Misra took the unusual step of calling a press conference to tell the nation all is not well. Leading lawyer and judicial activist Prashant Bhushan alleged there was pressure on the CJI from the government.

In an instance of gross impropriety, CJI Ranjan Gogoi personally dealt with a sexual harassment charge levelled against him by a court employee. He himself picked judges to probe the matter. In a report that was not made public, the panel of judges held there was no substance in the woman’s complaint. She was sacked on grounds of indiscipline.

After Justice Gogoi retired and Justice SA Bobde, who had headed the panel which cleared him, became the CJI, the woman was reinstated.

According to a newspaper report, she was taken back after she gave an assurance, reportedly at the instance of an unnamed top government functionary, not to pursue her complaint against Gogoi.

Leisurely approach to important issues like alteration of Jammu and Kashmir’s constitutional status and the Citizenship Amendment Act is eroding the prestige the court had built up over the years by promptly exercising the power of judicial review.