China has ramped up measures suspending public transport in as many as 10 cities.

The assertion by the World Health Organization (WHO) that the respiratory disease Novel Coronavirus is not yet an official Public Health Emergency of International Concern (PHEIC) does offer some relief, but persisting global concerns are justified as it is too early to gauge how dangerous it is and how easily it spreads between people.

China, where the virus has killed several people and infected hundreds, is visibly on panic mode, and has ramped up measures suspending public transport in as many as 10 cities, shutting temples over the Lunar New Year and even closing the Forbidden City and part of the Great Wall.

The matter is a global challenge because while most of the cases and all of the deaths have been in China, the virus has been detected in various countries like Thailand, Vietnam, Singapore, Japan, South Korea, Taiwan and the United States.

Symptoms include fever, difficulty breathing and coughing. Most of the fatalities are said to have been elderly, many with pre-existing conditions.

Adding to the concern, in Wuhan, where the outbreak began last month, pharmacies are said to be running out of supplies and hospitals flooded with nervous residents seeking medical checks.

The city of 11 million people, and neighbouring Huanggang, a city of about 7 million, are already in virtual lockdown.

Tedros Ghebreyesus, Director-General of WHO, has acknowledged that there are still many unknown factors: “We don’t know the source of this virus. We don’t understand how easily it spreads and we don’t fully understand its clinical features or severity. WHO is working with our partners night and day in China and the other affected countries to fill the gaps in our knowledge as quickly as possible”.

It is good that China has succeeded in isolating and sequencing the virus, and has shared those genetic sequences with the international community.

As far as the UAE is concerned, the Ministry of Health and Prevention, MoHAP, has categorically confirmed that the country is completely free of the mysterious virus.

The UAE is among the world’s best countries in epidemiological surveillance and appropriate response to health emergencies as per WHO standards.

The UAE has an effective integrated system and plans for emergency and crisis to address public health risks and the country is in constant touch with WHO to find out the latest updates, recommendations and procedures taken in this matter, as pointed out by the National Committee for International Health Regulations and the Control of Pandemics.

The health security and risk prevention and pandemics is a national priority and falls in line with the ministry’s strategy to protect the society from diseases through strengthening the international health regulations and applying them in the UAE.

Though some experts believe the virus is not as dangerous as the one that caused the 2002-03 outbreak of Severe Acute Respiratory Syndrome, which began in China and killed nearly 800 people, or the one that caused Middle East Respiratory Syndrome (MERS), which killed over 700 people since 2012, it should always be kept in mind that prevention is better than cure. This is especially because there is no known vaccine or particular treatment yet.

Coronaviruses are a family of viruses named because of crown-like spikes on their surfaces.

The right way forward is for all countries to remain prepared to contain the virus through active surveillance, early detection, isolation, case management, and prevention of onward spread of infection. 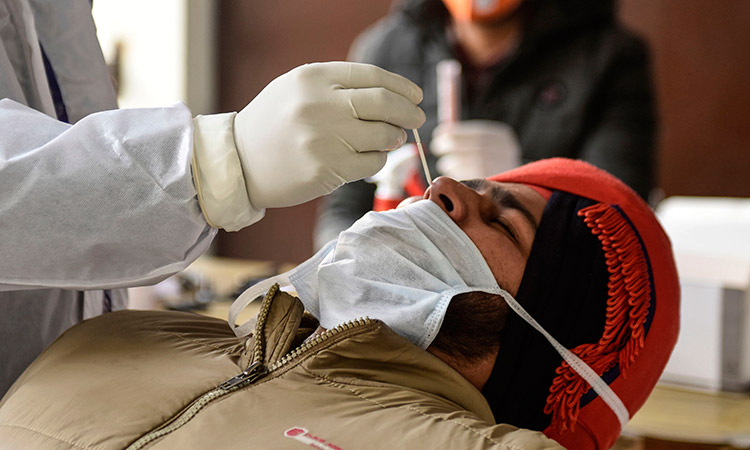 As part of its intensified testing campaign, MoHAP announced that it conducted 214,765 additional COVID-19 tests over the past 24 hours, using state-of-the-art medical testing equipment.

The Ministry stressed ‏on Monday its aim to continue expanding the scope of testing nationwide to facilitate the early detection of coronavirus cases and carry out the necessary treatment.