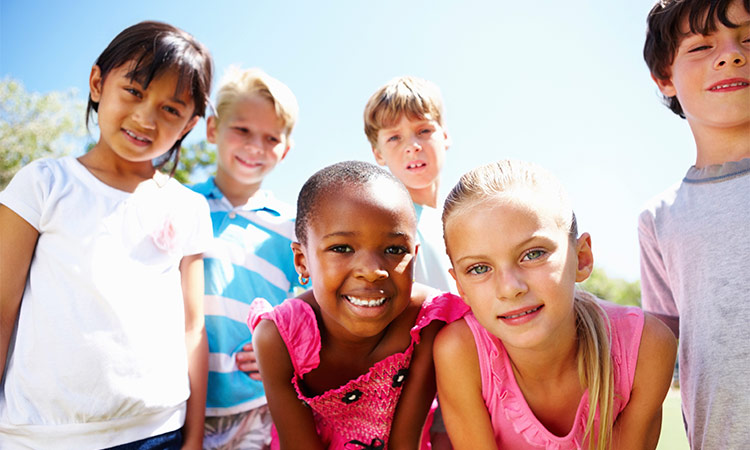 Foster children are some of the most vulnerable people in our society.

I have advised the government for three years on fostering and adoption. In that time, I have seen repeated accusations of “institutional racism” in the sector, driven not only by a few high profile cases of discrimination and bias, but by recognition amongst official bodies that Black, Asian and minority ethnic (BAME) foster children are thrown into a system where the odds are tragically stacked against them. Statistics show that over 2,500 children are waiting to be adopted with 40 per cent spending more than 18 months on the list and black children waiting the longest to be placed.

These children, who are some of the most vulnerable people in our society, are put into the foster care system as a last resort. Many are already victims of neglect and abuse and often carry the scars – psychological and sometimes physical – of their past.

This makes receiving care from individuals who understand and respect their culture, beliefs and identity all the more necessary. Going without can make a bad situation worse, increasing the cost to society, with scarred children sometimes becoming alienated youths and angry adults.

The trauma caused by a child’s foster family not understanding his or her background cannot be overstated: I have spoken to children who have, for example, been given diets and routines that are in conflict with their upbringing, leaving them deeply conflicted and in many cases, feeling unworthy of attention, care and love.

The root cause of this is simple enough: BAME foster carers are in short supply (24 per cent of children in care are BAME vs 13 per cent of foster carers). Some non-exhaustive studies have shown that in two out of three English councils there is a lack of BAME care. This means that all too often, a BAME child is raised by white foster parents who are understandably keen for them to “be a part of the family” – even if certain household customs are contrary to their upbringing or background. With the right support, those parents can provide everything their foster child needs. Without it, they are left navigating a sometimes cavernous cultural divide.

It is essential that the fostering system becomes more inclusive and easy to navigate for foster parents from a range of backgrounds. Last year, Sandeep and Reena Mander, a couple from Maidenhead, won a “race discrimination” case against their local council after being told they couldn’t adopt a white child because of their “cultural heritage”. Though they successfully challenged the decision, their ordeal speaks to widespread issues in adoption and foster care.

Anecdotally, I know that the system is struggling to navigate the difficult conversations around how a foster family’s background in terms of class, ethnicity and religion intersects not only with a child, but with the institutions that make up fostering services.

All too often, commentary on the sector works on the premise that it is not OK for a foster family to care for a child who is of a different background to them. Although I can understand the concerns around this, it is simply not true. There is no conspiracy behind matching white children with BAME foster families, just as there isn’t one in opposite circumstances. But there is a complex and (necessarily) bureaucratic system aiming to achieve the best for the children in its care. It is impossible for unlimited foster families from each ethnic and religious niche to be recruited and waiting for a child who is an “exact match”.

What we need is mutual understanding and accommodation, rather than identical backgrounds and beliefs. In an ideal world, there would be identical heritage between foster families and children, a Muslim child being cared for by Muslims, for example. Similarly, there would be no children in need of foster care in the first place.

This is a system that is difficult for many potential foster parents to navigate, especially if they are working class, BAME or religious. Nationally, only 3 per cent of people of any background who consider becoming foster parents are approved. My experience shows me that it is even lower for those from a minority background. Sometimes the cause may be racism or bias – including the unconscious kind.

More often, however, it is simply that there is no one holding their hand through what is understandably a thorough and, from their perspective, perhaps invasive, process. Part of this “hand-holding” means that, just as we support white foster parents to care for BAME children, we must do the opposite in encouraging BAME carers to foster white children. Unwillingness or hesitation among BAME foster parents to care for children of a different ethnicity can lead to failing initial assessments and being seen as opposed to equality in the system, rather than being a part of it.

Getting more BAME foster carers to participate, as well as supporting carers in cross-cultural placements requires focus. In some communities, as many as 90 per cent of foster children are in cross-cultural placements. In the short-term, their carers need the training and support to understand the needs of these children. Most foster children do not care about the colour or religion of their carers; all they want is to have someone who understands them and cares for them.

Last year, the government launched the national steering group for adoption, which has representation from national adoption agencies as well as BAME and faith groups focused on breaking down barriers to recruitment. Gavin Williamson, the education secretary, has also pledged an extra £1m to run recruitment campaigns aimed at finding adoption families for BAME children.

This positive step will allow us to develop more targeted campaigns for BAME adoption families. Nevertheless, further significant investment is still needed if we are to plug the gap.

In the long-term, different communities need to be supported in developing foster carers. There are families across the country, from so many different backgrounds, who want to care for vulnerable young people. The children in need of their care are just as diverse – they shouldn’t miss out as a result.