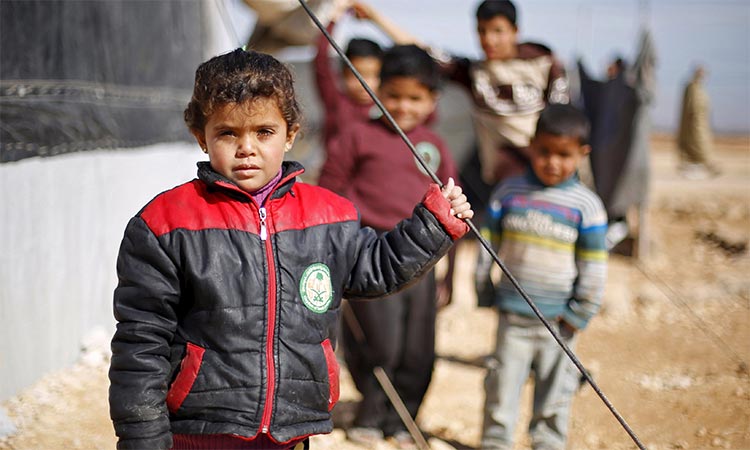 Those seeking asylum have been forced to make ever more perilous journeys to try to reach safety.

Whenever the UK’s ill-treatment of asylum seekers and refugees is brought to light, the Home Office usually issues a statement that contains a variation of the following line: “The UK has a proud record of providing protection for asylum seekers fleeing persecution.” Historical inaccuracies aside – this country’s history on refuge and asylum is far patchier than its mythology suggests – we can expect to see words to this effect trotted out in the coming weeks as the government erodes child refugee rights.

Unencumbered by a hung parliament or any concern for the children in question, one of the first actions of Boris Johnson’s new government was to remove protections for unaccompanied child refugees from the EU Withdrawal Bill. This was how they wanted to make use of their new majority; it’s one of the first stamps of this government and foreshadows what’s to come in the next five years.

A few weeks later, upon their return from a winter break likely spent surrounded by their loved ones, the Tories rejected Labour’s amendment to the Brexit bill, which sought to protect the right of unaccompanied child refugees to join family living in the UK after Brexit.

With the clock ticking down to Boris Johnson’s Brexit deadline, the bill goes to the Lords, where Labour peer and tireless campaigner for refugee rights Alf Dubs hopes his colleagues will take his side in his fight to stop the government stripping away these rights.

Dubs recently described being called to a meeting with three Home Office ministers and seven officials, in which he was asked to stop pressuring the government to reinstate the protections for child migrants. “They asked me to accept the government’s commitment that they were still on side with this, to believe them,” he told The Guardian.

The erasure of the Dubs amendment is not going to make children less likely to come to the UK, but it will make their journey far more dangerous. With fewer legal ways to get to this country, more children will have no choice but to make perilous crossings across violent borders and treacherous seas, some with the help of smugglers – the same smugglers British politicians claim to want to stop.

Sadly, this is in keeping with the refugee story of the past ten years. Safe routes have been closed down; search and rescue missions cut; and deals made between countries to stop people from moving. Those seeking asylum have not stopped doing so; they have simply been forced to make ever more perilous journeys to try to reach safety.

Over the past ten years, 10,000 unaccompanied children – that’s 90% of minors in this country –  have had to risk their lives to get here, according to the legal charity Safe Passage. Remember, these are children we’re talking about: not old enough to vote or drink alcohol, but made to hide in freezer containers or cling to the wheel arches of a coach just to get to this country.

What provisions the government has put in place have proved pitifully meagre. In 2016, the government began a resettlement scheme for unaccompanied child refugees from the Middle East and north Africa. By 2018, only 20 children had been allowed into the UK through the scheme. At around the same time, in the spring of 2016, Lord Dubs was pushing for 3,000 children to be resettled from Europe – a target MPs rejected, saying instead that they would support “a specified number” (in the end, 480). The problem was not a lack of capacity; indeed, councils said they had space for more children. The problem was the political will of so-called “compassionate Conservatives”.

This apathy is made possible because of how immigration and asylum are talked about in the UK. The “bogus asylum seeker” and “illegal immigrant” preoccupy the national imaginary, casting doubt and stripping people of their humanity.  People seeking asylum are, at best, considered at a problem to be managed; at worst, they are treated with suspicion, their honesty about their suffering doubted.

Yet no matter what happens to the Dubs amendment, or indeed to immigration policy more generally post-Brexit, the anti-migrant rhetoric the Conservatives have helped generate will continue to harden. The party will continue to blame migrants for all of this country’s problems, to strip away their rights and use them as objects – whether to negotiate their relationship with the EU, or persuade the British public of their “toughness” on migration. The way the government is treating child refugees is abhorrent but not, unfortunately, abnormal. We must resist it with all we’ve got.