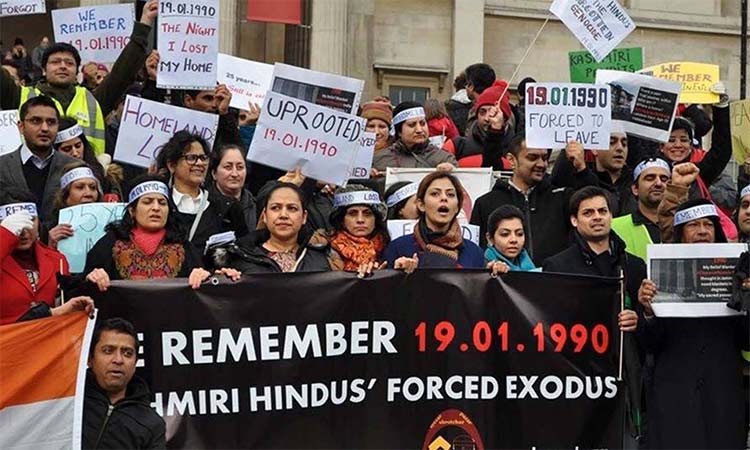 The Kashmiri Pandits regard their exodus as a case of ‘genocide’ and ‘ethnic cleansing’.

For three decades a community of over five lakh people has been waiting for justice to get the perpetrators of their forced exodus identified and booked. The Kashmiri Pandits, a minority community from Kashmir, regard their exodus as a case of ‘genocide’ and ‘ethnic cleansing’. For them January 19-20 is a painful memory of the persecution meted out to them in the Valley in late 1989 and thereafter. It is also a reminder of the bitter fact that theirs is, perhaps, the only case of violence in the country, on which no inquiry commission or committee was ever formed to investigate.

The community became the first and the foremost victim when terrorism emerged in the Valley in the late Eighties. Targeted killings were carried out against the community. Many of its leaders, professionals, government servants, traders and teachers, men, women and even children were killed.

The community claims that over 700 members were killed and a number of women raped and killed, but this has never been confirmed officially. In fact, the number of killings of the minority Kashmiri Hindus in the Valley has always been disputed. A local organisation of the Pandits, Kashmir Pandit Sangrash Samiti (KPSS), carried a survey in 2008 and said that 399 Kashmiri Pandits were killed till then and a majority of the killings happened in 1989-1990.

“There was a biased approach by the state administration in Kashmir against us. FIRs were not lodged which means that the crimes committed against us were not documented. This is an injustice to us and especially to those families, whose members were killed,” says Satish Mahaldar, a Kashmiri activist. Another Kashmiri Pandit activist Ashutosh Taploo, whose father Tika Lal Taploo, a popular leader in Srinagar, was assassinated in September 1989, says that there are hardly any FIRs done in the murder cases and the exact number of killings is not known for sure.

In the absence of any confirmed figures, Ashutosh Taploo has created a dedicated Facebook page ‘Martyrs Kashmiri Pandits’ which has recorded the details of around 70 cases of murder. He has also posted information about some cases of Kashmiri Pandit women, who were kidnapped, gang-raped, tortured for days and then killed. He says: “I started this page with the sole purpose to provide a voice to the poor families who could not get the FIRs registered because they fled the Valley in fear and never went back to file FIRs.”

“There was so much fear in the community those days (1989-1992) and the local administration, including the police, was totally unhelpful. A large number of cases were not reported and then people were forced to flee their home and hearth. All this should have been investigated by an inquiry commission, which never happened,” says Mahaldar.

What adds to the woes of the community is that most of the human rights activists and bodies have failed to take up their cause. In 1995, the National Human Rights Commission held the systematic ethnic cleansing of Kashmiri Pandits by terrorists as an act of genocide. Last year, on the recommendation of the state administration of Jammu and Kashmir, the Union Ministry of Home Affairs, while banning the separatist outfit Jammu and Kashmir Liberation Front (JKLF), described ethnic cleansing and the purge of Kashmiri Pandits as the principal reason for the ban.

Perhaps, this was for the first time in three decades that the Central government accepted that genocide happened in the Valley. While declaring the ban on the JKLF, Union Home Secretary Rajiv Gauba said then that JKLF chief Yasin Malik was the mastermind behind the genocide and exodus of Kashmiri Pandits. He said: “Murders of Kashmiri Pandits by JKLF in 1989 triggered their exodus from the Valley and is responsible for their genocide.”

Never before was the admission made that the mass exodus of Hindus from Kashmir was not a simple migration but a result of persecution. It is unfortunate that this reality has been deliberately sought to be suppressed over the decades, feels the community.

“The exodus has been designated as migration and the victims termed as migrants rather than refugees or displaced by force by the successive Central and state governments. We are victims of terrorism. We were forced out of our homes. How we can be migrants?” asks Panun Kashmir activist Ramesh Manwati.

Kashmiri Pandits have been waiting for justice for the past thirty years. “Our numbers have been suppressed, FIRs not lodged, our houses have been looted and burnt, temples desecrated and land encroached (upon) in Kashmir. And, there is no one to talk about our plight, neither any human rights body nor any political leader,” says Mahaldar.