Can Harry and Meghan ever escape the paparazzi? - GulfToday

Can Harry and Meghan ever escape the paparazzi? 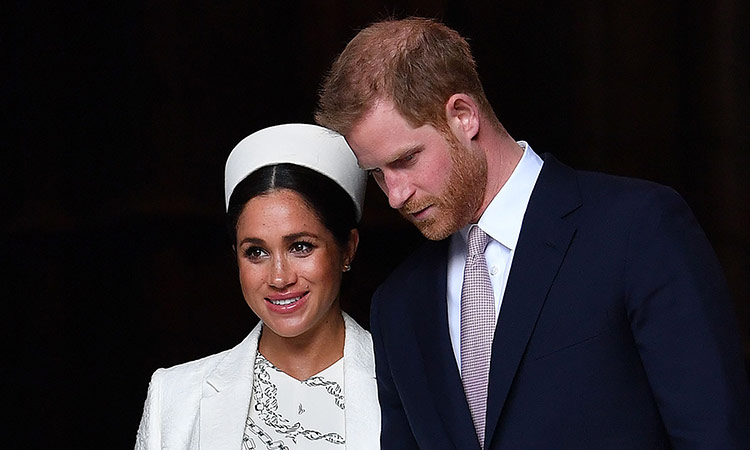 I suspected this would happen. Days before Meghan Markle, the American TV actress, and Prince Harry walked into a castle cathedral to marry, creating a magical moment of diversity and good will, I wondered if a royal life would suffocate her.

“After Markle opens her 185th community centre, she may long for the independence she once had,” I wrote in an op-ed. Now, she does.

“Then, again, with Harry sixth in line to the throne and out of reasonable contention for the crown, maybe the two of them can chart an unconventional course,” I suggested.

And now they are. But the announcement that Harry and Meghan, now the duke and duchess of Sussex, intend to “step back as ‘senior’ members of the Royal Family and work to become financially independent” is not just unconventional, it’s unprecedented. Generally, it takes abdication (the Duke of Windsor) or divorce (Diana, the princess of Wales) to get out of what the Brits call “the firm.”

The couple also “plan to balance our time between the United Kingdom and North America” while still continuing some of their royal duties and work on their own charities.

That’s a little like Melania Trump declaring she will divide her time between Washington, D.C., and other cities — and only do first lady events when she feels like it. (OK, she kind of already does that. But you get the idea.)

But this isn’t just Meghan being bored. In fact, in her scant year and a half plus as a royal, she has already done things differently. She guest-edited the September issue of British Vogue; she wrangled a group of retailers and designers into creating a capsule collection of work-appropriate clothes to benefit the charity Smart Works, which helps women find jobs. (For every item sold, one identical item was donated to a woman through Smart Works.)

And it’s only brought her scathing reviews in the British press. The tabloids may be cheekily calling this move “Megxit,” but it’s really an exit by her husband as well. Harry despises the press — the paparazzi, in particular — for their role in the tragic death of his mother.

Many royals go through periods of negative press coverage. But Meghan had a particular bull’s-eye on her back and not through any faux pas of her own. (Although, telling her security detail at Wimbledon to instruct other people in the stands not to take her picture was a pretty high-handed move.)

Nor do I think the hyper-criticism of Meghan, who is black, is about racism. (And I’m black, so spare me the “you don’t understand racism” email you were just about to dash off.) I think it’s about sexism and a resentment of her being American. I’ve read Brits online criticise her for speaking up, for somehow not giving Harry the lead when they make an appearance together, for soaking up too much of the spotlight and having the temerity to reinvent the kind of do-good work that royals do. By contrast, Kate Middleton, Prince William’s wife, appears to be more traditional. She doesn’t speak much publicly, and, when she does, she echoes what William says.

Tabloids have accused Meghan of being selfish, of upsetting her sister-in-law Kate, of coming between Harry and his brother, Prince William. She’s practically cast as the Yoko Ono of the British royal family.

In a televised interview while she and Harry were traveling in Africa late last year, Meghan said she tried having a British stiff upper lip and all that, but she was struggling. “I never thought that this would be easy,” she said of becoming a member of one of the most chronicled families in the world. “But I thought it would be fair.”

She says that when she began dating Harry, “my British friends said to me, ‘I’m sure he’s great, but you shouldn’t do it, because the British tabloids will destroy your life.’” (She’s currently suing one of those tabloids for publishing a letter she wrote to her estranged father.)

Well, now that she and Harry are not only “stepping back” from royal life, they’re cutting off the access of the usual lineup of British papers (including tabloids) — essentially the royal press pool. The couple explains that decision — as well as their goal of becoming financially independent — in a surprisingly detailed layout of their strategy on their website.

So, in a way, the tabloids have essentially run them out of Britain.

The royal couple did manage to disappear from the sight of news photographers last month when they went to Canada for the Christmas holidays with their baby, Archie.

But they’re never going to escape the focus of the photographers and writers they don’t want following them. Sure, they can cancel pool availability in favour of hand-picked media and organisations, but that won’t make tabloid coverage disappear.

This has always been the push-and-pull of life as a privileged British royal. Maintaining their marketability as public figures is a big part of what allows members of the royal family to go on living in palaces, traveling the world representing Britain and promoting causes.

How Harry and Meghan chart a middle course between being part of the family and being affluent private citizens just going to yoga and hanging out with their pal Oprah Winfrey remains to be seen. Clearly they’ve thought about how to keep the money coming in while continuing their work with nonprofits and social causes — and keeping that work off the official royal family schedule of events. They talk about it on their website.

Of course, they could become financially independent by selling themselves as promoters of almost anything. Advertisers would die to have them. But Harry and Meghan have fashioned themselves as socially conscious royals who care deeply about human rights, diversity, the environment. The last thing they should be doing is making money promoting, say, Hotels.com on TV. (Remember poor Sarah Ferguson doing time as a spokesperson for Weight Watchers?)

That would probably wreck what’s left of their good standing not just with the queen — but with the rest of us.