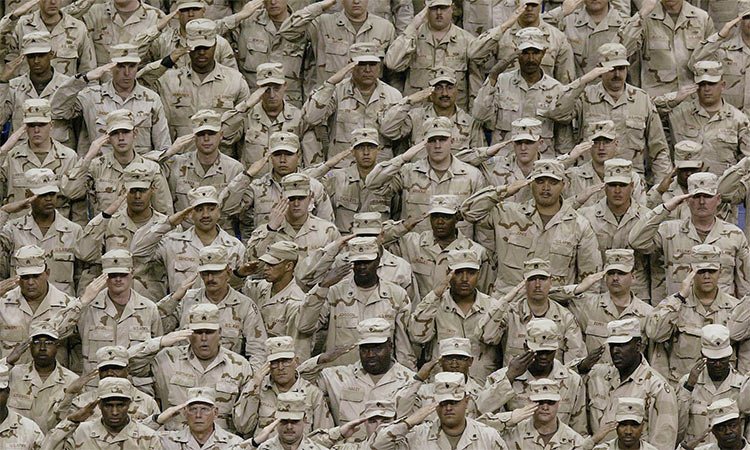 By ignoring Iraqi Prime Minister Adel Abdel Mahdi’s call for the US to dispatch a team to Baghdad to establish a mechanism for the withdrawal of all foreign forces from his country, the Trump administration has transformed a mission tasked with aiding Iraq in the fight against Daesh into an occupation force.

Following the US assassination of Iranian Quds Force commander Qassem Soleimani at Baghdad’s airport, Abdel Mahdi wrote on his Facebook page that Iraq was determined to “keep the best relations” with allies but the country’s parliament had decided that the US and others “should safely withdraw troops” from Iraq. He also complained there “are American forces entering Iraq and American drones flying in its skies without permission from the Iraqi government, and that this constitutes breaches of agreements in place.”

Based on an executive-to-executive agreement, which was never ratified by the Iraqi parliament, the current US deployment enjoys little legitimacy in any case.

Instead of taking his message into account, the US State Department replied by saying “at this time, any delegation sent to Iraq would be dedicated to discussing how to best recommit to our strategic partnership — not to discuss troop withdrawal, but our right, appropriate force posture in the Middle East.”

This statement amounted to an assertion of “mission creep” or evolution from a narrow agreed task to a wider focus, which has not and will not be agreed.

This communication made it clear that the US military mission was not tasked primarily with the battle against Daesh, which was the sole purpose agreed with Baghdad for the return of US forces to Iraq following their 2011 pull out.

The limited anti-Daesh deployment had become a semi-permanent force intended to contain and confront Iran. This is not at all what the Iraqis expected or are prepared to accept. Iraq does not want to become a battle ground in the conflict between the US and Iran.

By reinstating the occupation, the Trump administration has revived anti-US sentiment and granted anti-US militias the right to resist by mounting attacks on US and allied troops. This opens the way for pro-Iranian militias to mount legitimate attacks on bases hosting US military personnel and threatens Iraqi as well as US forces based at these facilities and threatens the stability of Iraq.

The Trump administration’s  determination to stay on weakens the US and strengthens Iran which becomes Iraq’s partner in the anti-occupation struggle — just as Britain became the partner of national resistance forces against the Nazi occupation of France and other countries during World War II.

Furthermore, the refusal of the US to discuss withdrawal weakens the already weak caretaker Iraqi government under Abdel Mahdi, undermines the authority of Iraq’s parliament, and confuses the tens of thousands of Iraqi protesters who have been chanting, “Iran out!” Pro-Iranian militias are more determined than ever to crush the rebellion, which has seized the country since October 1st.  Hostility to the US has long been used by militia leaders to justify the existence of these armed groups and their role in politics, especially when they are considered Iranian agents. The US air strikes have given them an opportunity to reassert their power and legitimacy, harming the protesters’ struggle for a demilitarisation of political forces and the restriction of weapons to the regular army.

Protesters have now to focus on two external antagonists, Iran and the US, as well as the corrupt and inept domestic regime they have forged for Iraq in the wake of the US war.  The unacceptable status quo has just been given a major boost.

There is a political price to pay for the Trump administration’s stand. So far, Iraqis demonstrating for a new order have not sorted out how to deal with the post-Solieman assassination scene. However, pro-Iranian Shia Hizbollah and Amal have torpedoed efforts by Lebanon’s designated Prime Minister Hassan Diab to form a technocratic government which is meant to be tasked with “fixing” the country’s broken political system and rescuing its economy.

Highlighting the presence in Iraq of US troops reawakens memories of the 1990 imposition of punitive sanctions and the first Bush war in 1991. Sanctions killed half a million Iraqi children from malnutrition and lack of medicines between 1990-96 and crippled the economy while the war destroyed electricity plants and other key infrastructure and killed thousands. Iraqis struggled to get round sanctions and get over hardship and death.  The second Bush war and occupation, touted to “liberate” Iraqis, elicited a destructive insurgency and imposed the ethno-sectarian regime which has robbed the state, persecuted Sunnis, and enabled Daesh to seize 30 per cent of the country.

When I visited Baghdad in May 2003, Iraqi archaeologists were counting the costs of the looting of the national museum following the US capture of the capital while Iraqi citizens were puzzling over mysterious arsonists who torched iconic buildings and telephone exchanges. US soldiers patrolling the city kicked in doors to homes, trashed them, and seized valuables from owners. During the US token handover to the interim Iraqi government in June 2004, Iraqis climbed onto the rooftops of buildings to cheer mortars as they landed in the Green Zone hosting the occupation regime. There were few cheers for “liberation.”

Iraqis ask why the US, which had withdrawn its troops by the end of 2011, did nothing to counter Daesh’s seizure of Falluja and Ramadi in early 2014 but waited to get involved in the campaign only after Daesh captured Mosul and large tracts of territory in the north. Why, Iraqis ask, after years of training and arming by US forces, the post-war Iraqi army has not been able to meet the challenges posed by Daesh and other insurgents?

The answer to this is, of course, the sectarianism and graft that soared during and after the occupation.  These are the legacies of US “liberation” which hundreds of thousands of Iraq protesters are now pouring into the streets to demand a new system of governance. 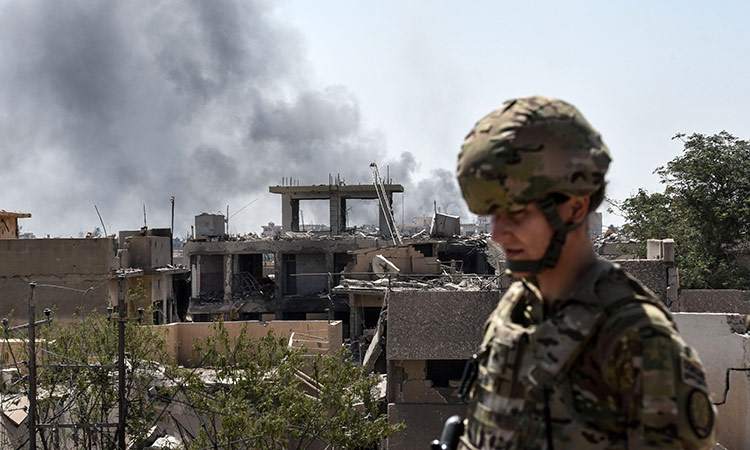 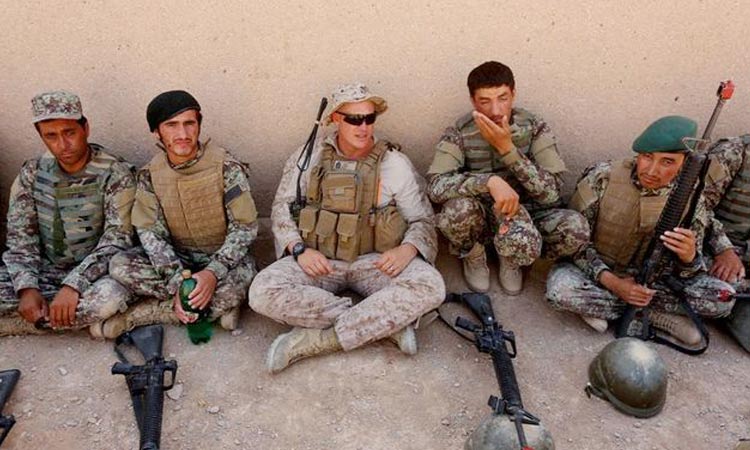 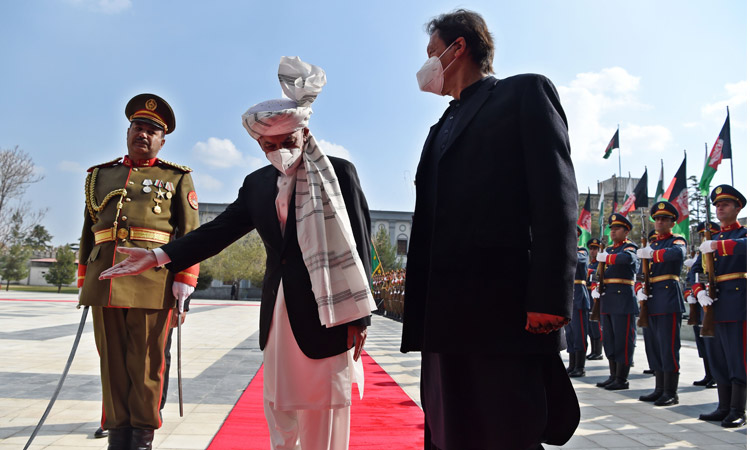 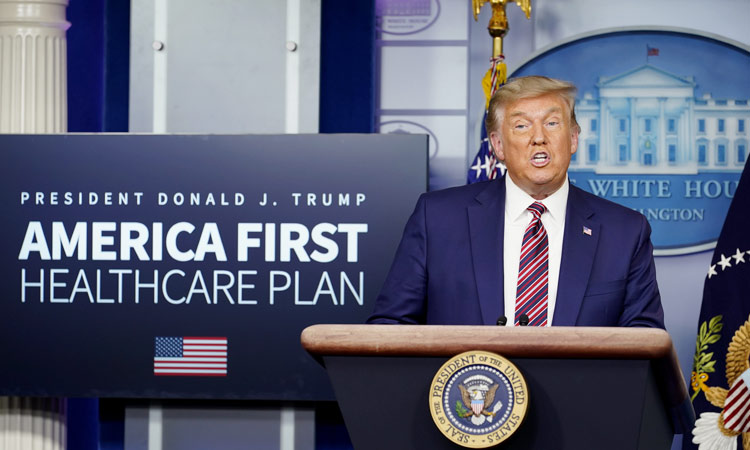