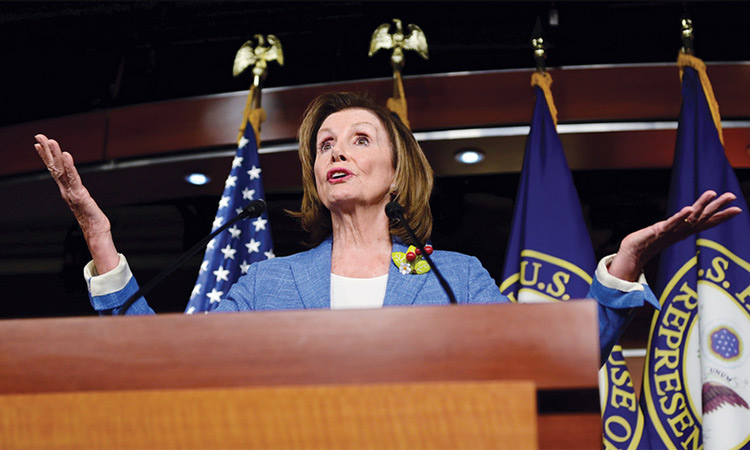 One striking thing about House Speaker Nancy Pelosi’s decision to delay sending articles of impeachment against President Donald Trump to the Senate is that she doesn’t actually have any real leverage. Senate Republicans are free to ignore the articles passed by Democrats in the House of Representatives on Dec. 18. Indeed, Senate Majority Leader Mitch McConnell has said that’s exactly what he’s doing. Pelosi’s move calls to mind the threat by Sheriff Bart in “Blazing Saddles” to kill himself when he’s about to be lynched.

And yet ... that’s not quite the end of the story.

What Pelosi and House Democrats (plus independent Representative Justin Amash, the Michigan libertarian who left the Republican Party last July) want is to use the Senate trial to force new information about Trump’s actions to be revealed. They are convinced that such information would be incriminating and would harm Trump and his supporters.

Delaying the trial, which might have started this week had Pelosi acted promptly after the impeachment vote, might achieve that in two ways.

One has little to do with the Senate trial itself: It’s simply that the investigation is continuing, and that time will allow more information to surface in various ways. That’s already happened a bit, with reporting on how Trump operatives engineered a freeze on military aid to Ukraine last summer as a maneuver to pressure that country’s government to investigate the son of former vice president and Trump rival Joe Biden, and on Pentagon concerns that the freeze was illegal. On Monday, former National Security Adviser John Bolton said for the first time that he would testify in a Senate trial if subpoenaed.

Perhaps all of this would have happened anyway, but then again it’s still possible that a continued delay would drum up further revelations. And yes, perhaps this is also a sign that the House did in fact rush the impeachment process, as Republicans like to charge.

Another possibility is that Pelosi’s ploy might work exactly the way Sheriff Bart’s did: By confusing the White House into self-destructive behaviour. Trump could certainly just call Pelosi’s bluff and ignore impeachment, but he also could, and so far has, blustered about it in ways that are not likely to win new support for him.

Against all that is the question of what individual senators make of the delay. McConnell doesn’t get to decide trial procedures in the Senate; any majority of 51 senators can request or deny witnesses, documents and anything else. If marginal Democrats such as West Virginia’s Joe Manchin and marginal Republicans such as Maine’s Susan Collins and Alaska’s Lisa Murkowski are more likely to vote for the kind of trial Pelosi wants, then the delay is sensible; if they’re more likely to see the whole thing as a partisan gimmick and therefore support McConnell’s idea of a trial, then holding on to the articles is a mistake.

My guess is that the standoff won’t go on much longer — that the risk of a backlash from marginal senators is too high to make benefits from delay worthwhile. But that’s just an outsider’s guess, and I’d temper it with quite a bit of history demonstrating that Pelosi knows how to count votes and act based on solid information.

Then again, in this case most of the votes are in the other chamber and the other party, so it’s not quite the same as moving a piece of legislation to the House floor. Overall? I’m not quite willing to say that if Pelosi is doing something it must be sensible. But on a tactic like this one for which success depends on accurately understanding insider information, I think there’s a pretty good chance that she’ll get it right. 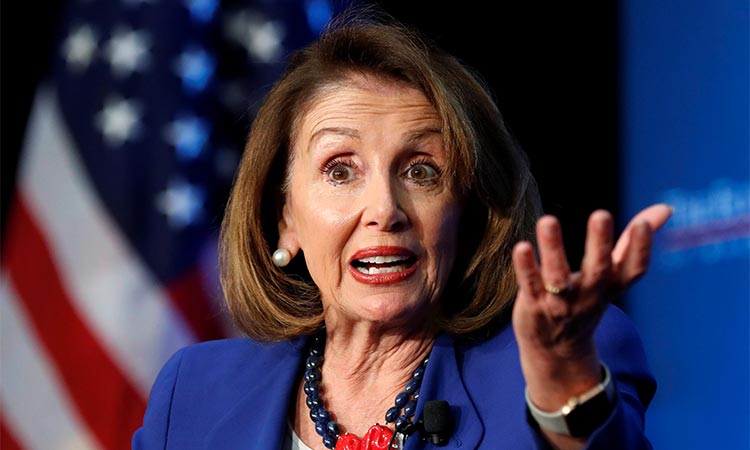 Signing of the times

The morning TV news and the local papers contain items about Nancy Pelosi signing the impeachment order for President Trump, a major political event although the emphasis