"The UAE Nation Brand represents our map, our identity and our rising aspirations."

The official launch of the ‘Seven Lines’ logo as the UAE Nation Brand by His Highness Sheikh Mohammed Bin Rashid Al Maktoum, UAE Vice President, Prime Minister and Ruler of Dubai, and His Highness Sheikh Mohamed Bin Zayed Al Nahyan, Crown Prince of Abu Dhabi and Deputy Supreme Commander of the UAE Armed Forces, is a joyous moment for the nation as it impressively shares the inspiring story of the Emirates.

The logo, which attracted the majority of 10.6 million votes cast from all over the world to choose the design, impeccably complements the slogan ‘Make it Happen’, by capturing the ambitions, achievements, openness, hope and the culture of possibilities that are an integral part of the country’s fabric.

An interesting aspect of the campaign is that the voters have contributed to planting as many as 10 million trees to empower communities in areas affected by climate change in Nepal and Indonesia as the UAE had promised to plant a tree for every vote as part of the campaign.

At a time when the world is rattled by global warming challenges, the tree plantations would contribute to safeguarding biodiversity, combating climate change, protecting the environment and empowering vulnerable communities affected by climate change.

The initiative reflects the UAE’s values of giving and reinforces the country’s role as a beacon of hope in the world.

The UAE will focus on planting millions of mangroves and tropical forests to promote food security and empower families in Numfoor Island, one of the most disadvantaged areas of Indonesia where subsistence farmers and fishers make up approximately 75 per cent of the population.

In Nepal, the UAE will plant millions of mangroves at the Amaltaari planting site in Nawalparasi, home to endangered species including leopards and the elusive Bengal tiger.

The tree plantations are expected to empower thousands of local people, mostly farmers, and improve their lives.

The popularity of the campaign could be gauged by the fact that the humanitarian initiative attracted an overwhelming global response with 10.6 million votes from 185 countries and 500 million social media views by the end of the voting campaign on Dec.31, 2019.

As Sheikh Mohammed Bin Rashid himself stated, “The UAE Nation Brand represents our map, our identity and our rising aspirations. It also represents seven emirates, seven founders and seven horses with which we will compete in the global race for development. Opening the vote globally to choose the design of the UAE Nation Brand highlights the human dimension of the UAE’s values of partnership and openness.”

Brilliant creativity has been recognised as the ‘Seven Lines’ logo powerfully captures the values of unity and cooperation that the national project, its custodians and the 49 innovators who worked on it included in the design of the UAE Nation Brand with the aim of creating an unprecedented development experience and raising the Emirates’ profile on the world map.

The logo portrays the seven emirates and the seven founding fathers in ascending lines that express unlimited ambition.

The slogan ‘Make it Happen’, which will drive the UAE Nation Brand, is hugely inspiring and embodies the culture of possibilities that distinguishes the country’s story, the thinking of its leaders and the nature of the projects it launches.

The UAE Nation Brand tells the story of our union, our unity, our future and of a country that is firmly making its mark across the world, as well stated by Sheikh Mohamed Bin Zayed. 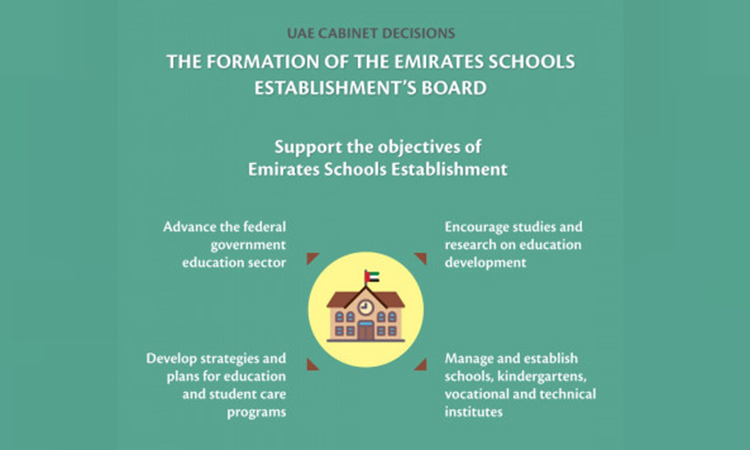