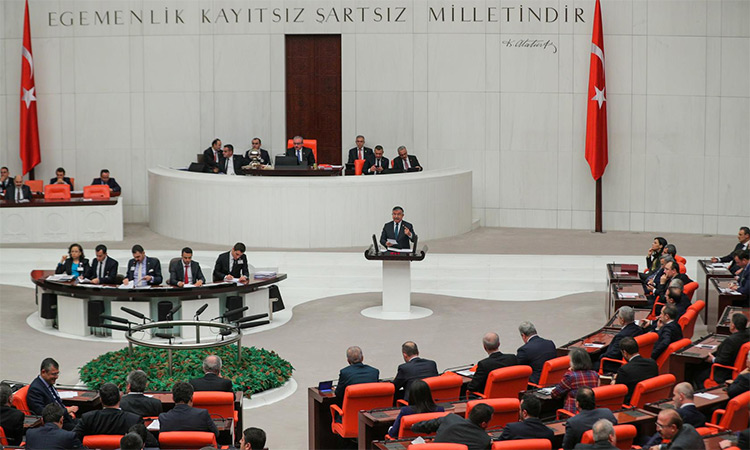 The UAE, Saudi Arabia and Egypt have stressed their rejection of any interference that violates the sovereignty of any Arab country.

The Libyan people have suffered for too long and all that they are looking for is peace and development. Prolonged instability has added to their woes.

In this background, the UAE, Saudi Arabia, Bahrain, and Egypt are absolutely right in rejecting the Turkish parliament’s passing of a motion earlier this week to allow a military intervention in Libya.

The Quartet has rightly stressed its categorical rejection of any external interference that violates the sovereignty and independence of any Arab country by any party. The Arab bloc’s concern surrounding security challenges, external intervention and terrorist threats experienced on Libyan soil and its neighbouring countries is genuine and valid.

The United Arab Emirates had made it clear on Friday that the decision by Turkey to send military forces to Libya was in a stark violation of the international community’s and UN Security Council’s resolutions on Libya, according to the Security Council Committee established pursuant to Resolution 1970 of 2011 to prevent the sale or supply of arms to Libya without its approval.

Such a decision could hamper efforts to regain stability in this Arab country, the UAE Ministry of Foreign Affairs and International Cooperation had stated.

The Ministry had warned of the repercussions of any Turkish military intervention in Libya and reiterated its rejection of any false pretexts used by Turkey.

The Ministry had also clearly underlined the dangerous role played by Turkey through its deployment of terrorist elements in Libya, which shows the pressing need to support efforts to revive the stability of the Libyan state against Turkish-backed armed groups and militias.

It also referred to the violation committed by Fayez Al-Sarraj of the December 2015 Libyan Political Agreement, signed in Sukheirat, Morocco, noting in particular Article 8, which did not authorise Al-Sarraj to sign agreements unilaterally.

The UN Secretary-General António Guterres had released a statement on Friday, renewing his call for an immediate ceasefire in Libya and a return to political dialogue.

Terror groups should not be allowed to take advantage of the troubled situation prevailing in the country and turn Libya into a haven for their nefarious activities. Libyans deserve to live in a normal country with normal political institutions, with peace, security and prosperity.

The recent Turkish parliament decision to approve military intervention within Libya is surely a condemnable step. There can be no doubt that such a move violates international law and covenants, and should be considered an attack on Libyan sovereignty and territorial integrity.

The international community cannot afford to be complacent on the issue and should act immediately to ensure a halt to any foreign intervention against any Arab country.

As the joint statement by the Quartet indicated, the importance of supporting a political solution for the security and stability of peoples and nations of the region and the world should never be underestimated.

It is imperative that all efforts are taken to preserve the interests of the Libyan people as well as the Libyan security, stability and territorial integrity.