A minister in the ‘mission and delivery’ mode - GulfToday 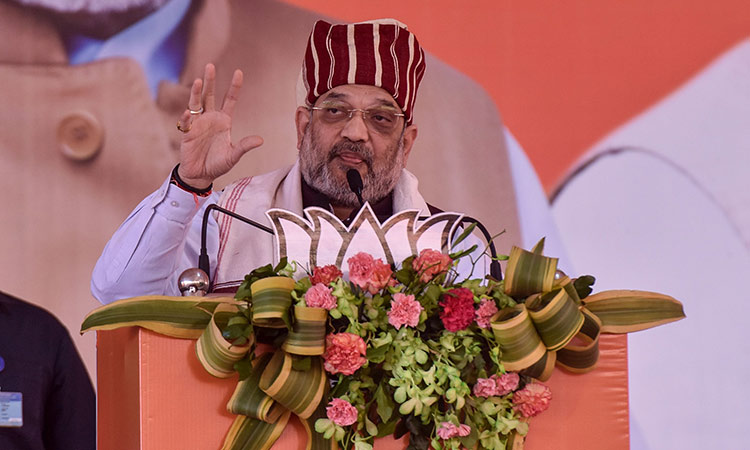 Intelligence Bureau’s Centenary Endowment Lecture on December 23 was appropriately delivered by the Union Home Minister, Amit Shah, who analysed the security scenario of the country in some detail — covering the entire range of threats from intrusion of our borders, internal violence of terrorists, Naxalites and agents provocateurs, to the formidable challenge of dealing with the dangers facing Cyber Security.

He pitched national security on top of the country’s agenda, called for a proactive approach on the part of our security and intelligence set-up in identifying any incipient threat to the nation and wanted IB to further enhance its capabilities for operational follow up on Intelligence to ensure action.

He emphasised the importance of analysis as a tool for reading what lay ahead so that a pre-emptive response could be planned in time. With a professional insight into matters of security, the Home Minister made the point that no piece of Intelligence should be underestimated as it might be the proverbial tip of the iceberg indicating a much wider and deeper source of danger. Also, he did not forget to remind the Intelligence community that human channels of information will always remain important even as the role of technology for security was constantly on the ascent.

The Home Minister’s call to the agencies handling national security -- including those in uniform -- to establish a new professional benchmark would no doubt pave the way for them to plan an upgrade and pursue the objective of capacity building with a new incentive. The IB Centenary was the right occasion for the Home Minister to deliver the message of pursuit of excellence, give an assurance of full support to the security set-up and demand complete coordination amongst various agencies including those like NIA who investigated terror cases and other security- related offences.

The address of the Home Minister to the security and Intelligence professionals exhorting them to strive to do their best, complemented Prime Minister Narendra Modi’s advice to the probationers of All India Civil Services that he gave in his speech at Kevadia on the National Unity Day, asking them to remember that ‘mission and delivery’ should be their motto during their service for ‘the cause of the nation and the common man’. It is good to see both PM and Home Minister counselling the officials who handle security and development at the decision-making levels, to work with the highest degree of awareness and efficiency.

In the Indian context, three new challenges on the national security front arose in recent times — trans-border terrorism that compelled the government to induct the army in counter-terror operations on our own soil, persistent violence by Naxalites in the Dandakaranya belt to which the Centre had rightly responded with the policy of handling the problem at the level of both police measures and development initiatives and the rising danger to cyber security that now required building up of a strong organisational and operational framework on a note of urgency.

The Home Minister commended the defence forces for creating a deterrence for the adversary by taking their counter-terror strikes beyond the border and rightly contended that in matters of national security there was ‘no half-way house’ as the complete elimination of a threat had to be the mission of the security and intelligence set-up of the country. Amit Shah’s address was well received for its content and optimistic outlook.

It is presumed that our agencies are already engaged in filling up any gaps that might still be there in their organisational strength and operational protocols. In any security and intelligence review, the aim always is to strive to reduce the gap between ‘information’ and ‘action’, enhance the outreach and strengthen inter- agency coordination. IB’s operational follow-up with state police and intelligence was always strong but nomination of ‘nodal officers’ of the state for joint action might make it more efficient — the principle in play there will be that any search, seizure or arrest will be carried out by a police officer.

Heads of Local Intelligence Units in the districts, if suitably trained, can enrich the set-up by acting as such nodal officers for assisting joint IB-State Intelligence operations. Extending IB’s outreach to other enforcement agencies engaged in detecting illicit drugs, arms and explosives or fake currency is extremely important as some follow-up from the national security perspective will be required in most cases. In another plane detection of security breach of our land and sea boundaries and of violation of our air space by a rogue aircraft or flying object needed to be reported also to IB for examining if it was the fore-runner of a developing threat.

IB, being the nation’s lead counter-intelligence organisation, must have the benefit of receiving Intelligence generated by other Intelligence agencies of the Centre — both civilian and military — besides State Special Branches and likewise it must be kept informed of the action being taken in pursuit of national security-related cases launched by the National Investigation Agency (NIA), Central Bureau of Investigation (CBI) and Enforcement Directorate (ED). Analysis wing of the Intelligence Bureau (IB) has to be sufficiently enlarged and officers from across the security set-up of the country inducted in it for good results.

Since national security matters are handled by agencies working under the umbrellas of Ministries of Home, Defence, External Affairs and Finance besides Prime Minister’s Office, there has to be plenty of inter-ministerial interaction for maintaining the right grid of security orientation. Our diplomats have to have a grounding on national security threats and the policies framed for dealing with them. They may have to have deeper home connectivity to get the idea of the directions for diplomacy. The National Security Council Secretariat under the National Security Advisor may be best placed to hold periodic briefing sessions between groups of diplomats and IB on one hand and between the Ministry of Defence (MoD) and Ministry of Home Affairs (MHA) on the other, on security policy.

Finally, India’s bureaucracy and police, manned at senior levels by officers of the All India Civil Services, need to be sensitised on national security perspectives during their training itself. For this, the Centre has, through the NSCS, enriched the content of the Foundation Course that is jointly attended by all Civil Services Probationers at LBSNAA, Mussoorie. This early exposure of officers to national security issues would pave the way for better coordination amongst them in the latter years of their service career. A discussion on India’s strategic affairs and national security should also be incorporated in the refresher courses run for senior officers by the training establishments of the respective Civil Services.