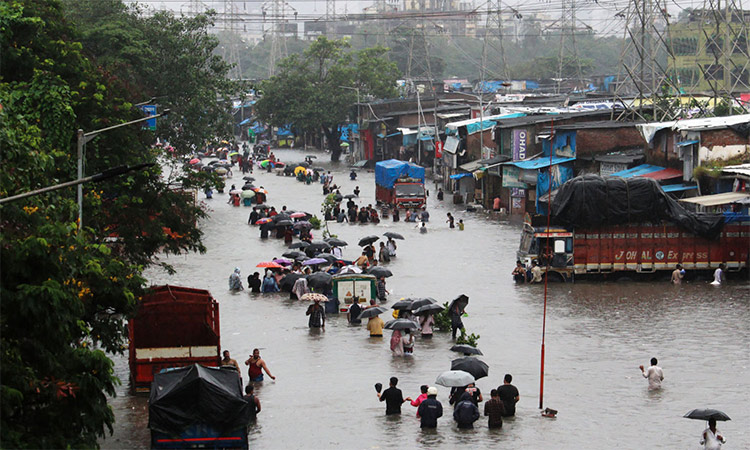 A study warns that as much as 55% of glaciers in the Sutlej basin may disappear by 2050.

In a study published in the journal Nature, the researchers from the IITM, Ministry of Earth Sciences, Pune, report a two-fold expansion of the Indo-Pacific warm pool — the largest expanse of the warmest ocean temperatures on Earth. They find that the expansion of this warm pool has altered the most dominant mode of weather fluctuation originating in the tropics, known as the Madden Julian Oscillation (MJO). This warming of the Indo-Pacific Ocean is occurring due to man-made emissions. Over north India, the impact is reduction of rainfall during the winter-spring season (November–April).

Another study by researchers from the Indian Institute of Science warned that as much as 55% of glaciers in the Sutlej basin may disappear by 2050 and 97% by 2090, under extreme climate change scenarios. Using ice thickness of glaciers as the basis, scientists also estimated that glaciers in the Hindu Kush Himalayas might contain 27% less ice than previously suggested.

The tropical Indian Ocean is warming at a faster rate compared to other tropical oceans. The warming trends show a basin-scale surface warming with peak warming in the central equatorial Indian Ocean. This warming is favourable for weakening the monsoon Hadley circulation and strengthening the trade winds in the Pacific.

These changes in the MJO behaviour have increased the rainfall over northern Australia, west Pacific, Amazon basin, southwest Africa and southeast Asia (Indonesia, Philippines and Papua New Guinea). At the same time these changes have brought a decline in rainfall over central Pacific, along the west and east coast of United States (e.g., California), north India, east Africa, and the Yangtze basin in China.

The MJO is characterised by a band of rain clouds moving eastward over the tropics. The MJO regulates tropical cyclones, the monsoons, and the El Nino cycle — and occasionally contributes to severe weather events over Asia, Australia, Africa, Europe and the Americas. The MJO travels a stretch of 12,000–20,000 kms over the tropical oceans, mainly over the Indo-Pacific warm pool, which has ocean temperatures generally warmer than 28°C.

The Fifth Assessment Report published by the Intergovernmental Panel on Climate Change (IPCC) in 2013 revealed that the ocean had absorbed more than 93% of the excess heat from greenhouse gas emissions since the 1970s. This is causing ocean temperatures to rise.

Data from the US National Oceanic and Atmospheric Administration (NOAA) shows that the average global sea surface temperature – the temperature of the upper few metres of the ocean – has increased by approximately 0.13°C per decade over the past 100 years.

Experts stress that achieving the mitigation targets set by the Paris Agreement on climate change and limiting the global average temperature increase to well below 2°C above pre-industrial levels is crucial to prevent the massive, irreversible impacts of ocean warming on marine ecosystems and their services. Establishing marine protected areas and putting in place adaptive measures, such as precautionary catch limits to prevent overfishing, can protect ocean ecosystems and shield humans from the effects of ocean warming.